Sara Goodman on rebooting 'I know what you did last summer' 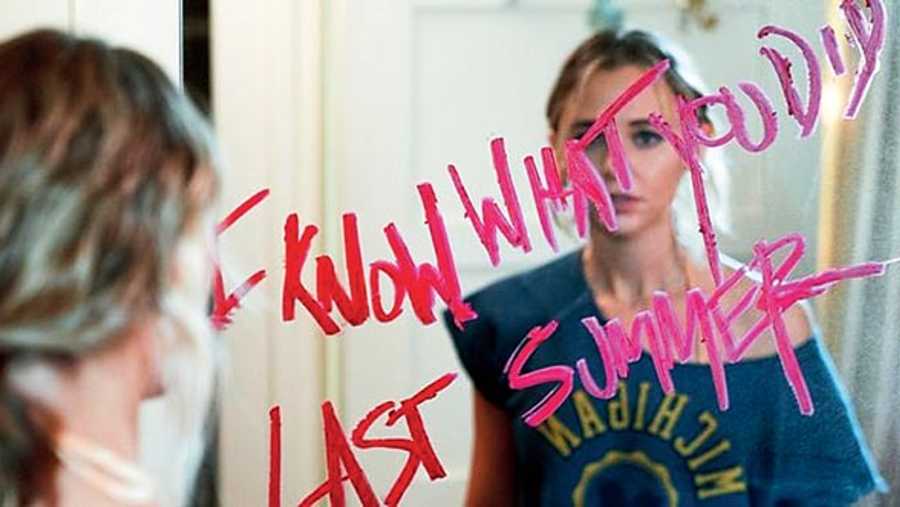 Close to 25 years ago, Jennifer Love Hewitt, Sarah Michelle Gellar, Freddie Prinze Jr. and Ryan Phillippe starred in I Know What You Did Last Summer. The teen horror mystery — in which a group friends are stalked by a hook-wielding killer one year after covering up a car accident in which they killed a man, and drew its source material from Lois Duncan’s 1973 novel of the same name — became a bonafide hit and was credited with revitalising the slasher genre in the ’90s.

Now a series reboot of the film, which tweaks the story and setting to fit the times we are living in, but strives to stay true to the franchise’s original elements, is streaming on Amazon Prime Video. Over a video call, t2 chatted with Sara Goodman — the writer and showrunner of the 2021 reboot — on the experience of upgrading the iconic film. Goodman has notable writing credits, including Gossip Girl and Preacher.

What can you promise the audience with this new take of I Know What You Did Last Summer?

What changes did you have to make to set this story in modern times?

It was a great challenge. Technology has changed so much, and stalking per se, which is the main pivot of this story, has now been made easy by the advent of social media. You never feel safe when you have your phone... someone can always reach you, someone can always know where you are. I found that as a great tool in the story, just in terms of keeping a threat looming over the characters. When you get a message, you never know what it’s going to be.

We live in a time, in terms of social media, where people do feel that they are being watched all the time. We think we know everyone when we actually don’t. Keeping the times we are in in mind, the duality of the characters and keeping secrets takes on a whole new level in this story.

I am very detail oriented. The hardest thing was trying to show that all the characters could have done it, and to show that they all had access and motivation. The hardest thing was keeping all of those mysteries alive and not just feeling that I was doing a mislead... that each of the characters was guilty of something, that each of them was hiding something. So, to weave all of that with the mystery of who is after them — all the while making sense and ensuring that they track well — was satisfying, both emotionally and in terms of telling the story.

Rebooting and upgrading an iconic film is a double-edged sword. Curiosity will guarantee you initial eyeballs, but it also comes with the weight of expectations. Did that play on your mind while you were writing this?

I had to keep that aside. If you are worried the whole time about what’s everyone’s opinions are going to be when you are trying to create something, it’s paralysing. You can’t be constantly thinking how much you are going to disappoint an audience that loves something else... I think it’s impossible.

So I really had to put all that aside and work with the writing staff to create what I felt was the best, most modern, most interesting version for right now, all the while continuing to have love and respect for the movie as well as the novel. I just hope that the people who loved the movie are going to give us a chance (smiles). I have little treats for them scattered throughout. It’s a different generation that will watch this and hopefully they will all like it, in a different way.

What will make the series appeal to the original fans of the franchise and also draw in a new generation of viewers?

I think this will appeal to the original fans because it has the original premise, it has familiar shout outs and something bad still happened last summer! (Laughs) So I am hoping that part will stay.

These characters represent teens and those in their early 20s. What they go through in the series is pretty much what people at their age are going through. I hope the younger generation likes these characters and wants to spend time with them... and also hope that they don’t die (laughs).

Why change it to a TV series?

There are two parts to this. First, I loved the movie and I didn’t really want to make it as another movie. I love TV and doing episodes gives one the opportunity to tell a story in detail. It gives you a chance at fleshing out the characters and their relationships with each other. These are things that you don’t really have time to explore in an hour-and-a-half. 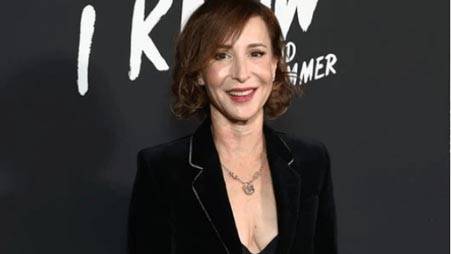 What aspects of the original story fascinate you the most?

That tell-tale guilt of how do you live when you know that you have done something wrong and made a terrible mistake... how do you live with yourself? And what people do to move on from that. That’s very interesting to me.

The other thing that’s really interesting to me is the question of what would you do? And that we all think we know what we would do and yet we actually don’t. I remember these conversations I had and I still have them with myself... ‘What will I do if this happens? What will I do if that happens?’ I think that scenario of what will you do in a situation like this and you have no real answers for it, is interesting. That continues to drive me in terms of who we are, the decisions we make and how those affect the rest of our lives.

You’ve been the creator of some popular TV shows over the years. With the advent of streaming platforms and hence, so much entertainment, how do you ensure your writing stands out in order for people to watch it?

Ya, that’s a real challenge. People have so much to choose from when it comes to entertainment today. As a writer and creator, you have to make something that you really want to watch. Something that you feel isn’t out there yet. Which is hard, you know, there is so much out there that I like too. I am definitely a huge consumer of television and streaming. But if you get too caught up in what everyone else is telling you, then it’s hard to tune out all that noise and make something that is very specific. Something that is in it’s own world and is not trying to be something else. And have hope and faith that people will find it.

You’ve worked on the supernatural hit Preacher. What is your relationship with the horror genre, in general?

When I was a little girl, the screening of Evil Dead (1981) happened in my drawing room. That’s because my dad was one of the dentists who gave (writer-director) Sam Raimi money to make that movie. And I think some bad thing happened to my genetics at that point! (Laughs)

I like horror. And what’s interesting for me about Preacher is that we always went too far (smiles).  That was part of the DNA of the show. I like that. There is an absurdity to it, but there’s also that feeling that the audience has where they don’t quite know where you are going to stop. That’s very compelling and keeps people tense... it keeps me tense even when I am writing it. I like psychological horror a lot. And life is scary!