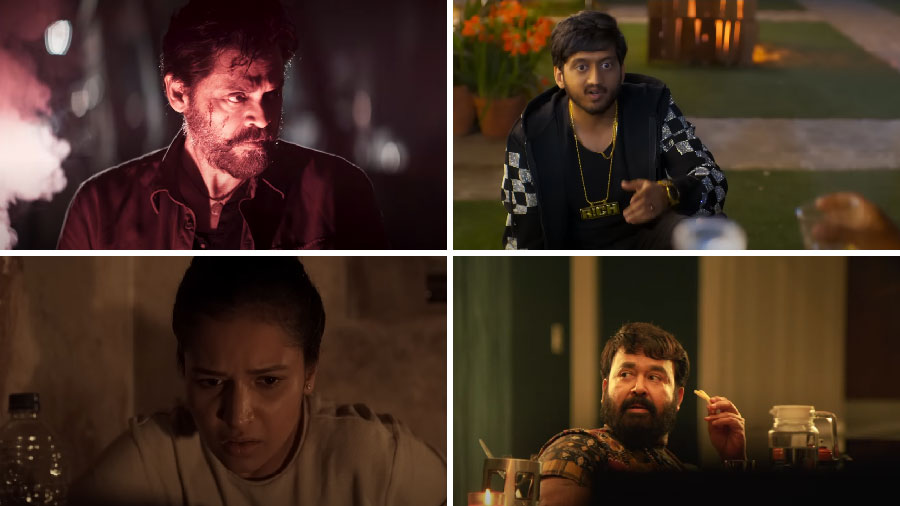 Niharika Entertainment on Wednesday dropped the first teaser of its upcoming Telugu-language action film Saindhav. Written & Directed By Dr Sailesh Kolanu, the film stars Venkatesh Daggubati in the lead role. The music for the film is composed by Santhosh Narayanan.

In the two-minute-16-second-long teaser, we see Venkatesh’s character in a shipment area. He takes out a chemical from a freezer box and then operates a JCB machine to unearth a cargo container. He gets inside the container and takes out guns from it. In the end, we see him get back to the same spot where the teaser began, but now we see several injured men lying in front of him.

The three-minute-six-second-long trailer shows us a young man named Jaggu (Amey Wagh), a dancer who goes to a hill station with his family and then leaves for a solo trip from there. He meets a girl named Juliet (Vaidehi Parshurami) on the trip and falls in love.

The 57-second-long teaser shows us glimpses of a dark world. We also see Brinda Acharya, who plays the lead in the film, struggling to overcome her fears. The synopsis reads, “Her soul is as fierce as lioness, igniting the spark of gallant, glory and guts. Tackling the coercion behind the dark doors, through her inner strength, power and intellect.”

Juliet 2 will be released in February.

Aashirvad Cinemas unveiled the new teaser of Malayalam star Mohanlal’s upcoming movie Alone. Directed by Shaji Kailas, this film marks the reunion of Mohanlal and Shaji after a gap of 12 years. The actor-director duo had earlier delivered hits like Aaram Thamburan and Narasimham.

The 31-second-long teaser shows Mohanlal’s character Kalidasan, who wears a see-through mask. He also suggests his various other preferred names. Staying true to the title, we don’t see any other person in the teaser besides Kalidasan.