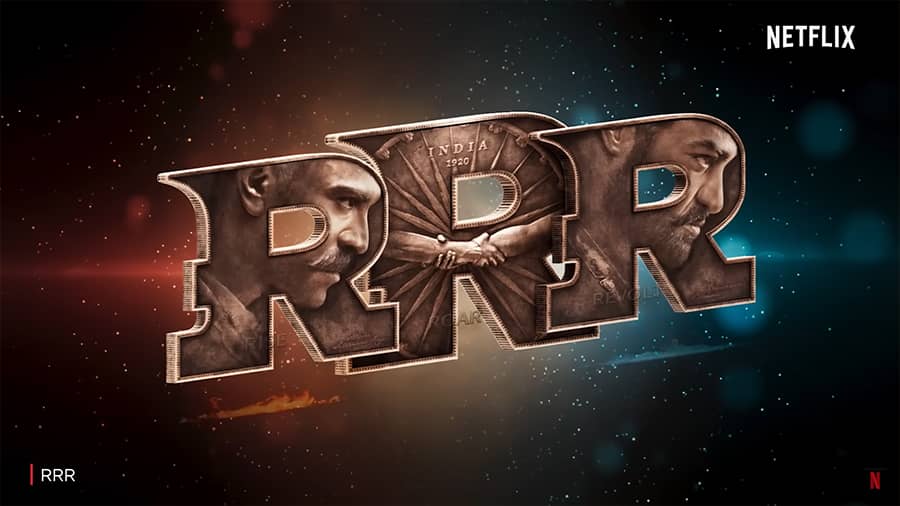 Netflix on Thursday announced that the Hindi version of SS Rajamouli's historical action epic RRR has become the most popular film from India on the streaming platform globally.

Two months after its global theatrical premiere, the Hindi-dubbed version of the Telugu movie was released on Netflix on May 20.

According to Netflix, the Hindi version of RRR, which has a three-hour-two minute runtime, has been viewed for “over 45 million hours” across the world.

“RRR is now the most popular Indian film on Netflix around the world,” Netflix announced on Twitter.

RRR is now the most popular Indian film on Netflix around the world 🕺🕺
Sending the biggest 🤝 to fans everywhere! pic.twitter.com/WEOw0nb515

The film, which was pegged as a pan-India movie and was also dubbed in Tamil, Malayalam and Kannada, chronicles a pre-Independence fictional story woven around two real Indian revolutionaries in the 1920s; Alluri Sitarama Raju, played by Ram Charan, and Komaram Bheem, essayed by N.T Rama Rao Jr.

The SS Rajamouli-directed film, also one of the most successful Indian films of 2022, has minted over Rs 1,200 crore at the box office worldwide.

Rajamouli's execution of his ambitious vision, the actors’ performances, the gravity-defying action stunts, and the song Naacho Naacho (or Naatu Naatu in Telugu), composed by M M Keeravani, all got overwhelmingly positive reviews.

Made on a budget of 550 crore rupees, RRR was the most expensive Indian film at the time of its release. Upon its release on March 25, RRR grossed Rs 240 crore, breaking the record for the highest opening-day collection earned by an Indian film.

The Telugu, Tamil, Malayalam and Kannada versions of RRR started streaming on ZEE5 from May 20.