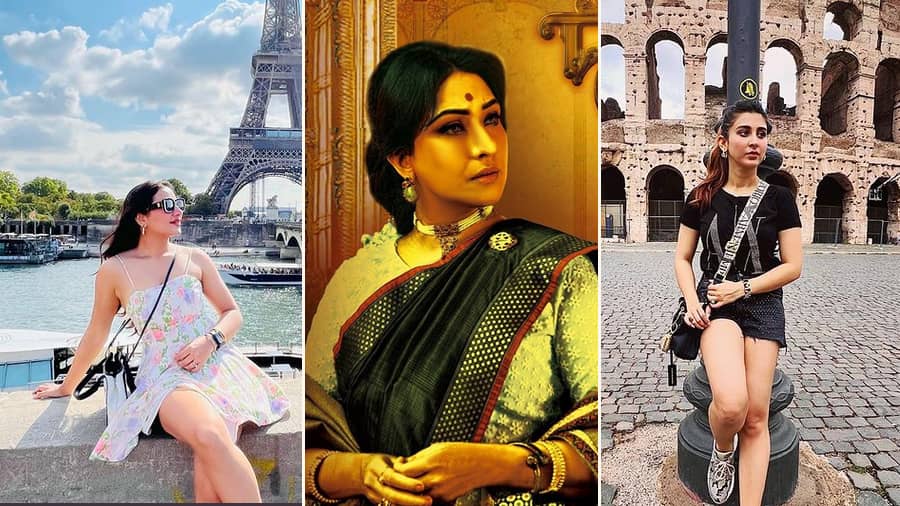 Rituparna Sengupta shared a poster from her upcoming film Datta, based on Sarat Chandra Chattopadhyay’s novel of the same name. Directed by Nirmal Chakraborty, the film is a homage to the Bengali author on his 146th birth anniversary.

Never heard of Ranna Pujo? Then, hear it directly from Parambrata, who also reveals a lot about the latest song from his directorial film, Boudi Canteen.

Subhashree says “Bonjour Paris” with the Eiffel Tower in the background, posing pretty in a floral outfit. Subhashree is holidaying with her husband, director Raj Chakrabarty, and son Yuvaan.

“Food makes me the happiest girl in the whole wide world! Swipe to see before and after!” writes Rukmini.