Portraying a character with a heavy baggage of trauma was mentally taxing, says the National Award-winning actor 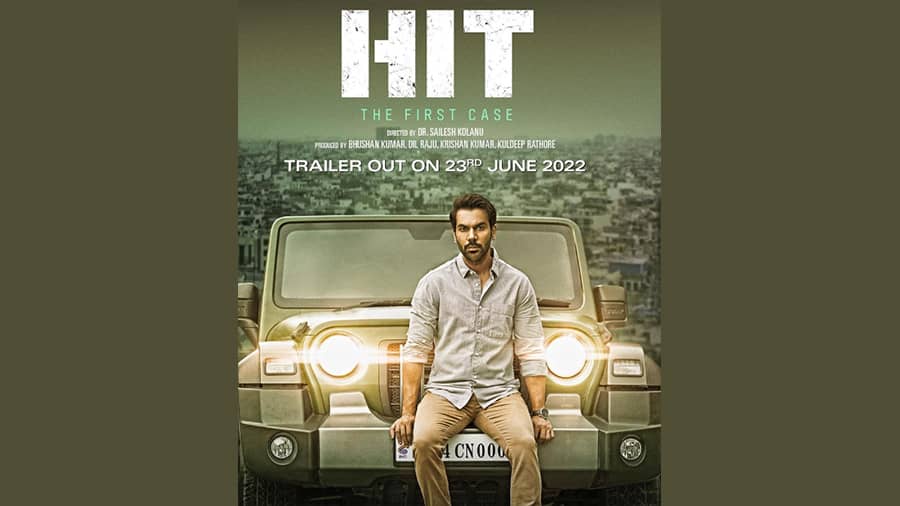 Playing a police officer with Post Traumatic Stress Disorder (PTSD) in his upcoming film HIT - The First Case was a memorable experience for actor Rajkummar Rao, who says he gravitates toward complex characters.

In his 12-year-long career, Rajkummar has impressed the audience with his stellar performances in films such as Shahid, Trapped and Newton, among others.

In HIT - The First Case, he plays Vikram, a cop who is on the trail of a missing woman while he struggles with mental health issues.

“It is a great part because it is so complex. I like things that are complex in my characters. I don’t want it to be one journey, there has to be twists and turns. There has to be conflicts in your character’s head,” Rajkummar said in an interview.

The National Award winner said he enjoyed working on the film as he got an opportunity to delve into the psyche of someone “carrying a lot of trauma from his past”.

“He has baggage. That trauma has turned into PTSD, he gets panic attacks. He is so passionate about his work, but his job is such that it gets triggering sometimes,” the 37-year-old actor added.

Since there was no reference point to his character, Rajkummar said he read a lot about PTSD and watched several videos of people with the disorder.

“I wanted it to be truthful as there are people who are suffering from this disorder. I couldn’t do anything from my imagination, it had to be factual. So, I was carrying that baggage throughout. Those triggers were real for me whenever it used to happen on sets. Mentally, it was a taxing film,” he said.

On many occasions during the shooting, the actor said it would take him a while to come out of the character, even when they were done for the day.

“There are some scenes which are very intense in nature. So, it used to take some time to get out of it. It was not an easy film or an easy character to portray… But that’s what I enjoy when challenges are thrown at me. I get nervous and scared and that’s when I push myself. It was such a wonderfully etched-out character. It was something I hadn’t done earlier,” the Newton actor said.

This is not the first time Rajkummar has played a police officer. Most recently, in Badhaai Do he played a small-town cop, who is a closeted gay man.

People in uniform are often depicted as “the bravest of the brave” and what HIT - The First Case does is humanise them, he added.

“The difference between our film and other films is that our cop is very humane. We always show a cop as a macho, somebody who is well built, the bravest of the brave… But in HIT, he is somebody who has his own trauma. That’s what makes Vikram Jaisingh very human and that he is somebody with whom you could relate to. We all carry our own baggage, regrets and guilt in life,” the actor said.

HIT - The First Case is the Hindi remake of the 2020 Telugu hit of the same name directed by Sailesh Kolanu, who also helmed the original film.

Also starring Sanya Malhotra, the film is produced by Bhushan Kumar, Dil Raju, Krishan Kumar, and Kuldeep Rathore. It is slated to be released on Friday.