‘The lockdown taught us to value things more. Time is precious’ 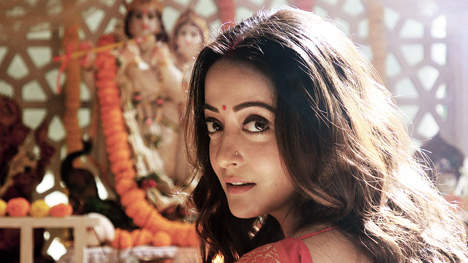 Last year, during the lockdown, I was in the house, and not running here and there. I was concentrating on myself, working out, watching movies, reading books. When I finally started working for Black Widows, I found that there was more focus. Because I was sitting in the house for so long for the first time in my life, I also enjoyed working this time. There was more focus and energy. I missed the me-time but I happily carried on with my work.

Now, I am doing a Netflix web series and an Amazon Prime (Video) web series. I have renewed energy, vigour... more determination and focus. This year I just want to do good stuff. Earlier I was doing a lot of work. A lot of good things have come my way. I don’t want to rush around now and do every movie that I get.

So you want to relax a bit?

Yes, and do only good projects. Last year I enjoyed spending time with myself. At home. I learnt to love my own company. The last year taught us to be more responsible. It taught everyone a lot of things. I learnt to look after myself. The lockdown taught us to value things more. Time is precious, people are precious... don’t take people for granted.

Would you like to travel now, and take off for a holiday?

Not now. Maybe after a few months. I’m fine with it, not missing it at all. I’ve settled into my peaceful life. I’ll travel only for work.

Were you worried about shooting during the pandemic?

I was initially, since I was staying with my parents. Time flew by. I was shooting in Bombay... and they are very careful. We have to do a test every seven days no matter what, and I have done many tests. Now I am not so paranoid.

You played a negative character in Black Widows....

I was excited because they offered me a different kind of a role.

Talking of rushing around, you have been working in films for more than two decades. When you had started off, did you ever think that you would be here for such a long time?!

I never planned anything... I never think of anything long-term like that. When I got in I was pretty young. It is quite amazing that I have been here for so long. But I never planned to be anywhere else but here.

No, because today we are the result of our mistakes. If I did not make those, I would not know better. I am glad I made all my mistakes.

You have worked with some of the best directors and delivered many memorable performances. But do you feel you were a bit casual about some of your film choices in the past?

If I see that the director and the team not giving their hundred per cent or are not up to the mark, they are inefficient or don’t know what they are doing, and I am in the film, then yes, I took it a bit casually. The director is the captain of the ship. Over the years I got very lucky to have worked with some very good directors. I have done some very good films, which have been big hits in Bengal and Bollywood.
Now, I will only work with intelligent people. One evolves as an actor... so now I know more.

Do you like the idea of being part of acting workshops for a film?

I am all for the concept of workshops. It is really helpful and as an actor you have to keep growing. My Tamil film should release this year. I have already done Telugu and Malayalam  films. It is very important to reinvent yourself. I don’t want to just play main lead heroines. I don’t want to be stuck in my own image. To push yourself as an actor, you have to get out of that comfort zone and do something different. That’s the way you grow, evolve and learn. I want to play different kinds of characters. That’s how people remember you. The characters that are now being offered are more substantial and different. There has been a change in the way characters are being written.

What makes the Hello franchise special?

Hello has been a huge hit, it has done very well, people from all over the world have watched Hello. That gives me a responsibility to carry on with the seasons. It is also my duty and responsibility to see Hello grow. It is always good to be a part of a successful brand. You measure your success with each season.

Yes, it is... it has many more characters and it has got lots of twists and turns.

Do you  have a dream role?

I would like to do a film like Jodha Akbar... because it is a period film...because of the grandeur.