Queen of quirk, no judgement

Judgementall Hai Kya, is off to a slow start, making Rs 13.42 crore in two days 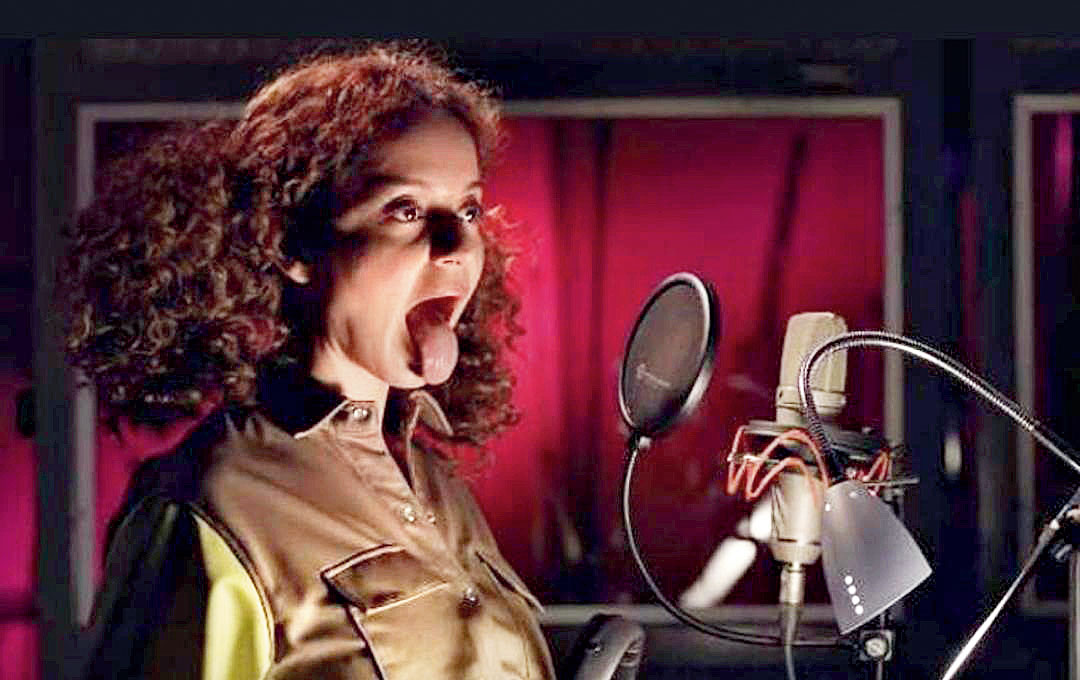 Kangana Ranaut-Rajkummar Rao’s Friday release, Judgementall Hai Kya, has made Rs 11.5 crore in two days, a good start for a film reportedly made on a budget of Rs 29 crore. Twitter is divided, with some cine-goers calling the film “superb”, “one of the best of all time” and others regretting their “waste of money”. Critics have again called it a thriller that leaves audiences on the edge of their seats.

The Woods caught a show of the Prakash Kovelamudi film and here’s what we liked:

Bobby, with acute psychosis is in and out of mental institutions, but doesn’t seem to mind it. She has a black cat named Panauti; dubs for pulpy South Indian movies for a living; hates to take her prescribed medication; and has a sex-deprived boyfriend who doubles up as her manager. She spots a cockroach everywhere in the house that nobody else can spot.

The actress succeeds superbly in leaving the audience lost — what is real and what is a figment of Bobby’s imagination?

When Bobby gets frustrated with the disbelieving cop, she doubts his ability and screams: “Kitne per cent aye the board exam mein?”

The interval ends on a cliffhanger as the what-did-they-just-say dialogues continue. Like when the cops grill Bobby’s boyfriend about their relationship, he says: “Do saal pehle condom khareede the, jeb pe hi expire ho gaya.”

Daniel B. George, who has done the background score for films like Andhadhun, keeps the tempo groovy and moody. The use of 70s songs like Duniya Mein Logo Ko (Apna Desh) and Tauba Tauba (Mr Natwarlal) is an interesting touch.

We also spot stunning frames in the second half as cinematographer Pankaj Kumar — of Haider, Tumbbad, Talvar fame — plays with darkness equally well as he does with colours.

When Bobby bumps into Keshav in London where she is to portray Sita in a modernised Ramayan play, she says: “Main Sita hoon, main tumhe expose kar dungi.” You can’t help but wonder how Kangana playing Bobby seems so meta and if it was merely coincidental. But it doesn’t matter because it brings forth an important issue of gaslighting. Any woman who has ever been gaslighted by a man during the course of a romantic relationship, or otherwise, would be able to relate to the protagonist’s plight. When Bobby is lost among the voices in her head and her vivid hallucinations, you can’t but feel bad for the woman whose narrative is discredited by everyone owing to her mental health.

Unfortunately, the film does fizzle out in the second half. Trying to put across an important message in the garb of a dark comedy, the film gets too scattered and messy. And for a movie that starts off with a credit to Sriram Raghavan — the director of taut and popular thrillers such as Andhadhun and Ek Hasina Thi among others — it lacks his elements of wit, temperament and sleekness. The ending is too predictable and you’re not that invested in the characters anymore. And that’s just a pity.