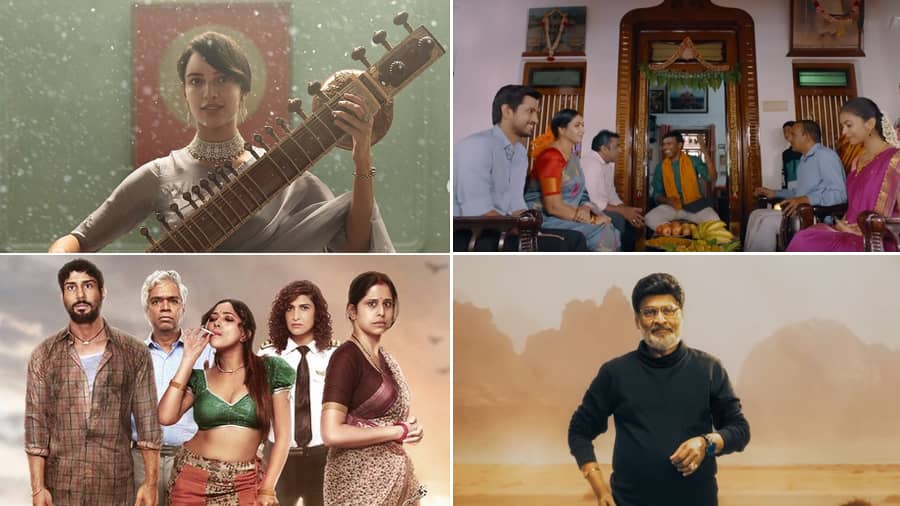 The streamer shared a poster featuring Dimri holding a sitar at a concert. The caption says, “Verified Qala's music hit the right notes 🎶 but in chasing her mother's love her journey skipped several beats. 💔 Come explore her world with us. #Qala streaming on Netflix, December 1st.”

Qala will be streaming on Netflix from December 1.

The almost two-minute-long teaser shows a bride who elopes with her ex-boyfriend, leaving the groom-to-be waiting. The story unfolds when this guy vows to take revenge. The series seems like a humorous take on revenge and an irrational oath which changes the protagonist's fate forever. The series also features Harsha Vardhan, Narayana Amani and Posani Murali Krishna.

In the trailer, we see a church getting taken over by a group of armed goons. The preacher of the church, who has a mysterious life outside his religious practices, schemes to intervene. The music of the film is composed by Karthick Harsha.

The production house shared the poster with all the lead actors in their characters and wrote, “The tragedy you know, the untold stories you don't! #IndiaLockdown premieres 2nd Dec only on #ZEE5”.

India Lockdown will arrive on Zee5 on December 1.