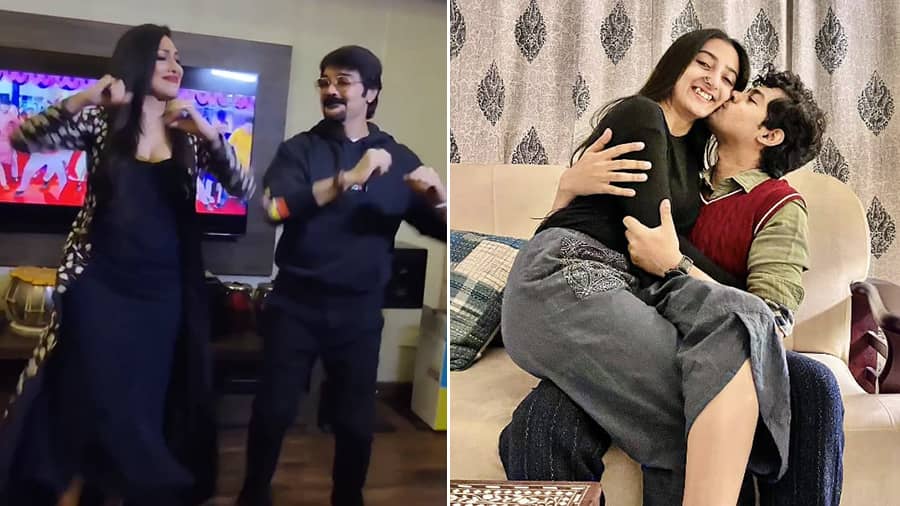 Prosenjit and Rituparna Sengupta grooved to the title track of their upcoming film Prosenjit Weds Rituparna, set to release on November 25.

Ankush Hazra wished his “Borobhai” Abir Chatterjee on his birthday with a throwback click from the sets of the 2013 film Kanamachi.

Priyanka Sarkar and Yash Dasgupta had a blast while shooting for the Dine Dine Tui song sequence, composed by Jeet Gannguli for the film Toke Chhara Banchbo Na. The film is directed by Sujit Mondal and is releasing on November 25.

Sohini Sarkar shared a sun-kissed portrait of herself amidst nature. Her selfcare mantra is “Own who you are”.

Sudipa Chatterjee shared a picture of her first birthday gift from husband Agnidev Chatterjee — a car.

Riddhi Sen wished Ballabhpurer Roopkotha actress Surangama Bandyopadhyay on her 25th birthday with an adorable photo and a heartfelt note.

Rittika Sen won hearts with her new reel in which the actress is seen posing in a white tank top and black joggers.