Prosenjit on premiering 'Nirontor' on television

...and why the release models of films will vary in the future 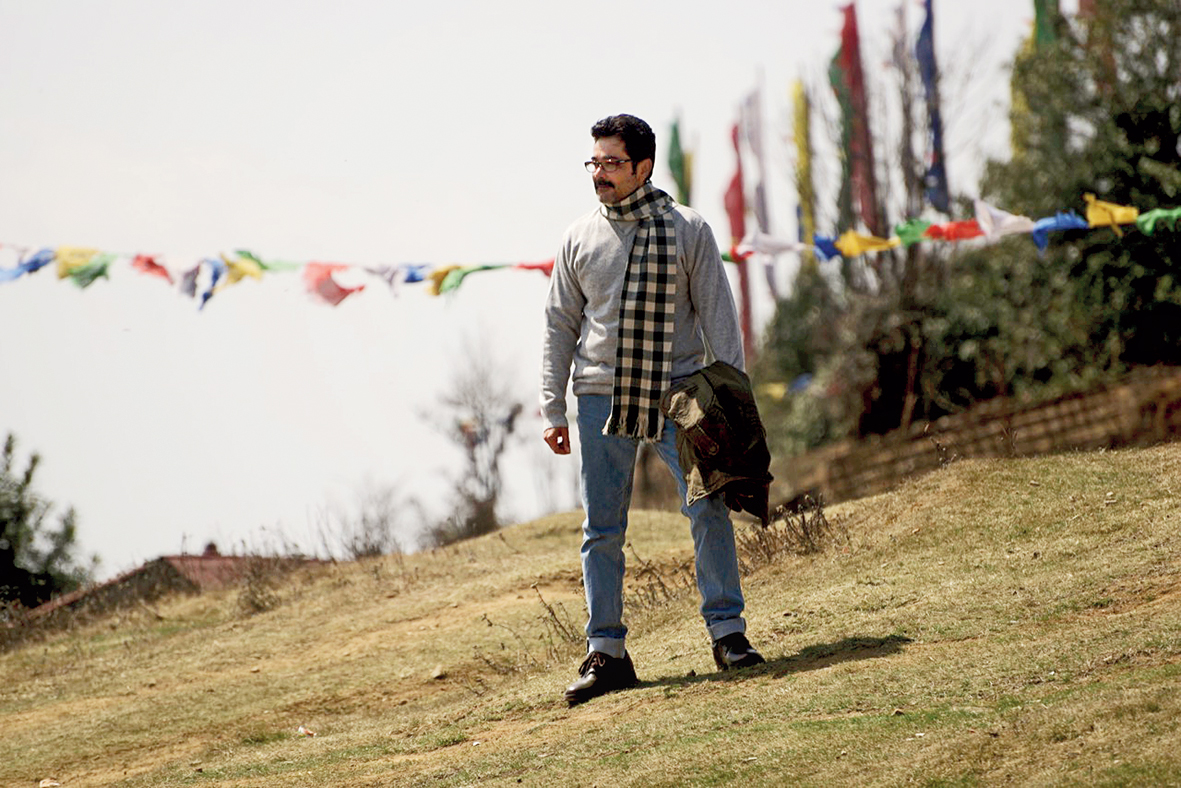 In Chandrasish Ray’s Nirontor, two men with vastly different personalities go on an office trip to look for a plot for the construction of a hotel in the hills. One is a civil engineer (Prosenjit) and the other his young project assistant (Satyam). Detached from the rest of the world, they slowly develop a bond. It is a Prosenjit film but it is unlike any other the superstar has done in the past. Nirontor (The Prologue) premieres on Zee Bangla on June 28 at 3pm.

A chat with Prosenjit....

Why did you decide to premiere Nirontor on television?

I am happy that the film is releasing. And if all goes well, and I have made a request to the channel, we can try to screen it at the theatres when they open in the future. See, we did not take the decision in the last one or two months. Nirontor, which I have produced, was ready. The film was delivered to the channel (Zee Bangla) in December. From December onwards, the rights of the film belong to them. It has been six months now. There are legalities and formalities that need to be maintained. From the beginning I knew this is a film for the festivals and I probably would have released it in theatres like Nandan and a few more. It is not a mass film which needs a huge release. In this case premiering the film on television seemed the best way to go... a lot of people will get to watch it. It is a really good film. And it’ll also be on an OTT platform. In today’s age, it is very important to explore all kinds of options regarding the screening of a film. We need to follow those. Of course, it is a new experience for me to have Nirontor, which has been widely appreciated on the festival circuit, releasing on television. The channel has a huge reach among viewers.

What prompted the move? Was it the digital release of Gulabo Sitabo?

It has nothing to do with Gulabo Sitabo or any other film releasing on OTT platforms. It was a business commitment made in December and I had to execute it as per the terms. Nothing has influenced me.

Nirontor seems like a visually rich film. Will the cinematic experience be true for television?

Of course, the magic of cinema is different. It cannot be replicated or challenged in any way. However, the television experience will be different. It is a sensitive film but the visuals are very important because it talks about nature. However, this is something that we need to accept. There are a lot of films (across languages), which may not do great business at the box office. But the films are sensitive, cerebral, entertaining and people start talking about those films once they come on television or other OTT platforms. People are watching them. Yes, films will release in theatres but some films may not always make their way to the theatres. There can be various reasons for that. Television plays a very big important role in the economics of cinema.

Why did you decide to produce the film? What was so special about the script?

I like supporting young directors. I had watched his short film Dugga. Chandrasish could have easily narrated a script to me with a simple storytelling and a commercial angle. A script with a safe subject so to speak. He did not do that. And I felt this boy had something on his mind. When he narrated me the story, I really liked the purity. His script and storytelling was so pure. Yes, there is a journey, it is driven by emotions.... It is about relationships and talks about hope and nature. I always had faith in Chandrasish that he would make a very good film... and he has done that. Nirontor will be loved by the people who love watching good cinema. Usually I don’t act in the films I produce but the character I played was written so well. The rest of the cast members are fresh... new... I had faith in the choices Chandrasish made on casting. He really got the right people together, the actors who fit the characters. I really appreciate that.

The film was shot in a hush hush manner. Why the need for secrecy?

I really wanted this film to travel a lot to festivals, which it did. I did not want this film to be released like a regular Prosenjit film. I did not want to talk about the film from Day One. It was not a well-planned thing but I wanted to keep it a secret for some time. During the making or even before that there was no publicity around the film.

Tell us about your character...

I play someone who wants to run away. He wants a break. The film goes on to show how nature energises you to regain so many things in life. There are a lot of layers in this character. It is a journey of two people.

How’s the last couple of months been for you?

I am missing everyone, from my co-actors, technicians, camera to my make-up van. I am really missing my audience. Of course, we are all trying to stay positive, but at the end of the day there is concern... for the world. But we must move forward, have hope. Everyone should take care of themselves and be safe.

How will film-making and film screening change in the future?

I am sure cinema halls are going to open but we need to see when and how people come back to the theatres. We need to figure out the revenue models. And coming to feature films, it’s a huge challenge for us... you need people to make films and people at the theatres to make them a success. Both are not happening now. And you cannot make a film from your home. We are all talking, discussing. I have been saying for a long time now that we are content providers and we need to provide content to different platforms accordingly. We have to be aware of what’s happening around the world. It’s a difficult time... let’s hope for the best.