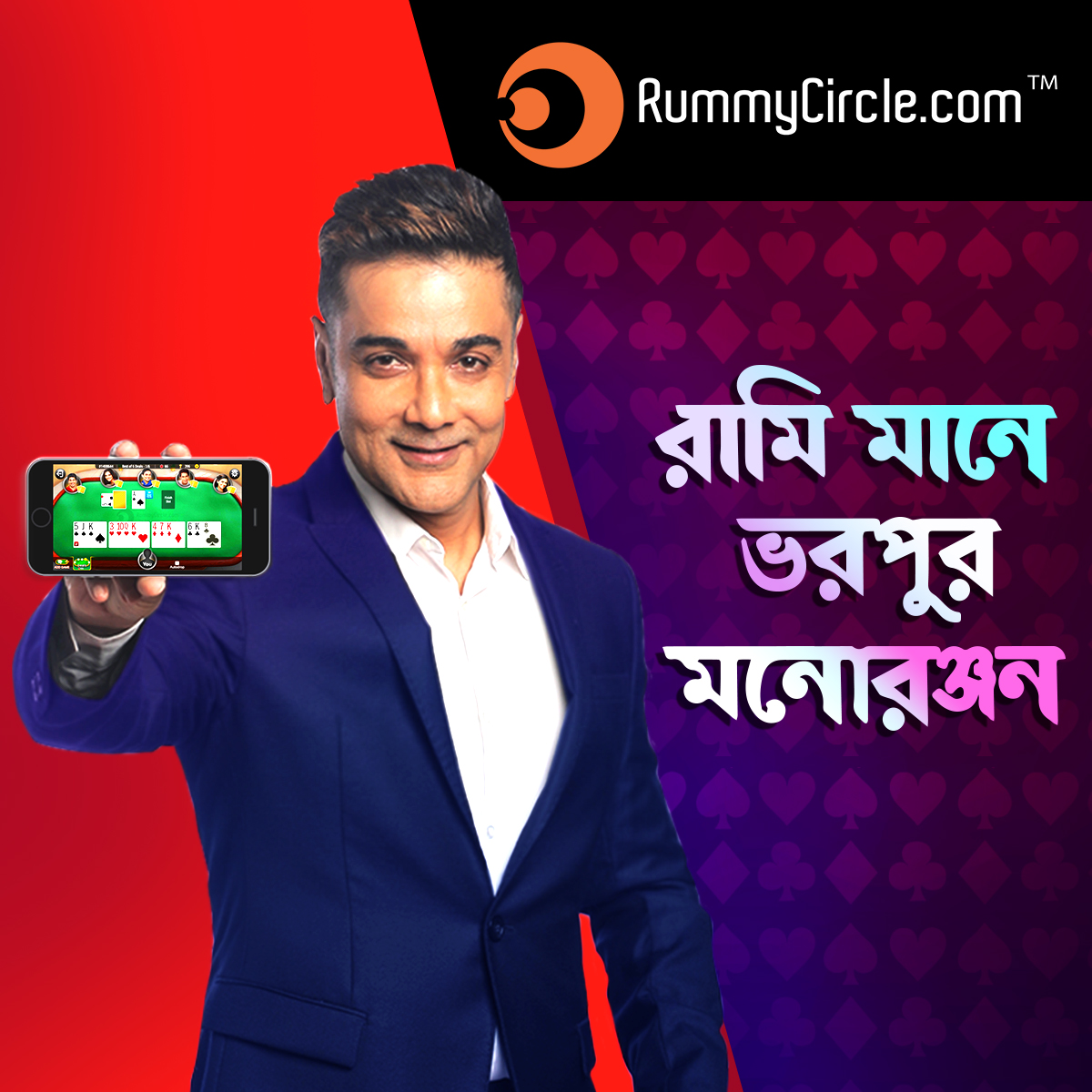 The excitement around rummy is seeing a new height with the launch of the Prosenjit campaign #BhorpurManoranjan. The popular West Bengal actor has joined RummyCircle as the brand ambassador introducing rummy as a game of pure entertainment and thrill.

The popular Indian card game has always got mixed views on the gameplay. Even though the game having high popularity in southern India, it has seen limited penetration in the remaining parts of the country.

The Excitement Around the Campaign

The brand campaign #BhorpurManoranjan has been launched in West Bengal. It shows the popular actor Prosenjit Chatterjee not only playing rummy on his device but also having a blast of a time. What the campaign wants to communicate is, rummy is a game of entertainment. You play the game for the thrill associated with it.

Just immediately after the launch of the video, RummyCircle has seen a remarkable increase in enthusiasm around the game. People want to learn how to play rummy and definitely want to try it out. West Bengal is known as a card game loving state and with this campaign, it is getting the concept of online rummy out there.

One of the challenges that the Indian rummy industry face is the misconception that it is not legal or safe to play online. With this new brand communication, RummyCircle is telling its players that rummy is both safe and legal to play in India. Even though, recently it has been limited in a few states, the rest of India can play rummy for cash without any hinge.

The brand has seen a positive impact of the campaign. With a big celebrity like Prosenjit talking about rummy and seen playing rummy, players feel more confident to try the game out.

RummyCircle is all out to give every player a fantastic gameplay experience. The brand emphasis is on offering an experience with integrity. RummyCircle is a partner with TRF (The Rummy Federation) giving fair play opportunity to each and every player. It has also introduced a new initiative that guides the players towards responsible playing. Further, there is also ‘Game Prudence’ an independent body that counsel players, if the need be.

RummyCircle not only brings awareness for online rummy but makes sure every player is playing within responsible limits. The campaign is all out showing the thrill and challenge that the game offers, but also at the same time, managing your game time and understanding your game strategy. The message is strong, and the execution is light and fun. No doubt, it is connecting with the players and showing success even in its initial days.

RummyCircle is known to host the biggest rummy tournaments in the country, both offline as well as online. `Rummy card game` is a game of skill that helps sharpen the mind and improves focus. What it means is, once you learn how to play the game and keep practicing it, you can master it quite easily. It’s somehow like mathematics, the more you practice, the better you get.

With more and more players joining online rummy, there are new tournaments and cash games that the brand is expected to roll out. Players can have a good time playing the game, no matter where they are and even win cash rewards.

Players can download the app that is available for both Android and iOS and play the game from anywhere. Today, there is a significant amount of time spent on online games. India is going to have over 600 million mobile gamers by 2020. Games are one of the most interactive form of entertainment, keeping them engaged and focused during a gameplay session. To get a sense of achievement, challenge that is both fun and intriguing and get cash rewards, play on RummyCircle.

Disclaimer: This article has been produced by the Brand Studio team in partnership with the Rummy Circle team.