Ponniyin Selvan-I and 4 other period films with A.R. Rahman soundtrack

From the Independence movement to a love story in the Mughal empire, these Rahman soundtracks have explored different horizons 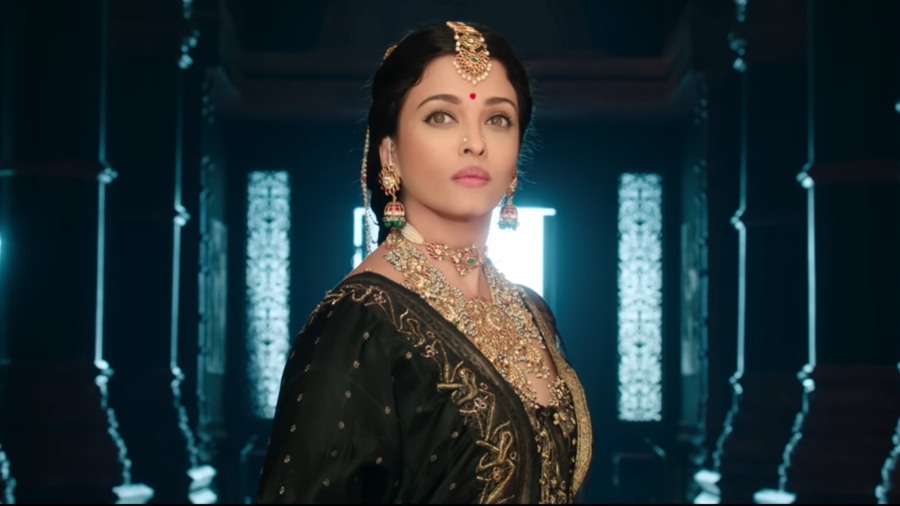 The post-1990 Bollywood soundscape owes much to the genius of A.R. Rahman. From the reggae-inspired light melody to heavy classical overtones mixed with folk strains, the variety of film music composed by the ‘Mozart of Madras’ has caught the world’s eye and brought him two Academy Awards (for Slumdog Millionaire in 2009 and 127 Hours in 2011).

Here are five A.R. Rahman soundtracks for period films to tune into as you gear up to catch Mani Ratnam’s Ponniyin Selvan: I this month-end.

There has been no looking back for A.R. Rahman since he set the score for Mani Ratnam’s 1992 Tamil film Roja. The director-composer duo has embarked on a new mission again as Rahman has composed the soundtrack of Mani Ratman’s magnum opus Ponniyin Selvan: I or Ps-1. Based on Kalki’s epic novel of the same name, the movie is a monumental retelling of the events that led to the Chola dynasty becoming one of the most powerful empires in the south of India during the 10th century.

According to the music maestro himself, recreating a cinematic soundscape of the 10th century has been his biggest challenge yet. Rahman created the music in Tamil and it was then dubbed into Hindi, Telugu, Malayalam and Kannada.

The Hindi soundtrack features the energetic Chola Chola, the romantic Doobi Doobi along with the dramatic Rakshas Mama Re and several others. However, we have picked the eloquent Kaveri Se Milne sung by Rahman himself. It is picturised on Vallavaraiyan Vandiyadevan (played by Karthi), who travels through the southern kingdoms to pass on messages between the Cholas.

Set in the 16th century, Ashutosh Gowariker’s period drama depicts how the romance between Mughal emperor Akbar and his new bride, Princess Jodhaa Bai of Amer, became a symbol of unity of the country. But it wouldn’t have been possible without the magical soundscape created by Rahman.

Rahman successfully conveyed the epic scale of the film through his soundscape and was aided by Javed Akhtar’s masterful lyrics incorporating Urdu, Maithili and Hindi. From the soulful Sufi rendition of Khwaja Mere Khwaja to the irresistibly romantic In Lamhon Ke Daaman Mein, Rahman once again displays his mastery of music in the soundtrack of this period drama.

We have picked Jashn-E-Bahaara sung by Javed Ali. The romantic song plays in the background as a montage shows Akbar slowly falling for the Hindu Princess after the marriage. Actors Hrithik Roshan and Aishwarya Rai also add to the charm of the song.

The third and final instalment of Deepa Mehta’s Elements trilogy, Water is written by Anurag Kashyap. Set in the last stages of British colonial rule in 1938, the film chronicles the lives of rural Indian widows and covers grim subjects like child marriage, misogyny and ostracism.

Rahman’s soundtrack taps into the rich tradition of Hindustani classical music. Five of the songs were penned by Sukhwinder Singh and Raqeeb Alam. Sham Rang Bhar Do depicts the Holi festival, while Vaishnava Janatho is a competent rework of the famous 15th-century Gujarati bhajan.

From this wonderful soundtrack, we have picked the charming Aayo Re Sakhi sung by Sukhwinder Singh and Sadhana Sargam. The song has been used by the filmmaker to indicate the budding romance between a widow and an upper-class man.

Set in 1857, Ketam Mehta’s historical biographical drama Mangal Pandey: The Rising traces the beginning of Sepoy Mutiny. Mangal Pandey was an Indian infantryman who raised voice against British rule and was martyred in Barrackpore. His death sparked the Indian rebellion of 1857, which is known as the First War of Indian Independence.

Once again aided by Javed Akhtar’s lyrics, Rahman’s soundtrack traces the trying times of India’s colonial past. From qawali-inspired Main Vari Vari to Sufi mysticism in Al Madad Maula, the rich soundtrack delves into the various musical traditions of India to give voice to the united voice of a nation against the oppressors.

From the Aamir Khan-starrer’s soundtrack, we have picked Mangal Mangal —  the song has been used during the climactic execution of the protagonist on April 8, 1857. Sung by Kailash Kher, the song aurally captures how Mangal Pandey’s death planted the seeds of rebellion in this land.

Ashutosh Gowariker’s period sports drama Lagaan put Indian cinema back on the world map. Set in 1893, the film shows how the residents of a small Indian village stake their future on a game of cricket against their British rulers.

A. R. Rahman’s dynamic soundscape comprises waltz and folk tunes to breathe life into the movie. From the instrumental track Waltz for a Romance to other songs penned by Javed Akhter, Rahman’s soundtrack perfectly captures the trials, tribulations and the final triumph of the villagers.

We have picked Ghanan Ghanan from the soundtrack — a song used by the villagers to welcome rain clouds after years of drought. Sung by Udit Narayan, Sukhwinder Singh, Alka Yagnik, Shankar Mahadevan and Shaan, the song rises high and hovers among the clouds in search of rain.