Samaritan, a superhero movie headlined by Stallone, will premiere on streaming service Prime Video on August 26 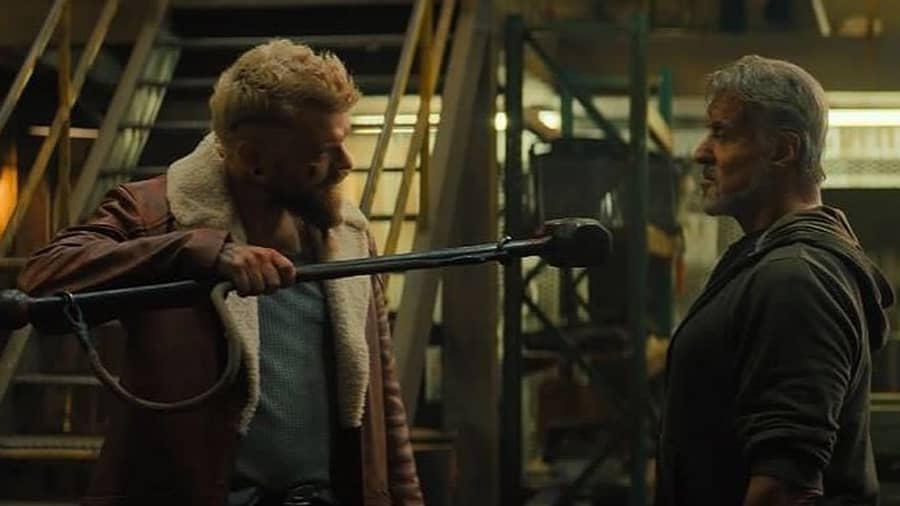 Danish actor Pilou Asbaek says he is grateful for getting the opportunity to play an antagonist with a genuine cause in Samaritan, fronted by Hollywood veteran Sylvester Stallone.

Asbaek, best known for playing the sinister Euron Greyjoy in hit HBO series Game of Thrones, believes the antagonist needs to be good enough to make the protagonist appear heroic.

“A good hero is only as good as a good villain is. If the villain is stupid, idiotic and not very reflective, then the hero can't be a hero because it's too easy,” he said.

“I wish we could have done a little bit more, but I'm happy and very satisfied with what we got and what we did. Some scenes got cut out, but I'm so thankful that you actually got him a little nuanced,” Asbaek said in an interview over Zoom.

Samaritan follows a young boy who comes to the realisation that his favourite superhero, Samaritan (Stallone) who was thought to have gone missing after an epic battle 25 years ago, may in fact still be around.

In the film, Asbaek plays Cyrus, the leader of a street gang, hell bent on wrecking carnage on the fictional Granite City.

The 40-year-old actor said he chose to look at Cyrus from a different perspective as he found the character to be someone who fights for equal rights.

“You get a different perspective that he's actually fighting for the poor. He's fighting for the people who don't have anything. He thinks the rich are the evil people and we should all be equal. And that's a beautiful thought,” he added.

Hailing from a socialist country like Denmark, Asbaek said he could relate to what his character was trying to achieve in the movie.

“I come from a socialist country, Denmark, where you pay a lot in tax and we're all like this. And you know what? I love my country. We have the best healthcare, free education, and free dental care. Everyone takes care of each other and it's kind of beautiful,” he said.

“But Cyrus, he wants to do it with violence and that doesn't work. You've got to do it with democracy and stuff like that,” he pointed out.

The superhero movie will premiere on streaming service Prime Video on August 26.

One good thing to have come out of the coronavirus pandemic, Asbaek said, is that people have started watching diverse content.

“... You have the big-budget films for cinema, but now I can watch them on Netflix or Amazon Prime. I can watch films that I would never ever be able to see, because I would never go to the cinema and see these kinds of films. So yeah, in the middle of this pandemic that's been terrible for the majority of the world, something good came out and it is that we started watching films online,” he said.

Streaming has put the spotlight on different film industries from across the world, he said.

“Today, other countries also got a shot at it, like seeing a Bollywood film. I love that we are swapping culture more than we've ever done before,” he added.

“India is an incredible country. My wife has been there so many times. And I've visited her in Mumbai and we went to Goa, and a whole lot of places. It was amazing. It's a beautiful country... I hope India is going to watch Samaritan when it is released,” the actor said.