Advertisement
Home / Entertainment / Only murders in the building gets everything right

Only murders in the building gets everything right

The show centres around the trio of Charles Haden-Savage, Oliver Putnam and Mabel Mora, whose ways fatefully intersect inside the elevator of the apartment they are residents of 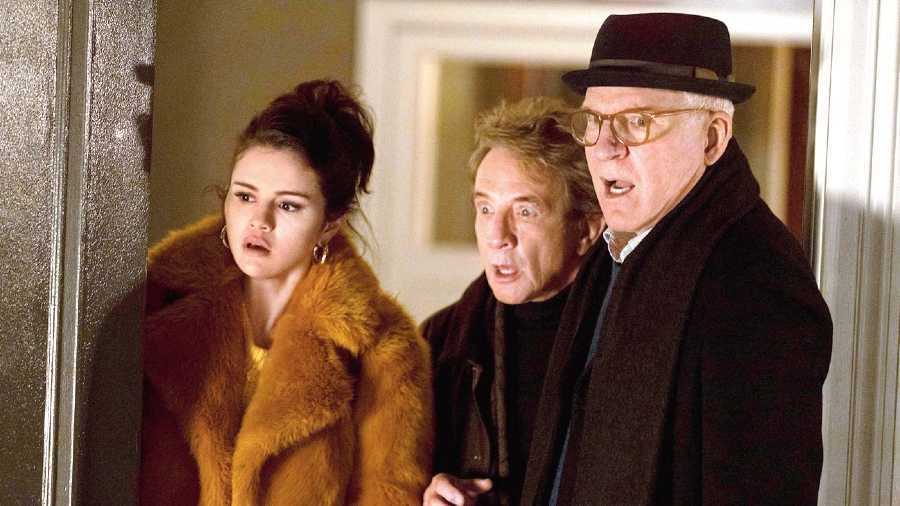 Awhodunit, again? Steve Martin and John Hoffman’s Only Murders in the Building answers the question emphatically, and with style. Streaming on Hulu and Disney+Hotstar, the 10-episode mystery-comedy series gets everything right with its hilarious, quirky and suspenseful flair.

The show centres around the trio of Charles Haden-Savage, Oliver Putnam and Mabel Mora, whose ways fatefully intersect inside the elevator of the building they are residents of. With a murder in the building, Charles and Oliver, well into their “early-mid 60s”, bond with the young and charming Mabel over their shared interest of true crime podcasts. What follows is a delightfully funny and mysterious story peppered with numerous twists and baffling revelations.

Charles, played by show creator and veteran comedian Steven Martin himself, is a shy, misanthropic semi-retired actor and star of a ’90s show called Brazzos. Living at the Arconia for over two decades, he meets Oliver, played by Martin Short, a Broadway director surviving on dips and Gut Milk, whose career went downhill after a blunder of a production and Mabel, played by Selena Gomez, a 28-year-old renovator and an artist living at her aunt’s apartment, on a regular day inside the elevator. Oliver’s loquacious nature and wacky attempts at connecting set the buzz for the entire dynamic to develop between the three.

A murder in the building sets off the entire chain of action. The three meet each other at a restaurant across the Arconia, while the building was being evacuated following the fire alarm being sounded. As amusing as it gets, the three bond over their shared interest of Cindy Canning’s true crime podcasts and they decide to investigate the murder that took place. They realise the man murdered was Tim Kono whom they came across in the elevator, on the day of the incident.

With the investigators ruling it out as death by suicide, the unlikely trio decides to pursue the case, certain of the fact that it was a murder. With both Charles and Oliver struggling to keep their mojo alive, well past their prime, the trio decides to start a podcast — Only Murders in the Building — while pursuing the murder of Tim Kono.

Everything that happens as they start working on the podcast is pleasurably hilarious and unmissable. While Charles struggles with his anxiety, and Oliver stands on the verge of utter destitution and a collapsing relation with his son, Mabel becomes a beacon for them to find the spurt back in their lives. Oliver, with his immensely comical delivery and his attempts at trying to humorously patronise Charles, is a laugh riot in himself. He directs the podcast after acquiring the apparatus, and Charles hosts it, often unsatisfactorily, to Oliver’s dejection. The three develop a sense of charming camaraderie as they dig deeper into the events surrounding the homicide.

However, the stew starts cooking itself as we come to know about the shades of Mabel’s character. Much to their shock, Oliver and Charles are informed of the fact that Tim Kono used to be Mabel’s dear chum. The narrative takes unprecedented turns with deft control and economy. Mabel, after coming clear regarding her issue of not being able to trust people, starts to develop a bond with the two old men, and pursue her old friend’s murderer. The exchanges season the episodes with flavour as she makes them realise that signing their names at the end of their texts is a redundant exercise and Every Breath You Take by The Police is more about a stalker than an immortal love song. It’s funny and sweet at the same time, to see the two men realise things about themselves on interacting more with Mabel.

With the episodes being packed with surprises, we also get to see Sting, in a cameo, as a mostly unlikable resident of the Arconia and one of the trio’s initial suspects. They find it difficult to keep the podcast going with surging costs and around 20 subscribers. But on meeting their hero, podcast star Cindy Canning, played by the ever pleasant Tina Fey, who asks them to “embrace the mess”, they keep it rolling, by acquiring hefty funds from a longtime associate of Oliver’s.

The packed final episodes leave you on the edge of your seat as they connect the dots and Jan (Amy Ryan), a bassoonist and another resident of the Arconia, enters Charles’ life as his love interest. The story begins to unfurl as the trio find themselves getting intrinsically linked with the case while the podcast begins to get the better of them. With every revelation, the podcast becomes a fan favourite and compels the investigators to reconsider the case. As it boils down to the last episode, maddening twists and turns push the trio into a vortex of issues, as they decide on how to conclude the podcast.

The writers breathe life into the Arconia, with its imposing façade being a chronicle in itself. As the story travels, it becomes so much more than a residential building. All the threads link everything back to this fated building itself, which presents itself in a new colour after every development.

Giving an essential push to the backstories of the spectrum of characters, the Arconia becomes dearer to the trio than ever. It is where they rediscover themselves and learn to “embrace their mess”. As the finale episode closes, you are left hanging from a frustrating cliff. With the show being renewed for a new season, one can only hope to have our favourite trio back at it.

As expected, Steven Martin keeps it tidy and deftly tempered with his brilliant acting chops, while Martin Short knocks it out of the park as the madcap Oliver, as the veterans of comedy steer this incredible and ingenious show.

But one can’t help and marvel at Selena Gomez as Mabel. Infusing a charming sense of maturity, comic timing and vulnerability, Selena makes Mabel stand out as a finely fleshed-out connecting factor with outrageously colour-coded outfits. Defined colour combinations and brilliantly scored background music by Siddhartha Khosla define the mood of the episodes, as we walk with the characters and ask ourselves, “Who is Tim Kono?”