Two films, a radio show, a wedding and a baby - Neha Dhupia is having an eventful year 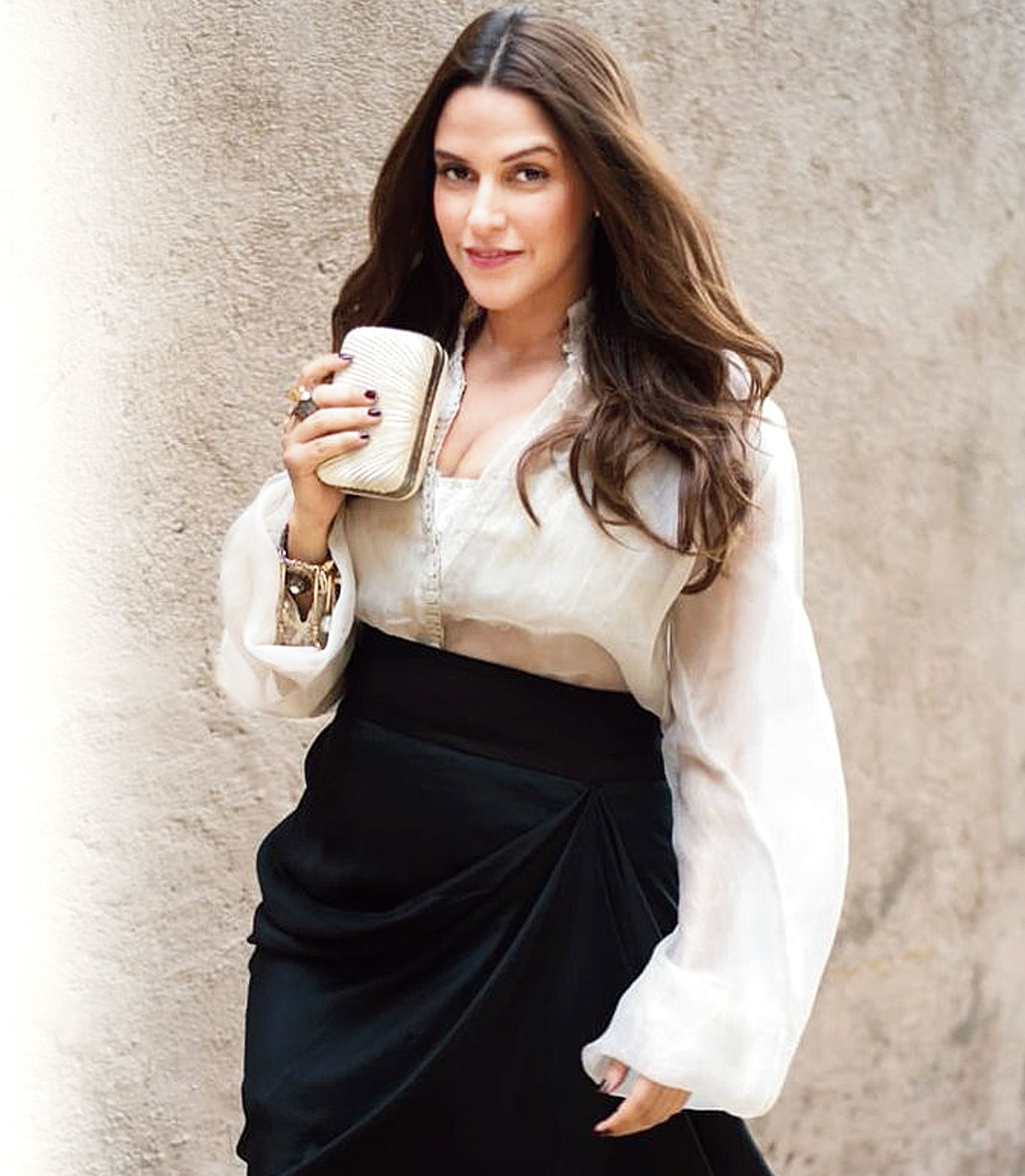 Two films, an audio show, a wedding and a baby — Neha Dhupia has had a memorable 2018. On the sidelines of the launch of the new season of her audio chat show #NoFilterNeha on Saavn, t2 chatted with the actress about cravings, maternity leave and the #MeToo movement.

What an incredible year you’re having, both professionally and personally. How’s the pregnancy treating you?

Very well, in fact. I always wondered, ‘What will I do when I get pregnant?’ and now that I am pregnant, I am doing exactly what I’ve been doing throughout — I am working, I am exercising and socialising. Every pregnancy is different. If there are women who want to stay home through their pregnancy, I respect that. If there are women who want to go out there and work, I’d tell them to get up and do it.

Everyone who’s pregnant has talked about weird cravings. Have you had any?

Yes. In my first trimester, I was doing Roadies. I was living in a tent and I’d be craving raw tomatoes with lime and salt. In my second trimester, I only wanted bhindi and roti, and this is my third trimester and I want to each chicken and rice all the time. I am talking to you but all I can think of is when I’ll get to eat chicken and rice! (Laughs) The only things I have had to give up are eggs and chocolate.

Between your husband Angad Bedi and you, who’s reading all the baby books?

Neither of us. We will be the kind of parents who will take each day as it comes. We don’t have a single parenting book or have enrolled for any classes. I am in my eighth month and my doctor has told me to continue doing what I am doing. The idea is not to change my daily routine too much. My mom keeps telling me, ‘If you are strong enough to give life, then get up and do the work you want to do’.

Have you been getting a ton of advice from people?

Yeah and it’s very boring and I don’t want it. Please don’t give me advice. People are constantly trying to tell me if I am having a boy or a girl. I am told if my stomach is a certain shape, it means it’s a boy or a girl. And really, I am not interested.

This is the third season of your show and you have Angad as a guest. What was it like to interview your husband?

That’s a big one for me. It made me nervous. In the previous years, interviewing Karan (Johar) always made me nervous because he is a talk show host but this year, talking to Angad was nerve-wracking. When you are talking to your husband, you don’t know where to draw the line and that’s exactly what happened when we were recording. We ended up talking for two hours!

You’ve always talked about Shah Rukh Khan being a dream guest. Would he be on the show this year?

Unfortunately not! We were in conversation but he’s not doing interviews right now, so I guess next time.

Over the three seasons, apart from Karan Johar, who’s been your favourite guest and why?

Every year there’s one guest who surprises me. My biggest surprise this year has been Harbhajan Singh because he’s literally done a lot of spin bowling in the comments that he made. And then last year, it was Rishi Kapoor who I was very fascinated with. Apart from Karan, the one guest who cracked me up the most was Farah Khan.

You do audio, you’re on television, you also act in films — is there a medium that has your heart?

This one’s very, very close because I am a producer and the host. Donning many different hats makes me feel like I have achieved a lot at the end of one season. But nothing gives me as much satisfaction as making a film. I have Helicopter Eela that’s released recently and which I am very excited about.

We (Neha and husband Angad Bedi) will be the kind of parents who will take each day as it comes. We don’t have a single parenting book or have enrolled for any classes
(Agencies)

Are you are planning a maternity break after this?

Errrr… I don’t know. I am hoping to keep working until the last day. And then I bring a new life into this world and then get back to work as soon as I can. Again, I don’t think there is any such thing as a bad parent; one that gets back to work is just as amazing as the one who stays at home to nurture. I don’t know which one of these I’d be.

Keira Knightley recently wrote an essay about pregnancy and the pressures that society puts on women to look perfect immediately after birth. In the past there has been a lot of scrutiny on Aishwarya Rai Bachchan and Kareena Kapoor Khan regarding their post-baby bodies…

Shame on people who fat-shame new mothers. The most important thing for me is that I am feeling healthy. Will I get disturbed with people’s opinion on my body after I deliver my child? I don’t know.

There is always pressure on us in the public eye. But I also know that the first couple of months after a woman gives birth, her life is turned upside down. You feel like a wreck and if you look like one, it’s totally okay. This is the most beautiful time in a mother’s life and how you look or don’t should be the least of your worries. I hope that I can remind myself this every day. And if I forget, then my mother or husband remind me because their opinion matters the most in my life.

Of course. We need to clean up the industry. It makes me very angry that people are questioning the women who are coming forward. At the same time, I am very happy that women are talking. It takes a lot of courage. You cannot turn a blind eye when someone comes forward. When someone shares their story, you have to support them, no matter what. Whether I bring — a daughter or a son — into this world, I’d want to teach them these right values.