Next: Reflects pain, crisis and struggle of stars 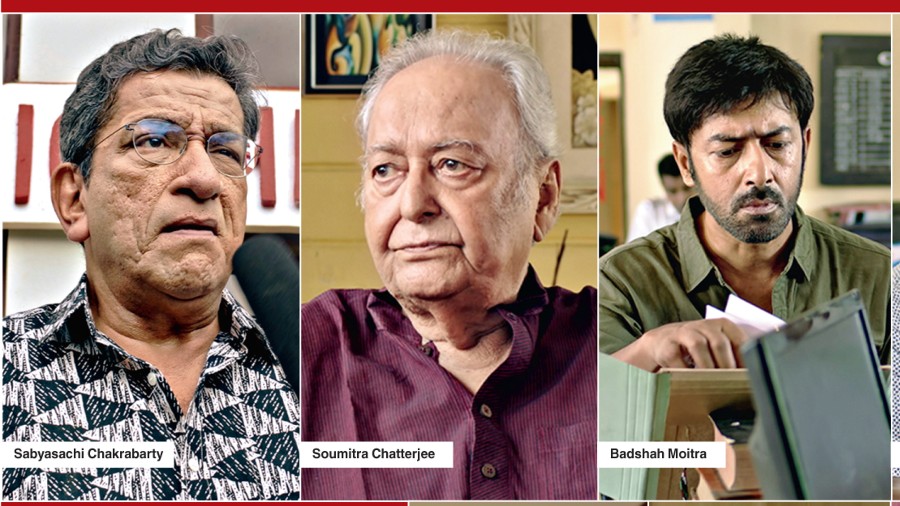 The web series Next is all set to stream on KLIKK from May 12. Starring Soumitra Chatterjee, Sabyasachi Chakrabarty, Chandan Sen, Badshah Moitra, Bhaswar Chatterjee, Samadarshi Dutta, Madhumita Sarkar, Next is a thriller that revolves around a film industry. In the series, actors from the industry are being killed one after the other. An atmosphere of panic has set in. Lines often get blurred. It shows how some actors often are compelled to choose paths which are not necessarily the right path. Dia crosses the line of propriety, walks on a path of compromise much to the chagrin of her out-of-work actor-husband... and also her father. What goes through the minds of children of such families squabbling with disputes? The police come in to investigate, led by Sabyasachi Chakrabarty’s character, and his colleagues played by Chandan Sen and Badshah Moitra. The series is directed by Sandip Sarkar.

“Celebrities go all out to entertain audiences... to put a smile on their faces... but we don’t get to see the pain, crisis and struggle that they go through. Next shines a light on that... it also shows the other side of the industry,” said Sandip.