The four-part docu-series features archival footage and interviews with whistleblowers, the accused, investigative journalists and investigators 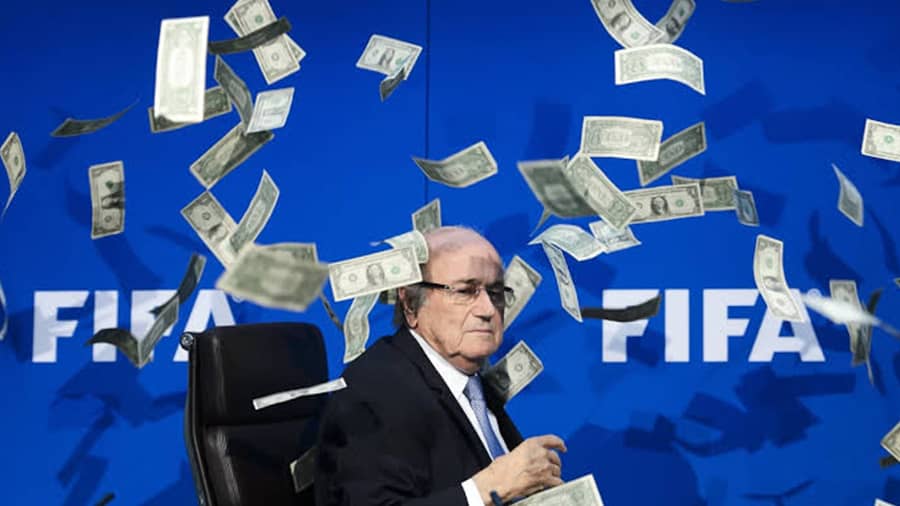 With FIFA World Cup 2022 underway in Qatar amidst a plethora of controversies, there’s no better time than now to catch Netflix’s four-part docu-series FIFA Uncovered, a deep dive into the allegations of corruption that have beset the global sports body. Here are the highlights from FIFA Uncovered which makes for a fascinating watch.

Right from the first episode, it’s clear that this Netflix series will not flinch from investigating the alleged financial and administrative irregularities over the years at FIFA and how the once non-profit organisation came to be hand in glove with politicians and lobbyists.

Founded in Paris on May 21, 1904, the Fédération Internationale de Football Association, known as FIFA, had only eight European nations as members. FIFA Uncovered shows how the unprecedented reach of football has turned FIFA into an exclusive club with 211 members under the leadership of a few.

Spotlighting the corruption in the FIFA administration ranks is one of the main objectives of the docu-series, as it traces the financial embezzlement and fund-raising carried out by the leaders in the organisation.

The rise of Sepp Blatter

The series sheds light on how Joseph Sepp Blatter, after spending decades as FIFA’s general secretary, became FIFA president in 1998 by promising favours to various confederations and by gathering incriminating documents against then president  João Havelange, which effectively forced him to abdicate.

Blatter, who became the most powerful man in world football, subsequently promised to bring the cup to Africa. In 2004, FIFA selected South Africa over Egypt and Morocco as the first African nation to host the tournament. The Netflix series comes up with evidence to show that South Africa got hosting duties for the World Cup only after shelling out USD 10 million to FIFA, although both South Africa and Blatter have denied these allegations.

A still from FIFA Uncovered.
IMDb

How the World Cup host is picked

The decision to finalise the World Cup hosts is taken by FIFA’s executive committee, which consists of 24 executives from around the globe. These men cast votes in favour of one of the nations fighting for the right to host the tournament. In 2009, this exclusive club chose the hosts of the 2018 and 2022 World Cups, raising eyebrows within the FIFA administration.

The docu-series showcases how the 2009 event proved to be the final straw that broke the camel’s back. In 2015, 14 executive committee members of FIFA were arrested on suspicion of corruption in Zurich. An investigation ensued to find out how a World Cup’s host country is selected by the sports body.

FIFA Uncovered features archival footage and exclusive interviews of whistleblowers, the accused, investigative journalists and investigators from the FBI and the US Department of Justice. The charges levelled against FIFA officials included wire fraud, money laundering, racketeering, tax evasion and bribery.

The series also traces the FBI’s painstaking and detailed investigation — the US central agency first tracked down executive Chuck Blazer, who was the CONCACAF general secretary and executive vice-president of the US Soccer Federation. In 2013, under pressure from the FBI, Blazer promised to help them unravel the corruption charges against FIFA and evaded prison.

A still from FIFA Uncovered.
IMDb

FIFA Uncovered features a whistleblower’s account of how a former AFC president allegedly offered money to the heads of the African federation on behalf of Qatar in exchange for votes in favour of the desert nation as the World Cup 2022 host. It details how this decision overlooked the country’s human rights record or even the convenience of hosting a football match.

The docu-series reveals that such selections have been a longstanding practice with the sports body, citing the selection of Francoist Spain of 1982, the Argentine dictatorship of 1978 and Russia in 2018 as host nations.