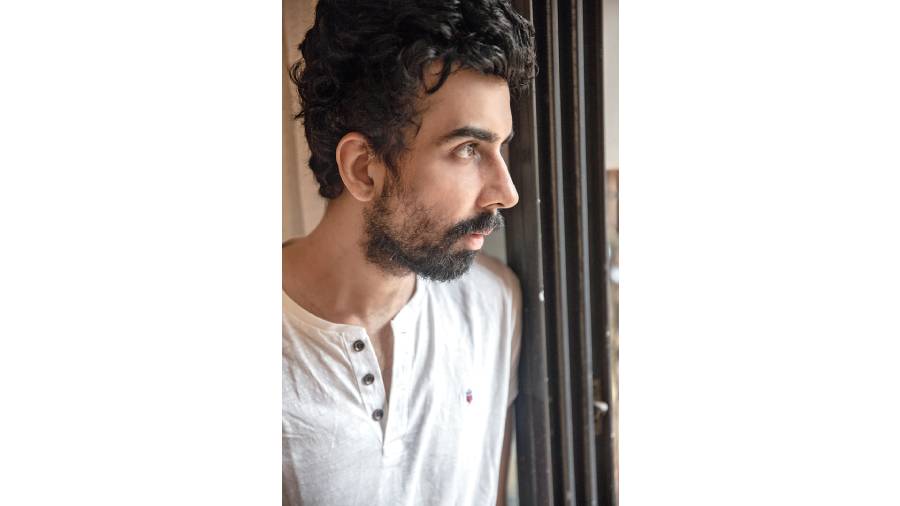 Aspirants — a five-part web series from the stable of The Viral Fever (TVF) — has become one of the bonafide hits of the season. Streaming on the TVF channel on YouTube, the story of three friends going through the daily grind of preparing for the UPSC exams in Delhi’s Rajinder Nagar, has caught on for its relatability, the ups and downs in the friendship between the trio and the authentic milieu. The Telegraph caught up with actor Naveen Kasturia — who plays the central role of Abhilash — on the success of Aspirants, and what goes into the TVF fool-proof ‘formula’.

Congratulations for the huge success of Aspirants. What made you want to sign on?

I will be very honest… I did it because The Viral Fever (TVF) was producing. Over the last few years, I have done a fair bit of work, but I was looking to always go back to TVF, where I did my early work. In my head, they have a certain amount of credibility. They do shows that connect with people and when I got a call from them, I decided to do the show. I hadn’t read the script, I had no idea what my character (Abhilash) was all about.... For the last few years, I have been really trying to work with them.

People watched Thinkistan and Bose (Bose: Dead/ Alive, starring Rajkummar Rao) also, but in a way, my last popular work was Pitchers, which was made by TVF. Later when I read the script of Aspirants, I was happy because it was such a great story. TVF is capable of creating some really great shows... I loved Panchayat, Yeh Meri Family and Gullak recently.

What do you think accounts for the huge success that TVF has seen over the last few years?

What works for them is the relatability of their content. They try to tell stories which connect with people because those are stories about all of us... 90 per cent of us are like that only... small town, big town, middle-class families... we all have gone through what the characters on their shows experience. The shows that TVF makes try to capture simple, little things. They focus on the simplest but the most relatable emotions which happen to common people. Their shows remind people of the kind we grew up watching... Wagle Ki Duniya, Malgudi Days....

There was a time when people would want to watch larger-than-life characters and if made well, they still want to. But TVF focuses on common people. They haven’t made a crime drama... you don’t see people holding guns in their shows. I think 99 per cent of Indians haven’t even seen a gun in their lives.

They also stick to the basics. They work a lot on their scripts. Their preparation is always very strong... whether it’s scripting or doing acting workshops. They work with medium budgets... Aspirants was also made on a small budget. But to a lot of people it felt very cinematic because they had prepped well. Also, they don’t have a formula, and they don’t believe in shortcuts. They don’t put in elements like item numbers or action or nudity.

Naveen Kasturia (left) with Abhilash Thapliyal in Aspirants, streaming on the TVF YouTube channel
Sourced by the correspondent

Given that the audience today is constantly bombarded with entertainment and has so much to choose from, did you ever think that Aspirants would catch on in the way it’s done?

It’s very difficult to anticipate such things. I am always hopeful, but I am never sure of anything... I am never sure of my shots, I keep asking the director constantly if it works (smiles). As far as Aspirants is concerned, I liked the part and the script. I found it touching, but till the time my work comes out, I am not sure. Even after the first four episodes came out and became a legitimate hit, I had a sleepless night before the final episode dropped because I was worried if the audience would like the ending. The director Apoorv (Singh Karki) was very confident it would work. These guys work with TVF all the time and they know what works, but not me. I am not pessimistic, but I am never sure (smiles). There is no formula... it’s not math, you know.

That’s surprising, given that you do have a fair bit of work behind you...

I have always been like this. I really wanted people to watch and like Thinkistan. Whoever watched it liked it a lot, but I don’t think many people have seen it or even heard about it. People who have watched Aspirants are now watching Thinkistan... I keep getting messages... many have gone back to Pitchers also. Even with Pitchers, we were trying to tell a story... we had no idea it would become such a huge hit. But I am someone who always chooses the script over my role.

How has the advent of streaming platforms benefited your career?

A lot! A lot of things have changed since the time actors like Irrfan sir and Nawaz sir (Nawazuddin Siddiqui) emerged, and people started enjoying their performances. They played characters and not necessarily heroes. With streaming platforms coming in, everyone has realised that one can’t engage the audience with just a ‘hero’, stories are important. Now, makers are also trying to cast people who look the part.

When I first came to Bombay, I wasn’t looking to become an actor because in my head I felt that you had to look a certain way to be an actor, one needed an aura and attitude. But acting happened with Sulemani Keeda (2013), which won a lot of praise. And then the web started growing.

If you look at last year alone, Scam (1992) and Paatal Lok were the biggest hits... and they are both stories where nothing is larger than life. It’s definitely helping us. You don’t have to be a star son to be an actor now. There are still a lot of rejections every day, but I am happy I get to play good parts. I am not the actor who works 365 days in a year, but I now realise that waiting for a good part is part of the process.