Home / Entertainment / Music is my own way of living - Prince Sahu

Music is my own way of living - Prince Sahu 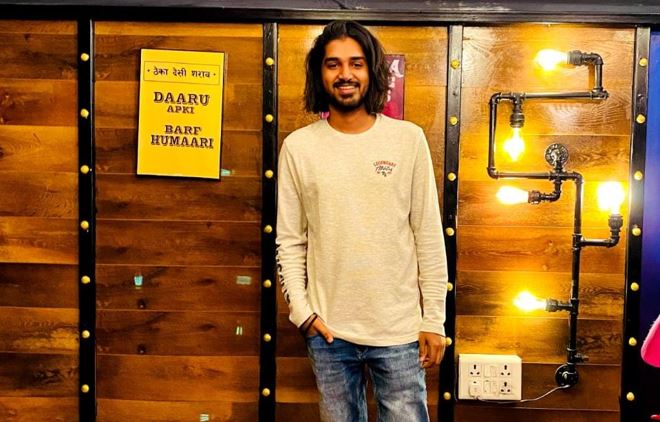 Coming from the city of Nawabs , Prince Sahu, born on 11 th May 1996, in Lucknow, is known for his singing and music composition. After finishing his senior secondary from Red Rose Senior Secondary School ( 2014 ) and having a brilliant mind and acceptance for statistics made him choose Commerce as his subject and later on went to pursue his graduation in “Bachelors in Commerce“ from “Lucknow Christian School , Lucknow ( 2017 )“. Yet being an all rounder his love for music has always been there and he considered in on top of his academics.

In spite of his performance and love for music he still kept studies a priority and completed his Post Graduation in “Masters in Business Administration ( M B A )" from “Institute of Management and Research Technology ( I M R T ), Lucknow ( 2019 )“ . Meanwhile he plans to do a PHD course in the future.

Prince Sahu began his melodic excursion soon after a year when he started learning guitar and post that everything became a step to victory. Nonetheless everything initially began with his performances at schools and colleges when he came to realise that he can make this passion of his as a permanent thing and he can proceed with this as his profession instead. This decision has surely helped Prince Sahu gain many followers recently.