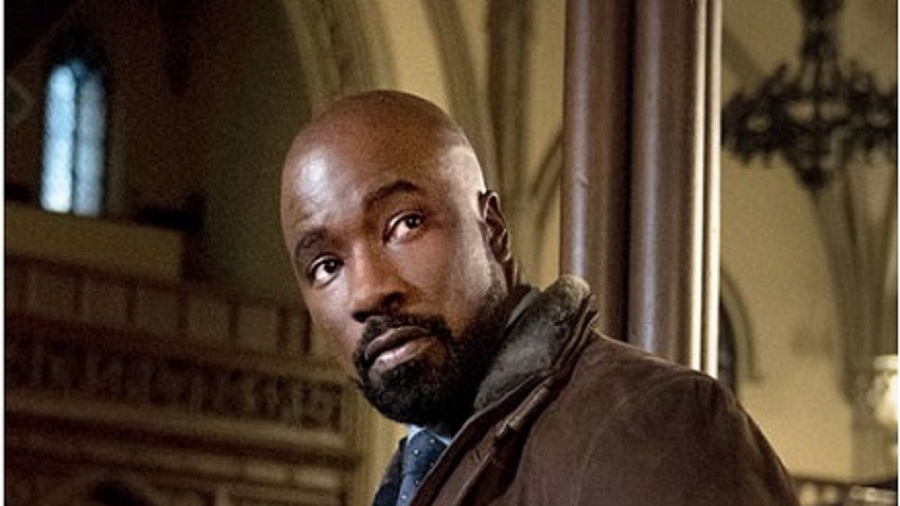 Something eerie unfolds with the frightful drama thriller series Evil airing weeknights at 10 on Zee Cafe. Filled with numerous analogies of myth, occultism and folklore, the ensemble cast stars Mike Colter, best known for his title role in and as Luke Cage in Marvel’s cinematic universe. A chat with Colter, who plays David Acosta in Season 1.

What is the premise of Evil?

The show is about two people who meet each other and connect and investigate supernatural phenomenon. But along the way, they become closer and somehow they find that they need each other more than they thought. Evil is a show about a priest in training joined by a contractor who approaches things on a pragmatic basis. Also on the team is a psychologist played by Katja [Herbers]. We have Michael Emerson who’s stirring things up. We all are trying to approach these problems that we’re facing that are criminal based. What is it? Is it something that is a demonic possession, or is it just science? And we’re trying to explain it week to week.

Why will Evil resonate with viewers?

I think at the core of this you’ve got two people who meet, and they need each other without knowing they need each other. I think each person fills a void and balances the other person. But that’s the story at the centre and I think it’s interesting. I think that they also balance each other out by their approach to this world. I think that’s going to be something that pulls people in, the relationships between the characters, but also it has this element of not being able to look away because you have these things that happen, and horror and disgust and just shock. I think people are drawn to things that frighten them.

Who is David Acosta?

David is a priest in training, he’s one of these guys who’s got a great backstory. He’s been around the world, he’s done a lot of things. So what leads a guy like him to become a priest in training? Well, he’s obviously got some some skeletons in the closet. It’s something that he’s chosen to do with his life, it’s a big commitment. I think he’s a person who’s very open to the idea that he doesn’t know everything. His sense of emotional intelligence is very high, that’s why he surrounds himself with people who are experts in their fields, so he can find the truth, which is what he really wants more than anything.

How does David rationalise supernatural phenomena?

David’s character is hired by the Church to investigate a supernatural phenomenon. A lot of people will think that there’s possession involved in these crime cases. They sometimes say they’re possessed, there was some sort of supernatural influence. There’s something that you hear sometimes, ‘God spoke to me, some so-and-so made me do it, I heard voices’. David comes in and he’s actually someone who actually believes, somehow, that this is possible because he does feel like there is a part of the universe that we can’t explain. And so, in that, he sort of comes in and sort of has his own take on it, but he’s not unaware of the science of it all. So that’s where Kristen comes in.

Will faith and religion play a role in the show’s exploration of evil?

I think faith will play a role because I think when you have people, the audience members specifically, whose faith sort of dictates everything in their life, they approach everything from a place of faith. I think my character having that background and entertaining that as a path for himself, it gives people the idea that everything is not explained through science and there are phenomena that we can’t quite figure out. My character talks about [phenomena] not being repeatable because it’s not something that’s happened more than once, or they can’t study it, there’s just so few examples of it. Why did it happen? What caused it? People will quickly explain it with faith. You know, this is something that’s happened because it’s like a miracle. And those things are things that people respond to. They like the idea that there’s a miracle because it gives them hope. Somehow this can end up all right if God or if a miracle happens.

How do you approach playing David?

I grew up in a religious home so I understand the devout people who are committed to this thing. I have a friend, who’s also named David, who took a turn and went into the ministry and changed his life a bit. He was a completely different person before and he sort of changed his direction, and what it allows you to do is refocus, and the commitment to that focus gives you some sort of purpose. And for David, I think he’s trying to find something.

I am scared by the world. I think we are touching on some topics that are very timely, very worldly, and I think that because of that, it makes me think of the times that we’re in.

Why should audiences tune into Evil?

They’ll get a good story, they’ll get a good piece of writing, hopefully well-acted, and they can trust the product is good. We’re going to take them into a realm that they may or may not have thought about, have been comfortable with, just to introduce them to something new. It’s like, you know, trust in a good chef who’s been cooking for you for a long time, making great meals, and he gives you a cuisine that you go, ‘Never had this before, but I trust you. Let’s see how it tastes’.