‘Masala’ with a message 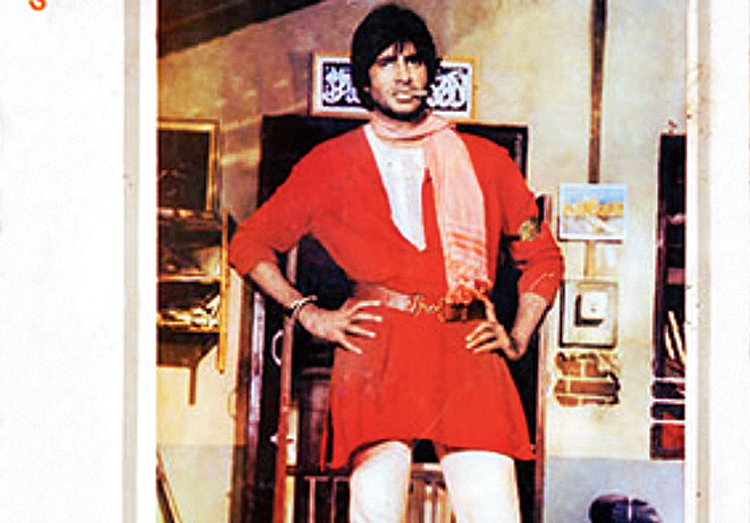 In 1983, Iqbal was superstar Amitabh Bachchan. In 2019, he may well be an urban Naxal. Coolie, a massy, lowbrow film from the MD stable, full of crazy capers and amazing coincidences, was dubbed as one of those Eighties brainless blockbusters, more famous for actor Puneet Issar’s mistimed blow that nearly killed Bachchan and sent the nation into a frenzy of prayer. Today, it seems evolved.

Iqbal is loved by everyone and looked up to as a natural leader. He befriends a drunk and idealistic reporter, Sunny, who’s adopted as a child by the evil rich guy Zafar Khan. (To rewind: Zafar (Kader Khan), obsessed with Iqbal’s mom Salma, played by Waheeda Rehman, had breached a dam to flood her village and separate her from husband and son, that’s how epic a villain he is.)

It’s an MD film, so plenty of action happens, mostly jaw-dropping, and Iqbal in the thick of it. In the middle of the Bachchan-Issar fight scene, there’s a freeze-frame moment where the film breaks the fourth wall and displays on screen in Urdu, Hindi and English that this was the ill-fated punch. Finally, there’s a moment of reckoning, Zafar has to destroy Iqbal. The last chase-and-fight scene is more myth than real, but you’re rooting for Iqbal without thinking, ‘oh, a minority-appeasement movie’. That, perhaps, is MD’s enduring legacy. Universal appeal isn’t mindless, after all.`