Find out the latest updates from Bollywood and Hollywood 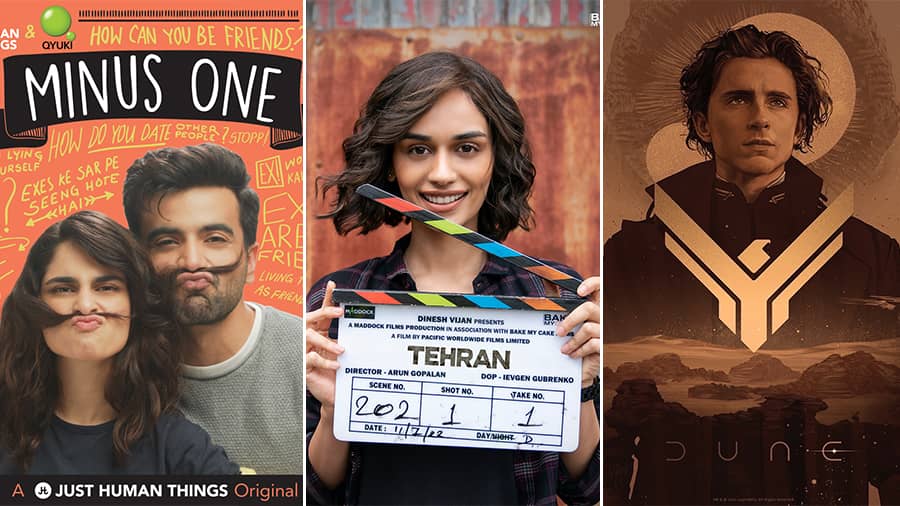 The production house shared the news on Twitter alongside photos of the actor and said, “Our #Tehran family gets bigger & better. Welcoming the very talented & gorgeous @ManushiChhillar to the team!”

The 25-year-old former Miss World, who made her acting debut opposite Akshay Kumar in Samrat Prithviraj, also tweeted, “Super excited to join the one & only @TheJohnAbraham on #Tehran. This journey is going to be really special!”

Warner Bros has announced that Canadian filmmaker Denis Villeneuve’s Dune: Part Two has started filming. Based on author Frank Herbert’s seminal 1965 novel, the film is a sequel to Dune, which was released in October 2021 to universal praise.

It followed the story of Paul Atreides (Timothee Chalamet), a brilliant and gifted young man born into a great destiny beyond his understanding, who must travel to Arrakis, the most dangerous planet in the universe to ensure the future of his family and his people.

Warner Bros and Legendary Entertainment shared the news of the production start in a statement posted on the official website and also released the plotline of the sequel. The official Twitter page of the film also announced the news.

“This follow-up film will explore the mythical journey of Paul Atreides, as he unites with Chani and the Fremen while on a warpath of revenge against the conspirators who destroyed his family. Facing a choice between the love of his life and the fate of the known universe, he endeavours to prevent a terrible future only he can foresee,” read the official plotline.

They are joined by newcomers, which include Austin Butler as notorious Feyd-Rautha, veteran actor Christopher Walken as Padishah Emperor Shaddam IV and Florence Pugh as Princess Irulan. Lea Seydoux and Souheila Yacoub round out the cast.

Minus One: season two to premiere on Lionsgate Play

Streaming service Lionsgate Play announced on Tuesday that the second season of the relationship drama series Minus One has started production and will be released exclusively on its platform.

Created by Sidhanta Mathur and Shubham Yogi, the show features actors Aisha Ahmed and Ayush Mehra in the lead. The story is about a couple who stays together even after their breakup and how they deal with the trials and tribulations of life, their careers, and their expectations from each other.

Lionsgate play announced the news on Twitter and said, “Our Minus One-true-pair — Varun and Riya — are back again for another sensational season. Watch this space for more updates on #MinusOne”.

Our Minus One-true-pair - Varun and Riya - are back again for another sensational season!!!

In a press release, the streaming service said that all the six episodes of the show’s first season, which became popular after it debuted on YouTube in 2019, will drop on August 19.