The movie shows us a different Calcutta 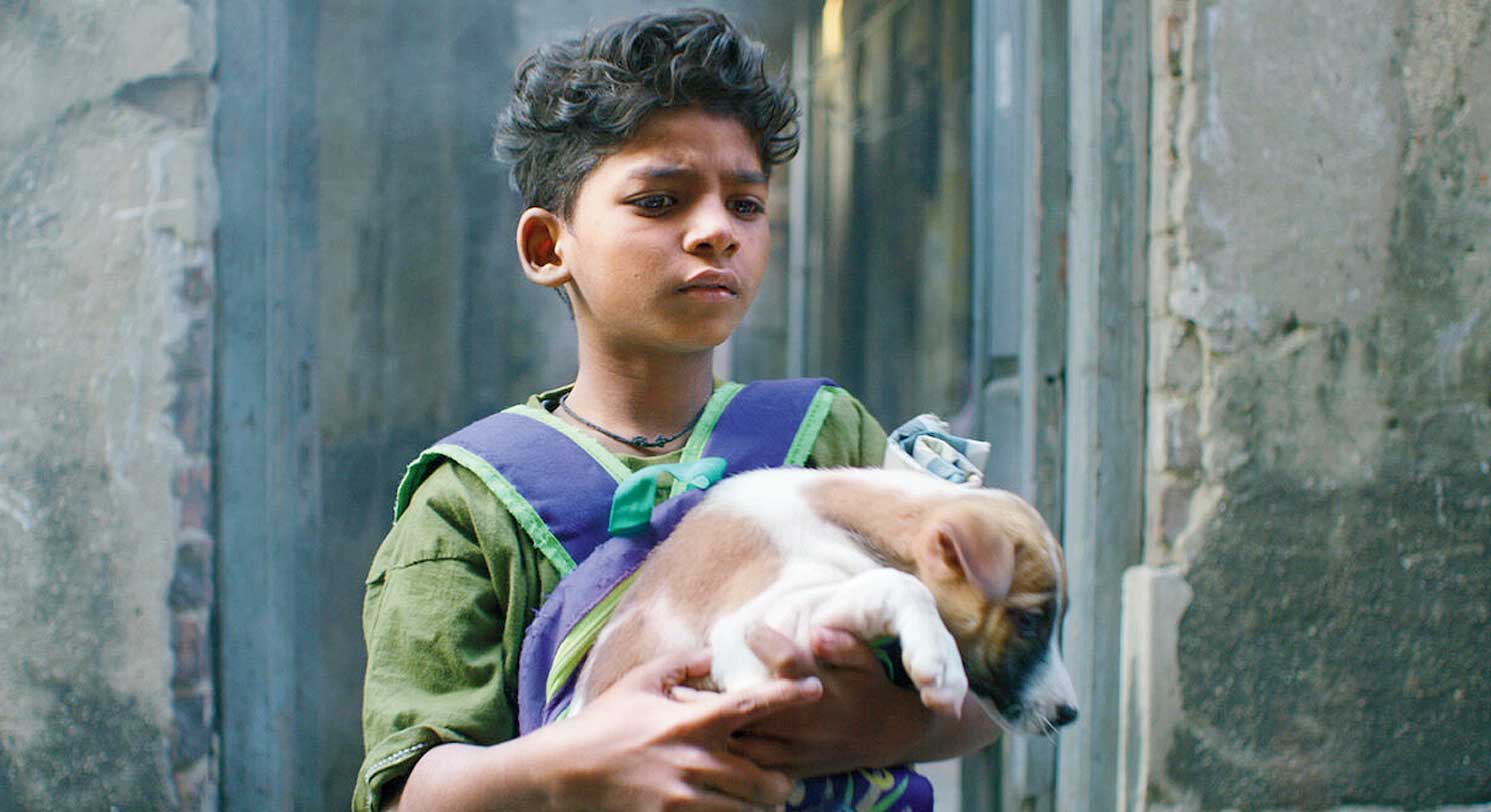 There are some films that you really don’t want to brand as good or bad. They may technically not be up there or could even end up being emotionally manipulative in parts, but the warm, fuzzy feeling they leave you with is what you may sometimes need from a piece of cinema. Especially in the times we find ourselves in.

Chippa, feted at film festivals worldwide and which quietly dropped on Netflix a few days ago, is one such film. On the surface, Chippa — named after its knee-high protagonist — may essentially be a children’s film but it packs in life lessons that cut across demographic. It’s the sort of film that hinges on a single plot point, but the moods and moments it conjures are enough to make you think of the experience much after the end credits roll. This, without big stars, expensive sets, massive production values or exotic locations. Sometimes it’s just simple storytelling that counts.

It’s the canvas of the streets of Calcutta that Chippa tells its story on. Safdar Rahaman, an alumnus of Jadavpur University who had earlier assisted on films like Brahman Naman, gives a refreshing perspective to the city so far filmed through the romanticised frames of Victoria Memorial and Howrah Bridge. Chippa takes place on a single winter night on the dimly lit, often grungy streets of Park Circus, a story chronicling the life by night of the millions of migrants who choose to make the city their home, and told entirely through the eyes of a 10-year-old boy.

Sunny Pawar is Chippa. The boy from the Mumbai slums who scripted a fairytale-like journey to the glitzy Oscars red carpet with his heart-warming act in Lion, is the instrument through which the primary action of the film plays out. When we first meet Chippa, it’s his 10th birthday. Abandoned by his father and with his mother dead when he was still a toddler, Chippa lives life at the mercy of a caustic-tongued aunt. But the boy is a live wire, blessed with enough smarts to navigate the tenuous and often treacherous streets of the city.

As he turns 10, Chippa is handed over a letter that his father wrote to him before leaving, with instructions that he read it only on his 10th birthday. But the letter is in Urdu and with no one in his proximity with the ability to read the language, Chippa — armed with a backpack and with unflinching resilience — sets off on his little ‘adventure’ to seek out someone who can familiarise him with the contents of the precious letter.

Moulded in the same world as the works of Iranian film-makers Abbas Kiarostami and Majid Majidi — especially the latter’s Children of Heaven — and closer home, Nagesh Kukonoor’s Dhanak (that was loosely based on Children of Heaven), Chippa’s adventures during the course of the night may not take him far geographically, but he travels miles on the back of the people he meets and the experiences he has. Sunny Pawar lends an endearing innocence to Chippa’s precocious demeanour, and it’s the boy’s searing honesty and dogged determination to get his letter read at any cost is what makes virtual strangers warm to him.

During the course of the night, Chippa bumps into a cab driver, a wedding party band, a drunkard and a mailman, among others, and the film not only carries forward Chippa’s adventures but also shows his world view changing and expanding through his encounters with this rag-tag bunch. The film stresses on the fact that humans are essentially good, whether it’s the cop who gives Chippa a ride on the pillion of his bike to a late-night treat of soan papdi or the ‘environment-conscious’ cabbie who drives back to hand over the young one’s forgotten wallet.

Rahaman, aided by Ramanuj Dutta’s lens, shoots Calcutta by night, with about 80 per cent of the scenes only shot under street lights. The city by night, when we are all tucked into our beds, is a different beast altogether, its sights and sounds — from the steaming cups of cha in a bhanr to the ‘jaagte raho’ calls of the men who guard the street, from the chatter of the marginalised happily bunching together for a shared meal at the end of a tough day to the robust cheers of a neighbourhood egging on the local boys in a late-night football match. This is a film that shows our city to us differently. Tea, that Chippa often uses to befriend virtual strangers, is a running motif in the film.

Chippa may be simplistic and convenient in its storytelling — characters and situations come off as planted rather than organic — but packs in enough, courtesy an effervescent Sunny, who owns the film to often leave you with a smile.

Elements of magic realism often make their way into the narrative: Chippa’s soaring imagination lends an animated touch to everything, from paper boats trundling along on a waterlogged alley to the Eiffel Tower coming alive from a postage stamp. Magic is what keeps Chippa going. And sometimes, magic is all we need.