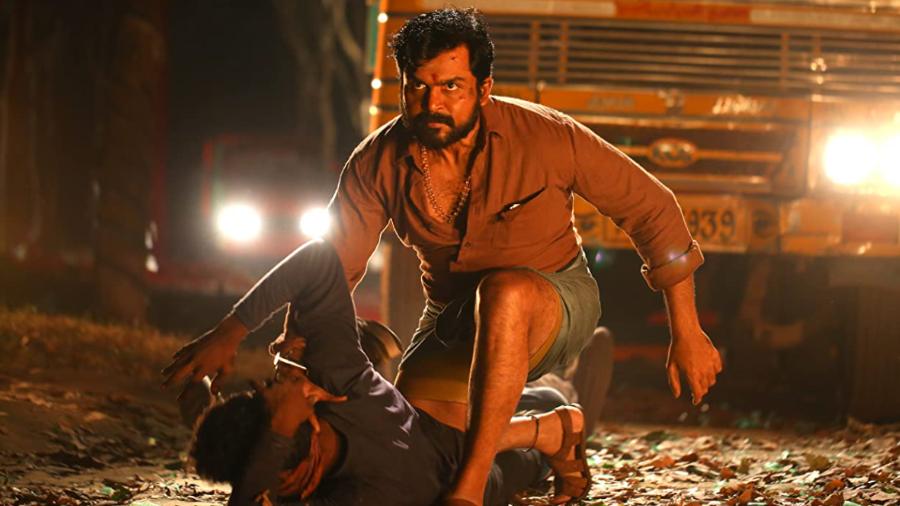 Kamal Haasan’s latest movie Vikram, which also features Fahadh Faasil and Vijay Sethupathi, is the latest addition to the ranks of  Tamil crime thrillers that have never shied away from showcasing physical violence and psychological manipulation. We pick five gritty Tamil-language crime thrillers available on Netflix, Prime Video and Disney+ Hotstar that will keep you on the edge of your seat.

The film chronicles the life of RAW agent Veera (Vijay) who quits his job after accidentally killing a child during a mission. After being taken captive by terrorists in a shopping mall along with other customers, he has no choice but to confront his trauma when they demand the return of their leader whom Veera had earlier caught.

In Mari Selvaraj’s Karnan, a brutal crime is integrated in a larger social context and the idea of justice. Themed on caste oppression and politics, the film also takes inspiration from the real-life Kodiyankulam caste violence that occurred in 1995 in a Dalit village of Tamil Nadu. Starring Dhanush in the lead role, Karnan also features Lal, Yogi Babu, Natarajan Subramaniam and Rajisha Vijayan.

Dhanush’s Karnan is a rebellious young Dalit man, who fights against the injustice faced by his tribe, hailing from a lower caste, in a small village. They are constantly troubled by the people of the neighbouring upper-caste dominant village. Karnan’s village doesn’t even have a bus stop. When an upper-caste IPS officer misuses his power. Karnan takes the fight to the government.

Lokesh Kanagaraj’s 2019 action thriller, starring Karthi in the lead role, marked the beginning of a series of crime thrillers based on the same universe. Narain, Arjun Das, Harish Uthaman, George Maryan and Dheena also play pivotal roles in the movie.

Kaithi revolves around a spiritual ex-convict, Dilli (played by Karthi), who recently got released from prison having served his 10-year sentence. He is supposed to meet with his daughter. However, he has to race against time to drive poisoned cops to a hospital while evading criminals chasing him after a drug bust has gone wrong. The electrifying score and soundtrack composed by Sam C. S. perfectly complement the film’s stylised visuals.

Written and directed by the filmmaking duo of Pushkar–Gayathri, the 2017 neo-noir action thriller is inspired by the ancient folktale of Baital Pachisi. Starring Vijay Sethupathi as a dreaded gangster and R. Madhavan as an honest cop, the film questions the actual difference between good and evil.

Vikram Vedha chronicles the tale of Vikram, a police encounter specialist who sets out to track down and kill a dangerous mobster named Vedha. However, Vedha voluntarily surrenders himself and tells Vikram three stories, changing the cop’s long-held perceptions of good and evil. The Hindi remake of the film, starring Hrithik Roshan and Sail Ali Khan, was released on September 30 in 2022.

The film chronicles the events in the life of Aruvi, a rebellious young woman who was expelled from her home as a teenager after her family claimed she disgraced them. Now, she strives to expose the chauvinistic and misogynistic society with the help of an elaborate criminal plot.