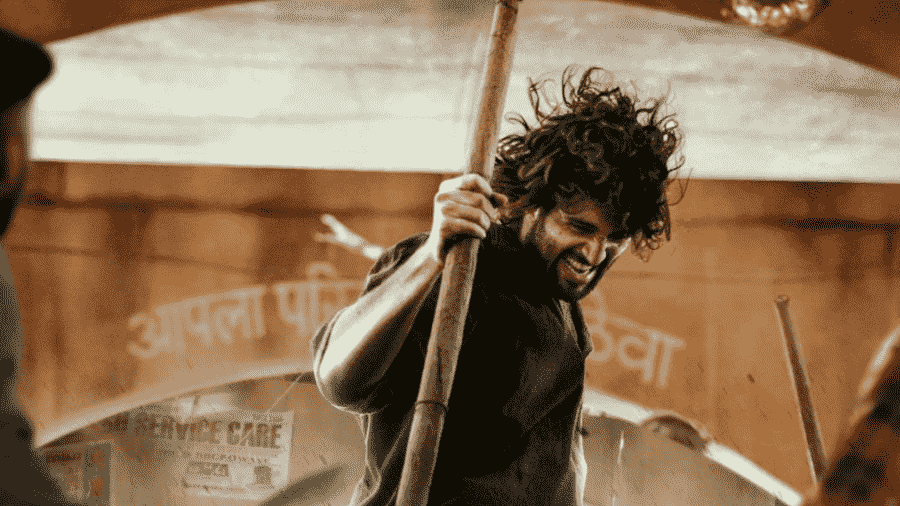 It is the “best time” to make a pan-India movie, believes director Puri Jagannadh, who says his latest release Liger, about the rise of an underdog, is a universal story.

Headlined by Vijay Deverakonda, the Telugu-Hindi sports drama released in theatres in Hindi, Telugu, Tamil, Kannada and Malayalam on Thursday.

Jagannadh said he had reached out to Deverakonda, star of Telugu films such as Arjun Reddy and Geetha Govindam, back in 2019 with the script of Liger.

Backed by his banner Puri Connects and Dharma Productions, the movie was to be mounted on a pan-India level, which was a first for both the director and actor.

“I am glad Liger happened. This is the best time to be here, there is so much cultural exchange happening. Today any good story clicks with the audience. Our film is not just a regional story… It is a universal story about the rise of an underdog. This can be watched in any language. That's when we thought of making it as a pan-India movie with Vijay (Deverakonda),” the filmmaker told PTI in an interview here.

Jagannadh, who made his Bollywood debut with the 2004 film Shart: The Challenge, said he now wants to reunite with his idol Amitabh Bachchan. He had collaborated with the veteran actor on the 2011 movie Bbuddah... Hoga Terra Baap.

The 55-year-old director said he was looking forward to directing a Hindi language movie for quite some time but his commitments in the south kept him away.

“I wanted to come here and direct a movie long back. After Bbuddah... Hoga Terra Baap I signed a movie with Mahesh Babu, NTR Jr and others, and I got stuck there. I was waiting to come here but I had prior commitments in Telugu cinema,” he said.

“Now, I want to direct a film here and work with my favourite actor Amitabh Bachchan, he is my childhood hero and then (with) all the Khans,” he added.

Jagannadh revealed he was in discussions for an action film with Bollywood superstar Salman Khan a few years ago. Salman had starred in Prabhudheva's 2008 movie Wanted, the Hindi remake of his 2006 Telugu film Pokiri.

“I met Salman long back, maybe seven to eight years ago. He had called me at his house and I had spent the whole night at his place. He had told me ‘come up with a good script and we will catch up'. There are ideas in action space, let's see,” he added.

In Liger, Deverakonda plays a kickboxer with a stutter, and the filmmaker said his decade-old idea to present the leading man with a speech disorder provided the framework to the movie's plot.

“I usually create strong and massy characters but I have never created a hero with a disability. When I got this idea 10 years ago, I thought of many disabilities like showing the hero as a blind person or man with one broken leg but then the thought of exploring stammering came up. We all felt it would be great fun to do it with the backdrop of action,” said Jagannadh.

Jagannadh praised the actor for acing the fight sequences, for which he trained under stunt master Kecha for a month in Thailand, as well as the stammer.

“I was not worried about the fight sequences. Vijay did it all really well including the stammering part. When we show deformity of any kind, we were sure we would not like to show the character in a sympathetic way. The character is strong and powerful,” he said.

The director further revealed that Janhvi Kapoor was the first choice for Liger but she was unable to come on board due to scheduling conflicts. Later, Ananya Panday was roped in to play the female lead.

“I am a big fan of Sridevi and that's why I wanted to do this (film) with Jahnvi but things didn't work out due to date issues. I will work with her someday,” he added.

Getting boxing legend Mike Tyson to star in an extended cameo in Liger was a key challenge, according to the director.

After exchanging emails with his team for about a year in 2019, Jagannadh said he still wasn't sure if the American boxer would arrive on the sets till he came for the shoot in Las Vegas.

“I am a big fan of Mike Tyson. It was a big process to get him. He plays a character in the film. What we see of him on screen is different, he is like a child and easy to work with, unlike his towering personality,” he said.

Liger also stars Ramya Krishna, Ronit Roy, and Vishu Reddy. The film is produced by Jagannadh and Charmme Kaur, along with Karan Johar and Apoorva Mehta.