Advertisement
Home / Entertainment / Laal Singh Chaddha actor Naga Chaitanya on acting in Hindi films: ‘It's like having an alter ego’

Laal Singh Chaddha actor Naga Chaitanya on acting in Hindi films: ‘It's like having an alter ego’ 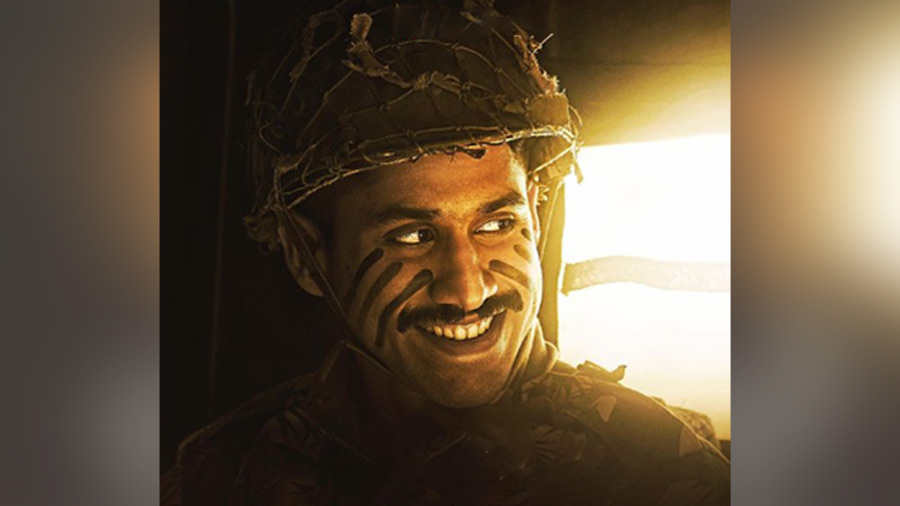 Much like his superstar father Nagarjuna, actor Naga Chaitanya wants to use the Hindi film space to take risks with characters which he believes would probably “backfire” if ever attempted in Telugu cinema.

Nagarjuna was already a star in the Telugu industry when he forayed into Hindi films in 1990 with Shiva, the remake of his Telugu blockbuster Siva, and followed it up with character roles in Khuda Gawah, Criminal and Mr Bechara, among others.

Chaitanya, who has given Telugu blockbusters like Premam, Majili and Love Story, said the only advice his father gave him when he decided to enter the Hindi film industry with Aamir Khan's Laal Singh Chaddha was — “Go do the characters you've always dreamt of doing as an actor”.

“My father's journey in the Hindi market has been organic. I remember he always told me he never really planned it. It was always the Telugu films where his heart was. But in the Telugu industry we sort of have an image or there is a basic expectation from us. When we do Hindi films, the audience here has a neutral approach, so there is opportunity,” said Chaitanya.

“He gave me the same advice, 'Go do the characters you've always dreamt of doing as an actor. It doesn't have to be the main lead. As long as your character has an essence throughout the film and you take the step forward in some way, use that as an opportunity and explore yourself more’,” the 35-year-old actor told PTI in an interview.

Chaitanya said he is proud of his family legacy, which boasts of some of the biggest names of the Telugu film industry — Akkineni Nageswara Rao, Daggubati Ramanaidu, Venkatesh and Rana Daggubati.

“I'm very fortunate to have that legacy, which comes with a lot of responsibility and also a lot of advantages that I'm very aware of when I do a film in the south,” he added.

But being able to present himself in a completely new “texture” without any expectations is also something he craves for, the actor said.

“A lot of what I did in Laal Singh Chaddha in Hindi, I cannot do in a Telugu film. I don't know how it will be accepted. It might backfire. It's definitely like an alter ego playing in the Hindi market. I feel I'm still not completely known to everyone and I'd like to use it to my advantage,” he added.

The film features Chaitanya in the role of Army personnel Balaraju Bodipalem, a Telugu-speaking man from Andhra Pradesh and one of the closest friends of Aamir's lead character Laal.

Boarding the movie as his Hindi debut was a natural progression for the actor, he added.

“All this while I've been trying to establish myself in the south. But I really wanted to enter the Hindi market. However, my Hindi is not the best and I was really insecure. In Laal Singh... I was being cast for playing a Telugu boy,” he said.

“They wanted my essence, my language, the style and the diction to be slightly south Indian. So I think this transition was perfect to give me the confidence to say ‘I would fit in a Hindi film’. I think I needed a transition like this,” Chaitanya said.

Laal Singh Chaddha is directed by Advait Chandan and adapted by actor Atul Kulkarni, with whom the Telugu star had collaborated on his film Majili.

The actor said working on the project alongside Aamir, whom he counts as one of his inspirations, was nothing short of a masterclass.

“When I got to know that Aamir sir was involved, I wanted to do this film irrespective of what the character is because I just wanted to be next to this man and learn his process as an actor. I've grown up watching his work. I've been inspired by his work heavily. Working with that person gives you immense confidence,” he said.

The future of his journey in Hindi films depends on the audience’s reaction to his performance as Balaraju, added Chaitanya.

“I'm really curious to see how the audience accepts me in the Hindi cinema. I love Hindi films and the way they explore different content. The whole canvas is larger and very different. If there is acceptance post the release, I would definitely want to do more films in Hindi,” he said.