Karan Johar: Online hate against Bollywood is a ‘mirage’ 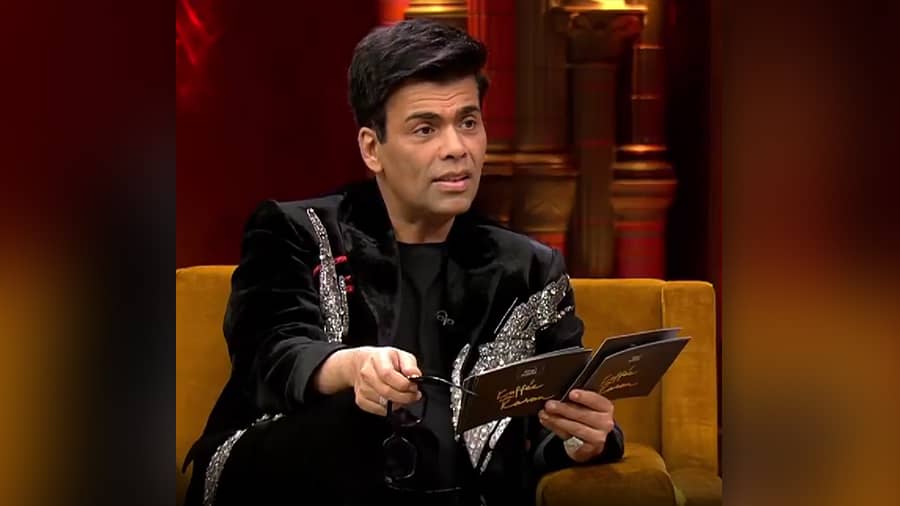 Negative banter is just a mirage, says filmmaker Karan Johar whose tell-all celeb show Koffee with Karan has been subjected to ridicule, social media trolling and spawned many a controversy within the industry and outside it as well.

Karan is ready for the seventh season of his talk show, which has featured the entire array of Indian cinema celebrities, many of whom found themselves in controversy for their candid comments about colleagues and others.

“There was a lot of social media hate generally towards Bollywood at one point and Koffee with Karan popped up as one of the targets... But I knew even then that this is all virtual, it’s not real. It’s not really the truth because had it been why would Disney+ Hotstar want to do the show? Why would actors want to come on the show?” he said.

“Why would I be still interested in doing it? I think we were all aligned. And that’s why we realised that all that negative banter was just that it was a mirage. It didn’t really exist. None at all,” added Karan.

“How can you suddenly start hating Bollywood, something you have loved for over 100 years?” asked the filmmaker.

The negative wave never worried Karan as he knew this too shall pass, he said.

His faith was restored when the audience flocked back to the theatres to watch movies after spending months cooped up at home during the coronavirus pandemic.

“And then there were movies that started doing phenomenally well. You realise that people were watching television and films. They came back when they really wanted to. When that was happening, then what hate?” he added.

“Faceless and nameless trolls need to realise that the hate spread by them on social media is not a real feeling,” said Karan.

“You can only hate when you’re feeling miserable yourself or you are a hater. From Bollywood to bananas, you can hate everything. But at the end of the day, that hate is not a real feeling. It’s just coming out of people’s frustrations and anger. I just hope those nameless and faceless people, who troll and spread negativity, realise that it all comes back to them, to bite them, not us,” the director added.

The USP of Koffee with Karan has been its ability to offer fans a rare and intimate peek into the off-screen dynamics of the film industry, but there have been instances when things got out of hand for the guests as well as the host.

From Kangana Ranaut calling Karan “the flag-bearer of nepotism” in the industry, Sonam Kapoor and Deepika Padukone’s digs at Ranbir Kapoor’s affairs to cricketers Hardik Pandya and K L Rahul landing in trouble for their unsavoury comments about women, quips and comments of the stars on the show often made headlines.

Karan, who has been hosting the show since its first season in 2004, admitted that celebrities often self-censor when they take the couch.

The filmmaker, however, said Koffee with Karan runs on the “vibe” of the stars, not on controversies.

“They do censor themselves, but the idea is to try and create joy even out of that. It’s never about the answers, sensationalism or controversy. It’s about the vibe. That’s what the show taps into,” he added.

There were reports that the director had planned to bring together the Khans — Shah Rukh, Salman and Aamir — as special guests to close the season, which would have been the trio’s first joint appearance on the chat show.

But, it turned out to be a mammoth task even for someone like Karan.

“Getting the three Khans is an impossibility. I cannot pull that off, I’m not admitting that I can. I can’t pull off two of them together, forget three,” he added.

Season seven of Koffee with Karan will premiere on Disney+ Hotstar on Thursday.