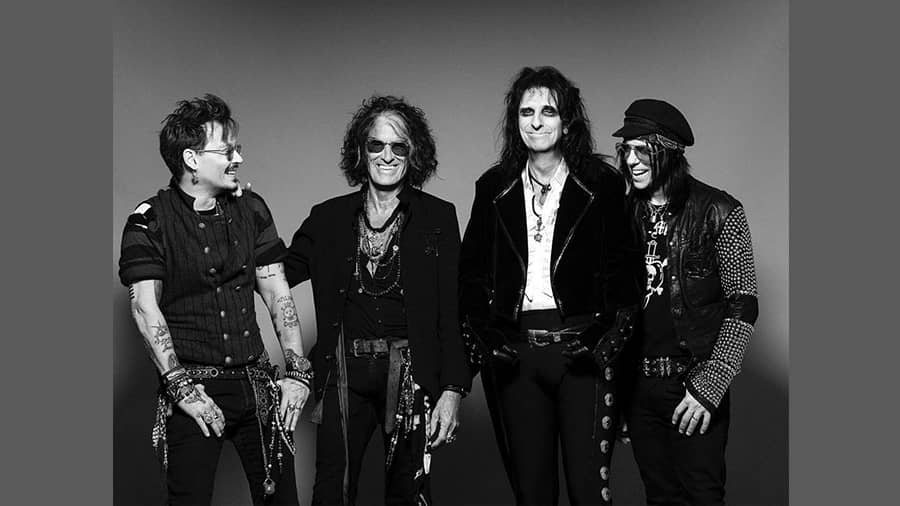 Actor Johnny Depp, who has been focusing on his music career since the much-talked-about defamation case against ex-wife Amber Heard, will be joining his band Hollywood Vampires for an overseas tour to Europe next year, the band announced on Wednesday.

Hollywood Vampires — which includes rock legends Joe Perry, Alice Cooper and Tommy Henriksen — is scheduled to perform in a total of six shows across Germany and Luxembourg. Their first gig is scheduled at the Rudolf Weber Arena in Oberhausen, Germany in June 2023.  Their tour will conclude with a show on June 30, 2023 at Zitadelle in Mainz, Germany.

The group shared the details of their upcoming tour on their official Instagram handle. “The Hollywood Vampires are BACK!! We're coming to Germany and Luxembourg Summer 2023! Tickets go on sale Monday 27 June at 11:00am CET,” the caption read.

Earlier this year, the ensemble had to postpone a tour back in March owing to the Covid-19 pandemic. “We kept trying to make it happen, but unfortunately due to the uncertainty of COVID-19 travel restrictions, it is just not possible,” they had said in a statement.

The Pirates of the Caribbean actor has started performing on Jeff Beck's live gigs as a guest, which garnered media attention when the actor travelled to Europe to start performing with the famed guitarist just prior to his trial verdict in a lawsuit against ex-wife Amber Heard.

Depp has rejoined Beck for a string of performances across Europe this year. The actor is currently in Europe and his tour is scheduled to conclude on July 25 in Paris.

Additionally, the duo worked together on the new album 18. They have already released the first single from their collaborative album, This Is A Song For Miss Hedy Lamarr, which was released on June 9. The song, which is a tribute to late American actress Hedy Lamarr, is written, composed and sung by Depp. It is one of two songs written by Depp for the project, the other one being Sad Motherfuckin’ Parade.

The album, which will be released on July 15, contains covers of The Velvet Underground’s Venus In Furs, the Everly Brothers’ ballad Let It Be Me and Marvin Gaye’s soul classic What’s Going On. There are also versions of Davy Spillane’s Midnight Walker and two songs from the Beach Boys’ masterpiece, Pet Sounds Caroline and No and Don’t Talk (Put Your Head On My Shoulder).