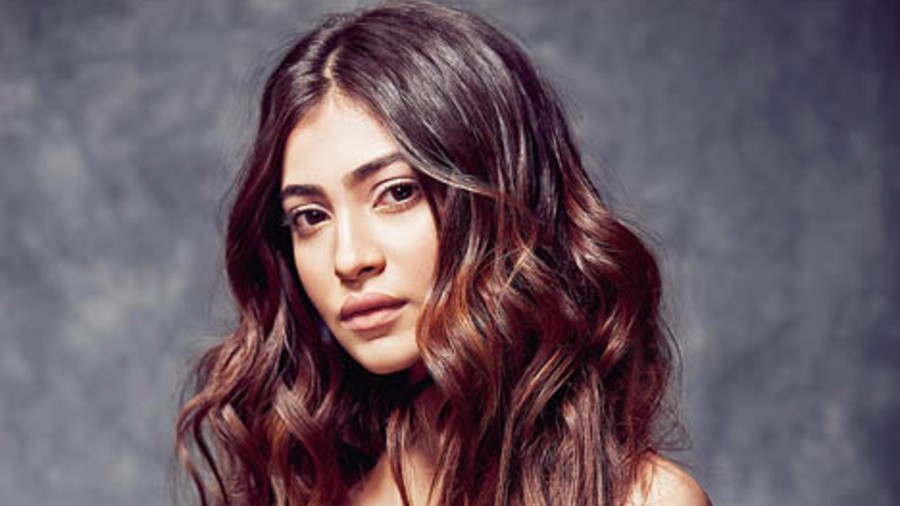 Jasmine Roy plays Subhamita, a musician in the May 7 Hoichoi web series Subharambha, who has grown up with music. “An artiste’s life is fraught with ups and downs which have to be taken into one’s stride and worked upon. Eventually, Subhamita transforms her weaknesses and gains success in the end,” says Jasmine. A chat with Jasmine.

How important is music in your life? Do you have any favourite musicians?

Music plays a very important role in my life. I am a Kathak dancer and I love listening to music and I cannot live without music. Even when I am alone at home for the whole day, on the go, or even at shooting, songs play on via my music system. Even during the shooting of this series, I used to listen to songs in my car on speaker, and in my make-up room.

Music has been with me so deeply all my life that I can distinctly associate songs with a phase of my life and look back on them through the song tied to them, which is the case for everyone I feel. There are many songs, which make me think, ‘Oh I was like that, or those were the days’.

My mother loves to sing and listen to music as well so I think I have gained my love for music from her. Since my childhood, I used to listen to music all day — Lata Mangeshkar, Asha Bhosle, Kishore Kumar, Hemanta Mukhopadhyay — I have grown up listening to their songs. There’s Sonu Nigam, Shaan as well and among the current lot, I love listening to Armaan Malik, Anweshaa, Aditi Munshi and Arijit Singh.

Music itself is a major character in Subharambha and there’s this scene of culling and creating music from the sounds of everyday life that lies at the heart of the story too....

Yes, indeed, music can be made from the sounds and sights that are around us, such as the thrum of buses and trams, chirpings of birds, and so on. Collecting them and weaving them in tune to create music... that is the thing and Subhamita does exactly that. She was initially getting disturbed with these sounds but when Mainak tells her to cast the noise into tune, she collects them and creates her music which catapults her to a successful career as a singer.

For many of us, music and love are inextricably entwined with each other and in our lives....

I am also personally deeply engaged with music and love (laughs). There is this point in Subharambha where Subhamita wonders how she can fall in love with a non-musical person such as Mainak who is a dentist — but well that’s the beauty of it.

Did you learn to play the guitar for your role?

I did learn how to hold the strings and learned the basics about the chords.

What was the best part of shooting with the director and your co-actors?

My friendship with Dibyasha has translated to the screen... we grew very close during those days, having meals together, adda dewa, she has been shown as my best friend which came from an honest place. With Satyam, I built a good rapport. He is a very good actor. I worked with him for the first time. He is amazing! He has portrayed the character with his personal touch and I’m sure many young women will fall in love with the character he plays in the series.

Abhijitda is awesome as a director!  He is a perfectionist who knows exactly what he is looking for and will settle for nothing less. We were also very driven to get our characters right so we used to also nag him for more takes if we felt that a shot was not good enough. He gave us the free rein to portray the characters the way that suited us best and explained the nuances of the characters very well. This is my first work with him and I would surely love to work with him again.

What was your takeaway from Subhamita’s journey in the series?

There have been stories about female musicians or aspiring musicians of late, such as Shei Je Holudh Pakhi and Tangra Blues.

In Subharambha, the girl knows since her childhood that music is her true calling, but one circumstance drives her to think that perhaps she will have to quit music. Still, somehow she converts the drawbacks to her strengths, taking her personal life along, family and obstacles ahead along with her music. But despite various obstacles, she remains steadfast in her music. An artiste cannot be fickle-minded if she has to take her craft forward — determination and perseverance are the keys to achieving your goals and the universe helps you reach them then. But you cannot give up, no matter what... that is that.

How did you prepare for the role? Did you draw from somewhere for the portrayal?

I didn’t refer to anything as such for inspiration. Whenever I do a series, or TV serial for that matter, I do the homework for it myself, not with any reference as such but to inhabit the character as my own so that it connects well with the audience. I did the same for this role too, and I wish to share an incident. Subhamita did not share a good relationship with her parents, due to some reasons and the equation doesn’t change until the very end. I have been staying in Calcutta for so many years now and my mother stays in Bhatpara, so she calls me up every day and we talk but one day I told her not to call me for a few days. She was surprised, but it was for my character’s portrayal and to bring out those emotions with honesty on screen, I had to do that.

So, the shooting went on for eight days and I did not talk to my parents for those days. The effect of that was such that in a hospital scene with my on-screen mother, I cried for 15 minutes and couldn’t stop. My co-actors and director rushed in to console me.

Take us through your acting journey so far? How was the transition from doing TV to web series?

I am from Naihati, Bhatpara. My acting journey began at the end of 2011... before that I used to do theatre in Khardah Theatre Platform. After joining theatre and doing quite a few shows there, I realised that my passion was in acting and I wanted to go ahead with that. I gave an audition and got selected for the role of goddess Parvati in the TV serial Bhola Maheswar. After that I did a lot of serials like Dutta Barir Chhoto Bou, Bhakter Bhagawan Shri Krishna and Ki Kore Bolbo Tomay. Subharambha is my first web series.

I couldn’t differentiate per se between web series and TV because the process was the same as far as shooting is concerned. But for web series, the acting has to be done with a lot of nuance whereas viewers of TV serials prefer a certain melodramatic style of acting, so that way it was different. The acting process for Subharambha was very natural and I portrayed my part spontaneously, not emoting or reacting extra or in an overt manner.