The Telegraph gets you a glimpse of what’s coming 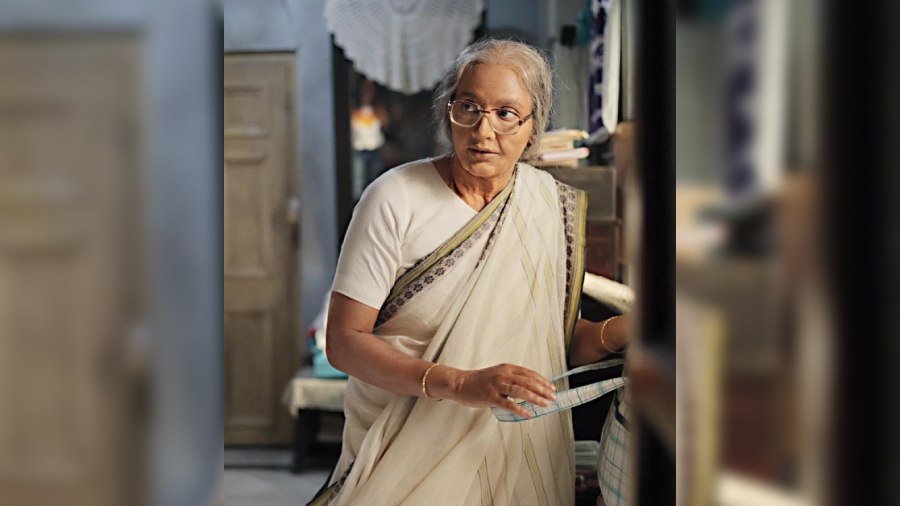 Starring Subhashree Ganguly in her web debut, Indubala Bhaater Hotel, directed by Debaloy Bhattacharya, unfolds against the backdrop of immigration. This story is the journey of Indubala — from her village in Bangladesh to her new life in India — who becomes an entrepreneur. “Indubala is a character that I really enjoyed playing. She’s a woman who stood strong in the face of the adversities that came her way and built a business all on her own, driven by sheer passion and determination. This is a kind of a character that I relate to and look up to and it was a treat playing her. Also, making my OTT debut with a series like this is definitely monumental, to say the least,” said Subhashree.

Being in politics is tough, and it becomes tougher when you’re specially-abled. A story of succeeding in the face of strife, DM Mallika marks Raj Chakraborty’s directorial web debut.

Talking about making his OTT debut on Hoichoi with DM Mallika, director Raj Chakraborty said, “From Chirodini Tumi Je Amar to Adventures of Jojo I have always taken up the ‘challenge’ to entertain my audience. After entertaining my audiences on the big screen, it’s time to move to the OTT space with my new series, DM Mallika,” says Raj.

For his first Hoichoi show, director Arindam Sil goes back in time to tell the story of a woman serial killer, Troilokkyo, based on Raar Kahini by Debarati Mukhopadhyay. “This is the story of an exceptional woman... how she moves from a village to the city; her hopes, dreams and aspirations and her transformation from a simple village girl to a prostitute in yesteryear Calcutta. A phenomenon in herself, Troilokkyo and her lover Kali Babu became con artists before the journey took a murderous turn. Troilokkyo managed to escape every time and continued her reign, based on sheer wit and trickery. Troilokkyo went on to terrorise Calcutta,” says Sil.

After the success of Feludar Goyendagiri: Darjeeling Jawmjawmat, which notched up the highest views on the platform in its launch weekend, Tota Roy Choudhury as Feluda, Anirban Chakrabarti as Jatayu and Kalpan Mitra as Topshe will return for another season of Feluda.

The story of Bhuswargo Bhoyonkawr, directed by Srijit Mukherji, is set in Kashmir.

“The love that the audiences have showered on Feluda, when it came to Hoichoi for the first time was genuinely overwhelming and we obviously had to return for another season. Set in another gorgeous mountainous terrain, we are all set to bring to life another one of Feluda’s popular and extremely loved adventures,” said Srijit.

After the success of Tiktiki, director Dhrubo Banerjee reunites with Hoichoi to bring a story that has adventure, comedy and ghosts galore! Professor Bhootnath and his gang of four oddballs go on a quest to fight these irregular ghosts.

Talking about this quirky and fun creation and his thoughts behind it, director Dhrubo Banerjee said, “The moment we think of ghosts, we think of horror or a negative emotion, but I don’t think that’s all there is to it. With Professor Bhootnath, we want to give to our audiences a story that is funny and engaging and a protagonist whose personality appeals to kids and adults alike. I think it’s time we changed the narrative and gave our viewers wholesome entertainment when it comes to the supernatural.”

Chiriyakhana, the story of the eighth season of Byomkesh, promises to be different, with Anirban Bhattacharya not only playing the titular character but also coming on board as creative director.

Hello Remember Me brings back emotions, family drama and thrill with Ishaa Saha and Paayel Sarkar in the lead. Talking about being a part of a story like Hello Remember Me, Paayel Sarkar said: “Hello is one of Hoichoi’s first and most popular shows and the fact that it’s back makes me extremely glad. What makes me even happier is the fact that I get to be a part of this fan favourite franchise and once again bring to audiences a show that they know and love with a new flavour and a new pair!”

Sandipta Sen and Ditipriya Roy star in the web series Bodhon, which streams on Hoichoi this Puja. Directed by Aditi Roy, the series marks the return of this talented pair of actors who had shared screen space in television before. Talking about her role in the series, Sandipta Sen said: “The first thing about Bodhon that had appealed to me was its concept. I play Raka Sen who is a professor. The journey of Raka begins after she joins the college where she once used to study. Raka’s meeting with Shinjini, portrayed by Ditipriya, her student, plays a pivotal role in narrating a powerful tale of two women. It is a story of empowerment that carries with it a strong message.” “After hearing Bodhon’s story, I really wanted to be a part of it. Working on this series was an enriching experience,’’ said Ditipriya.

The story of a woman wronged and her quest to seek revenge in her next birth forms the crux of this family drama thriller, starring Madhumita Sarcar.

When a number of people suddenly die mysteriously and each of them have a life insurance from the same company, the seeds of an elaborate scam isn’t far away. Watch Rajatava Dutta as the man behind this in The Bengal Scam: Bima Kando, directed by Abhirup Ghosh, while Kinjal Nanda and Sonamoni Saha investigate the truth behind this!

A tale of friendship, memories, incessant fun and nostalgia. Hostel Days, starring Anindya Sengupta, Rohan Bhattacharya, Arpan Ghoshal and others, is an emotional roller coaster that will transport you to your college days. Creator Sani Ghose Ray said: “Friendship is an emotion that tugs at everyone’s heartstrings. With Hostel Days, I wanted to take the viewers on a trip down memory lane, where they can experience the nostalgia, love and madness of their college days, while getting immersed in the lives of the characters whose experiences are being portrayed on screen.”

The story of Indu continues and new mysteries unfold in this season as Ishaa Saha returns for the second season of this fan favourite family-drama-thriller, created by Sahana Dutta.

“The love for Indu has been overwhelming. The way our audiences have expressed their excitement and eagerness for the second season has definitely motivated us to create a better second season and we can’t wait for our audiences to see it,” says Ishaa.

Ritwick Chakraborty and Rajnandini Paul take the viewer on a journey around the City of Joy and use unheard facts and trivia to solve a mystery.

“I’ve always been drawn to work that tells a unique story besides just entertaining people. Mr Kolketa fits that bracket perfectly. The character I play is on a hunt around the city of Calcutta, solving a mystery that gives audiences a deep dive into an unseen history of the city. The story is not your run-of-the-mill mystery thriller, but an amalgamation of drama, thrill and history,” says Ritwick.

After the success of Eken Babu on the big screen, Anirban Chakrabarti as Eken Babu is here for its sixth season and this time, he’s all set to solve a case in Calcutta for the first time, in his signature style!