Advertisement
Home / Entertainment / It — Chapter Two: Drags more than it jumps, wearing out its premise

It — Chapter Two: Drags more than it jumps, wearing out its premise

It’s not scary or surprising to watch a movie’s heart and imagination being devoured by the same old thing, but it is dispiriting 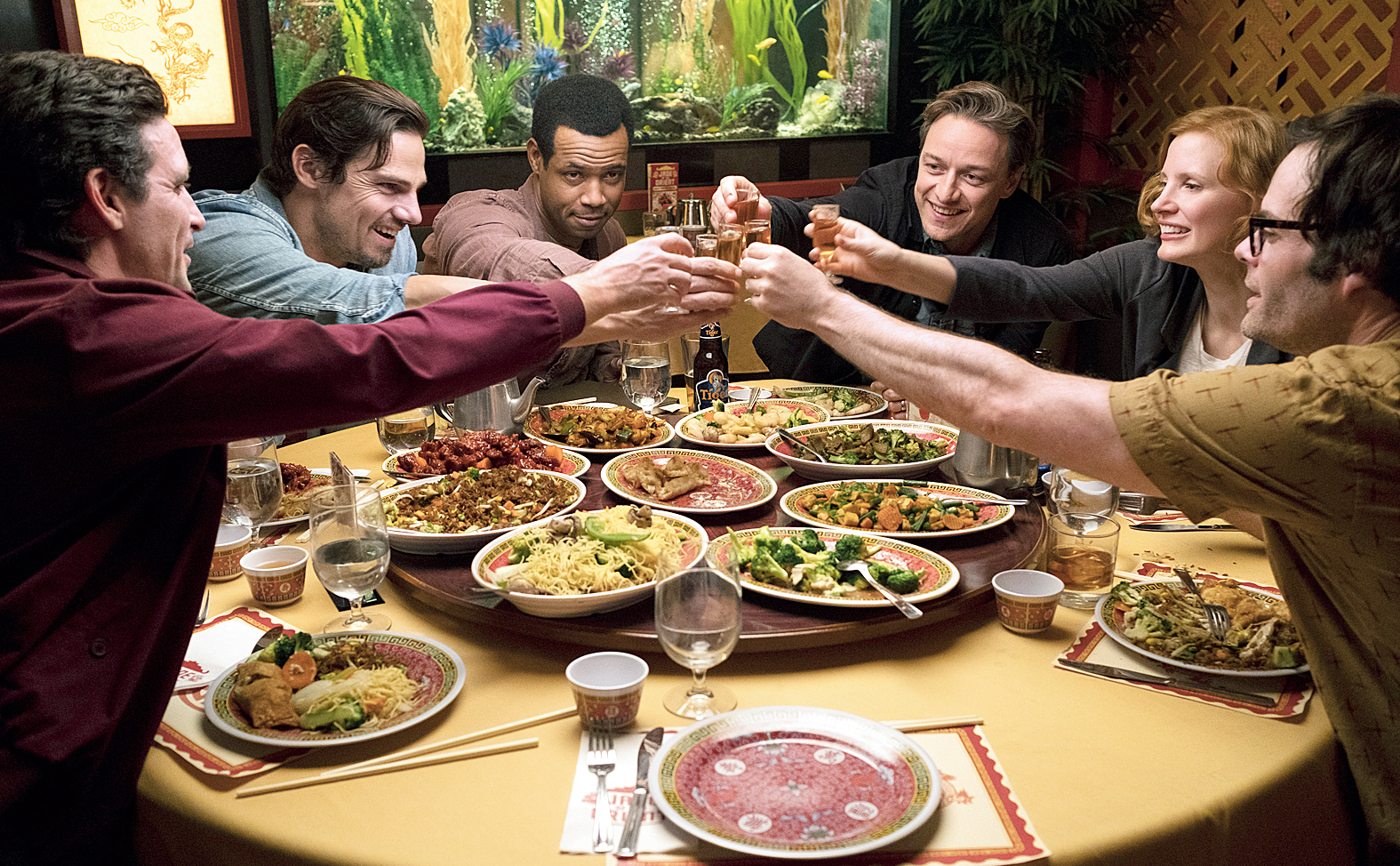 The chatter from the Venice Film Festival last weekend was all about The Joker. Masterpiece or menace? You can decide for yourself after October 4, when that movie opens, but if you need some killer-clown action in the meantime, you’re welcome to It — Chapter Two.

Two years after the first It — and 27 years after the events depicted therein — the seven youngsters who faced down evil in the nightmare-ridden, postcard-pretty town of Derry, Me., reunite for another battle. Like a diabolical cicada, Pennywise the Clown — or rather the supernatural force whose principal avatar he is — has emerged from a period of dormancy, bringing his wheedling, lethal psychological manipulation to a new generation of victims.

The first horror we witness in Chapter Two — a murderous homophobic attack during a carnival — is something Pennywise (Bill Skarsgard) exploits rather than perpetrates, and it serves as a reminder that the otherworldly cruelty he represents is not the only kind. Pennywise, who sometimes takes the form of a giant spider-like monster, and whose pouty moue can suddenly sprout rows of sharp, brownish fangs, both feeds and feeds upon ordinary human viciousness.

That connection between the banal and the cosmic — the two-way metaphorical street that makes Derry a kind of World Heritage Site for terror — is central to the imagination of Stephen King, whose book is the source of both chapters of It (and the earlier made-for-television version). The director, Andy Muschietti, and the screenwriter, Gary Dauberman, have taken some narrative liberties, but they remain true to some of King’s major ideas: about how innocence can be corrupted and preserved by knowledge; about the hidden pathways between the unconscious and the natural world; about the ethical power of friendship. King’s brief on-screen appearance (playing the curmudgeonly proprietor of an antique store) can be taken as a seal of approval.

Muschietti is also faithful to King’s conviction that when it comes to plot, incident and audience time commitment, more is more. But page counts and running times work in different ways. An 1,100-page novel like It can be a breathless page-turner. But this two-hour-49-minute movie drags more than it jumps, wearing out its premise and possibly also your patience as it lumbers toward the final showdown.

Along the way there is some fun — some scares, some warm feelings, some inventive ickiness — to be found. One of the strengths of the first It was its young cast, the members of which return here in flashbacks, preserved on the brink of puberty by sometimes unnerving digital effects. Their pushing-40 selves, whose Losers’ Club reunion occupies most of the story, are played by Jessica Chastain, Bill Hader, James McAvoy, Isaiah Mustafa, Jay Ryan, James Ransone and Andy Bean.

That’s a pretty crowded car pool, though one of them opts out before the big reunion. Everyone has left Derry with the exception of Mike (Mustafa), who has spent decades in an upper room of the public library, researching local history and Native American religion in the hopes of finding out what happened to him and his friends back in 1989.

The others have tried to forget all about it, and have managed to put some distance between themselves and their accursed hometown. Bill (McAvoy) is a big-shot Hollywood screenwriter; Ben (Ryan) is an architect; Richie (Hader) is an edgy comedian; Eddie (Ransone) is a risk analyst. Beverley (Chastain), the only girl in the club, has a less well-defined professional profile, as does Stanley (Bean), who lives in a big apartment in New York. The main thing we learn about Bev is that she has an abusive husband.

That fact signals the continuity between her child and adult selves. Young Bev (Sophia Lillis) had a monstrous dad, and most of her pals had family troubles of their own. Even without the flashbacks, the movie effectively explores the ways, sometimes uncanny and sometimes charming, that people don’t change. (It’s less effective in evoking Derry, which feels like a brightly-colored generic stage set rather than the woods-weird Gothic hamlet of King’s imagination). The young and grown-up actors shadow one another nicely. Hader and Finn Wolfhard, who plays the antsy, motor-mouthed, 13-year-old Richie, are an especially inspired pairing. The child is father to the man.

Mike thinks he has figured out a strategy for stopping It (aka Pennywise), and without going too far into the metaphysics of the thing (or into spoiler territory), I can tell you that it requires each Loser to go off alone to delve into his or her own private guilt, shame, fear and desire. This is a mixed blessing. The individual excursions give Muschietti opportunities to spin out some ingeniously creepy set pieces — though none quite matches an early sequence involving demonic fortune cookies — but they also stall the movie in a mire of repetition. We don’t learn much about the characters or their adversary that we didn’t know already.

We also know how the whole thing will end — not so much in terms of plot details (though we kind of know that, too) as of spectacle. The big fight at the end of Chapter Two is a lot like the one at the end of Chapter One, which is a lot like every other climactic, big-budget action-movie battle. It’s not scary or surprising to watch a movie’s heart and imagination being devoured by the same old thing, but it is dispiriting.