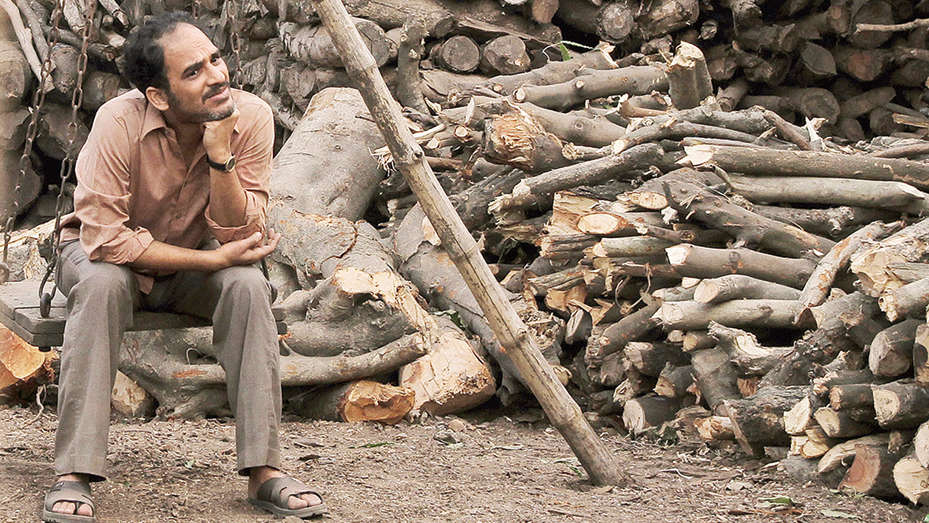 Indranil Roychowdhury’s film Mayar Jonjal is all set to have its world premiere at the Shanghai International Film Festival soon. Shot in Calcutta and Dhaka in the early part of 2019, Mayar Jonjal has also been selected in a major European festival and will have its European premiere there in the first week of October.

When will the premiere happen?

The Shanghai world premiere happens in the end of July. It’s one of the 12 A-list competitive film festivals listed by International Federation Of Film Producers’ Associations. And it’s the first big-ticket festival happening physically in the post-Covid world. We couldn’t have asked for a better timing. We had to wait patiently for this, for a while.

Tell us about Mayar Jonjal...

A petty criminal, who loves a sex worker and wants to run away with her savings, meets a laid-off factory worker who is desperate to stop his wife from working as a housemaid.

What are the themes of the film?

Mayar Jonjal has several themes running parallel, like it’s two stories that run parallel, meet for a while and then diverge again. We did start off with two stories from Manik Bandopadhyay, but then our film takes place in 2018-2019. It soon took on a complete different life of its own. At one level it examines social behaviours on the fringes of our urban landscape, behaviours that border on the criminal. On the other side it looks at the impossibility of holding things together… in relationships, faith, in human exchanges. The processes that bring in irredeemable destruction. It has a larger parable of man’s relationship with his/her surroundings…

How did the idea for the film come to you?

It was triggered by one short story by Manik Bandopadhyay… then we started working on it, and as always, it started taking on a life of its own. Manik Bandopadhyay is probably the most troubling and searing Bengali author we have had in the last hundred years. It’s rare that we see his stuff done on celluloid any more. Probably not coincidental.

Our producer from Bangladesh, Josim Ahmed, and I had been mulling a joint venture for a long time actually. We started off with a short story by Manik Bandopadhyay. But while writing it we both felt it needed a wider canvas. The JV system between the two countries was temporarily on hold at that time due to some procedural complications. But by the time we went in to prep, the system haltered back in place.

What are the pros and cons of such a joint venture?

The obvious cons are the paperwork, red-tapism, the unending maze of rules and the time it takes to trudge through all this. Luckily we had good coordination and understanding on both sides. So it was difficult but we managed finally. The pros are numerous. First of all you get to access a much larger pool of talent. The acting talent in Bangladesh has not really been explored here properly. In our film, Aupee Karim, who is a very renowned actress there, will be a major discovery for the audience in West Bengal. Besides, if it’s not a full-fledged mainstream film but at the same time you want to compete internationally, it makes sense to distribute the budget and take advantages of the markets on both sides of the border.

How will it be distributed and exhibited?

Well its festival run will start with the Shanghai International FF in July end. We will also have a European premiere at a big-ticket festival in October. Simultaneously, we are negotiating international distribution deals that are on offer for us right now. We will want the film to do its travelling internationally before we release it in India and Bangladesh, Covid permitting. I don’t see that happening before things normalise a bit here. In a way it’s good for us because the major part of international distribution right now will happen digitally. That suits us fine, given the nature of the film. But for our local audience, I would really not like to give up the option of releasing it in proper theatres, unless we are forced to.

As a business model, how feasible is it?

It depends. This is not a very big budget film. However, we did have to spend a lot trying to achieve the visual and aural landscape that can compete with other international productions. So it makes sense to increase the size of the market by breaking it into international, and then India and Bangladesh. The chances of breaking even become that much brighter. However, the downside is that it takes time. You will have to wait for the right platform to launch the film internationally.

Apart from Ritwick Chakraborty, there is Chandreyee Ghosh, Bratya Basu, Paran Bandopadhyay, Kamalika Banerjee, Amit Saha, Saoli Chattopadhyay from here and Aupee Karim, Shohel Mondal, Wahida Mallik Jolly and Mostafizur Shahin from Dhaka. The general cine-going Calcutta audience have not seen anything by any of these Bangladeshi actors before, I guess. They will be revelations.

What makes Ritwick such a special actor?

Ritwick doesn’t need much. He needs triggers. The right kind of narrative and emotional triggers. I have been working with him and knowing him for a while now. We do that quietly in our peaceful way. Once he knows the grain, the actual work needs minor guiding. It’s a lot of peace that we share while working. In this particular film we were after a certain kind of minimalism. Of doing as less as possible. He took to that like a fish in a lake.

How do you see film-making changing in the post-Covid world?

I will not make a prediction. All predictions are proving false. The only thing we know now is that we don’t know anything. We are, as a civilisation that consumes constantly, not much used to this state of not knowing. We need to first come to terms with that. A lot depends on our acceptance of this vulnerability.

Will your film see a digital release? Will it be released in the halls?

Internationally digital will be the way to go forward, in the coming one year. Locally, I don’t know. I would like to wait out a bit. However far it travels, this film has been made for Bengalis, and I want them to sit in a hall and watch it. But as I said, we know nothing now.