Advertisement
Home / Entertainment / ‘A small film with a big heart’

‘A small film with a big heart’ 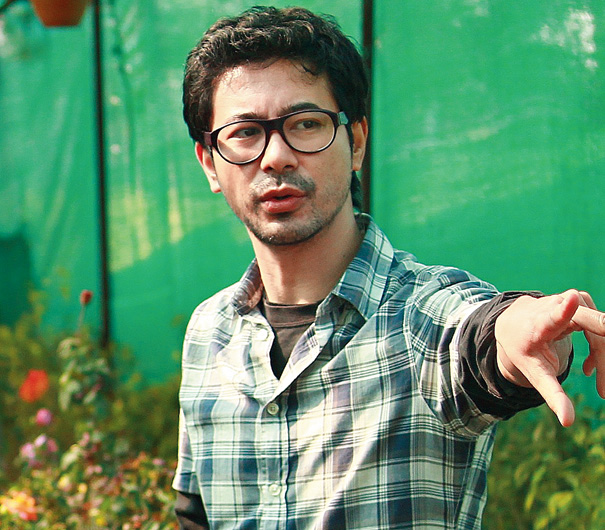 Nicholas Kharkongor, the director of Axone, owes his roots to both Nagaland and Meghalaya. He chats with us on what made him want to make the film that’s been feted at festivals worldwide and has touched a chord ever since it dropped on Netflix last week.

What was the genesis of Axone?

It’s actually not difficult for someone from the Northeast to think of a story like this... you would know, since you are from the North-east. For a North-easterner living in Delhi or Bangalore, it’s a rite of passage to cook your food. So, everyone goes through an Akhuni story or a Tungrymbai story (both fermented soya bean dishes typical to the North-east). It wasn’t difficult to think of that as a starting point. And then, I thought that through that, maybe we could look at the North-eastern experience of living in the big city. Both good and bad, you know.

Once the idea came in, I started building characters and circumstances. From the beginning,

I wanted the whole film to be set only within the span of a day. So, it’s quite pacy. It’s set completely in this fictitious Delhi locality called Humayunpur...

Which looks very much like the capital’s Munirka area...

Yes, that’s true. There is a big North-eastern population in Munirka and Humayunpur mirrors that to a great extent. Axone is unlike other films set in Delhi. Inevitably, films shot in Delhi have frames of the Qutub Minar, the flyover (with the Hanuman statue), the Metro.... You see none of that in Axone, it’s never extricated from Humayunpur.

Your film uses humour to tackle subjects like prejudice and racism. Was that the idea you started out with?

I always wanted it to be a comedy because it needed to be accessible. I didn’t want to be this dark film-maker talking about how all these things have happened to ‘us’. I wanted to present the story with a lightness of tone but also shine a light on the darker side of things.

What’s the point of making a film that’s so dark and inaccessible that it’s not watched by those who practise it? (Laughs) I felt that it would be nice for people in big cities who, consciously or unconsciously, have practised a certain amount of racism at some point to see it. I just want them to watch it and see how it feels like to be on the other side... to be a Northeasterner.

Does the film draw from your experiences as a North-easterner who first came to live in the big city?

Every Northeasterner has faced it. Most of it has been casual racism, but then it has also taken extreme turns, like in the case of Nido Taniam (a student from Arunachal Pradesh who lost his life to a hate crime in Delhi in 2014). All of us were very affected by it... I was there the next day protesting. All of us go through bouts of racism, but that made me realise that it can also get extreme. A few things that have happened to me have found their way into the film. The Nido Taniam episode is a big part of Axone.

The film feels authentic because of its spot-on casting...

Honestly, I am glad we were able to pull this off because there are a lot of constraints that come with making a film like this. It’s a film with an uncommon subject built around Northeasterners and it was risky for people in Bombay to pick it up. We had to cut corners budget-wise... casting was a challenge. I went in thinking that Delhi has a huge population of Northeasterners but we realised eventually that most of them are actually working or are students. It was tough for them to take three months off and work on a film. So, casting took up a lot of time. We mostly had non-actors and that was also a big challenge, especially if there are time and budget constraints.

But finally, it’s all good when you realise that people are finding the film meaningful and many can identify with it. At the heart of it, I wanted to tell a tale of people from the North-east, and I am happy it’s being identified as such. A small film with a big heart.