Advertisement
Home / Entertainment / In the eye of the storm

In the eye of the storm

What’s common to the 10 films featured here? They have all courted pre-release controversy and been banned, stayed or delayed 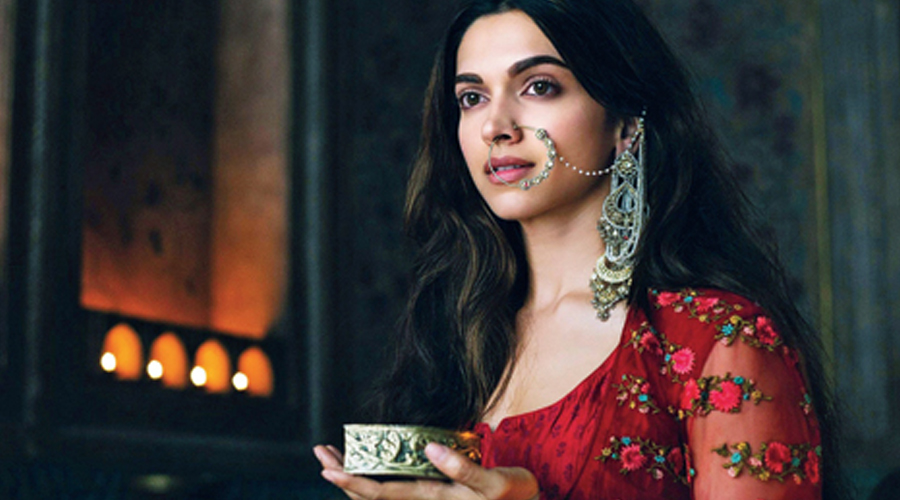 Tandav, an Amazon Prime Video series that takes a look at students’ angst, political power play, dynastic politics, farmers’ unrest, systematic intimidation of the minority populace in what is a zeitgeist of the times we live in, is under a cloud, forcing its makers to go on the backfoot. We take a look at 10 Hindi films that were mired in controversy, either being stayed, banned or delayed, before seeing the light of day in theatres.

“I admired Indiraji (Gandhi) so much so that I got cold feet when the role was offered to me.” That was Vyjayanthimala’s reason for refusing the film, directed by Gulzar. Alleged by many to be based on the life (mostly the controversial bits) of then Prime Minister Indira Gandhi (the film’s posters also hyped the similarity, with lines like, ‘See your Prime Minister on screen’), Aandhi’s central character of the salt-’n’-pepper-haired politician, who meets her estranged husband (played by Sanjeev Kumar) after years while on an election campaign, was brought to life by Suchitra Sen.

Distinguished by stellar acts and R.D. Burman’s winner soundtrack, Aandhi was not permitted a full release when Indira Gandhi was in power, with the film being banned during the 1975 Emergency.

Banned on the grounds of alleged violation of the Model Election Code of Conduct and claiming it could cause damage to the reputation of the Congress party, the film was stopped from releasing by the Election Commission, only adding to the chatter and curiosity around it. After Indira Gandhi’s defeat in the 1977 elections, the newly-elected Janata Party cleared the film and had it premiered on Doordarshan.

Though Nair described her film as “a frank, sensitive depiction of sex and sexual politics”, the censors dismissed it as “too titillating” and ordered her to “delete sexuality” from a film which, well, was about sex and sexuality. The film was subsequently banned by the censors, which deemed that the Indian audience “wasn’t yet ready” for a film like Kama Sutra, which Nair deemed as “condescending to the Indian audience”.

She moved the Supreme Court and released the movie a year later, in 1997, with multiple cuts and amidst intense protests from women, religious and political outfits.

The first instalment of Deepa Mehta’s ‘Elements’ trilogy attracted protests from the get-go, telling as it did the story of two sisters-in-law (Radha and Sita, played by Shabana Azmi and Nandita Das respectively) from a traditional family who find love in each other.

Loosely based on Ismat Chughtai’s Lihaaf, Fire was possibly the first mainstream Indian film to explicitly show homosexual relations, and the first to feature a lesbian relationship.

Contrary to expectations, the censor board passed the film in 1998 with an ‘A’ certificate and without any cuts, with the condition that the protagonist’s name be changed from Sita to Nita. The film ran for a few weeks in theatres, but fringe elements around the country — including members of prominent political parties — vandalised movie halls, labelling the film’s theme as being “alien to our culture”. Various film personalities, including Dilip Kumar, lent support to Mehta, who fought hard for the film’s freedom.

Chatter for and against the film carried on for a few months, with Fire being re-released without cuts in February 1999.

Anurag Kashyap’s critically acclaimed film Black Friday — chronicling the aftermath of the 1993 Bombay serial bomb blasts — was not allowed to release for two years, citing the “sensitive nature” of its content. Based on S. Hussain Zaidi’s book Black Friday: The True Story of the Bombay Bomb Blasts, the film is often regarded as Kashyap’s best work till date, with international critics comparing it to seminal films in the genre like Salvador and Munich.

Set to be released in January 2005 — at the same time as a trial court judgment in the bomb blast case was awaited — the film had to go through its fair share of trouble. After an application by Mushtaq Moosa Tarani, one of the prime accused in the case, the words ‘true story’ had to be removed from the promos, with the release being withheld eventually, in order “to enable a fair trial”.

The film was finally cleared for release in 2007, but Kashyap says that he will not make a film like Black Friday again. “When books can narrate an incident freely why can’t films? Nobody questions a book,” said Kashyap, whose controversial debut film Paanch has still not found a release date.

In the summer of 1994, Shekhar Kapur’s Bandit Queen opened to widespread critical acclaim at Cannes. However, when the film, that was based on Mala Sen’s India’s Bandit Queen: The True Story of Phoolan Devi and starred Seema Biswas in the central role, was submitted to the Central Board of Film Certification (CBFC), it strongly objected to the cuss words, rape sequences and frontal nudity and demanded more than 100 cuts. The makers refused to accept the cuts and took the film to the Film Certification Appellate Tribunal (FCAT) that allowed it to be released with an ‘A’ certificate.

However, Phoolan Devi herself objected to the film’s release saying that it had invaded her sexual privacy, while writer Arundhati Roy, in her review called ‘The Great Indian Rape Trick’, questioned the right to “restage the rape of a living woman without her permission”, and charged Kapur with exploiting Phoolan Devi’s story.

After waging a long battle, the film was allowed to release, only to have certain communities take offence at their “misrepresentation” in the film. It finally took a ruling by the Supreme Court for Bandit Queen to be granted its eventual freedom.

Seeking a release in the dark days when Pahlaj Nihalani was heading the CBFC, Udta Punjab — directed by Abhishek Chaubey and based loosely on the rampant use of drugs among the youth in Punjab — was stayed by the censor board, that demanded as many as 90 cuts, citing the film’s use of profanity and scenes that it deemed were vulgar.

Saying that the film “glorified violence and drug addiction”, it even demanded that the film’s producers — most prominent among them being Anurag Kashyap — alter the film’s title and delete the names of cities used in the film. Kashyap, backed by some of Bollywood’s biggest film-makers, went out on a limb to take on the censor board. The deadlock over release quickly became a political issue, especially in the light of the impending elections in Punjab. The matter went to court with the Shahid Kapoor-Alia Bhatt-Kareena Kapoor Khan-Diljit Dosanjh starrer managing to emerge almost unscathed with just one cut and disclaimers.

7. LIPSTICK UNDER MY BURKHA

“Story is lady oriented, their fantasy above life. There are contanious (sic) sexual scenes, abusive words, audio pornography and a bit sensitive touch about one particular section of society, hence film refused under guidelines.” This laughable letter, in more ways than one, was sent to Prakash Jha, the producer of Lipstick Under My Burkha, as the censor board’s reason to stay the release of the Alankrita Shrivastava film that explored the secret lives of four women (played by Ratna Pathak Shah, Konkona Sensharma, Aahana Kumra and Plabita Borthakur) and asserted their right to personal and sexual freedom.

This came days after Lipstick Under My Burkha won the Oxfam Award for Best Film on Gender Equality. The letter quickly went viral, eliciting outrage on social media, and sparked off widespread support for the film.

A brand new poster emerged, in which a middle finger wielded a lipstick, and a hashtag campaign called #LipstickRebellion was launched. Eventually, Lipstick Under My Burkha released after accepting 16 voluntary cuts, and had a successful run in theatres.

“Insaan kab tak akela jee sakta hai?”, asks Salim Mirza. These are spoken as Salim, played by Balraj Sahni, finally relents and allows his son to join a protest march, himself joining in a few minutes later. Now more than ever, M.S. Sathyu’s Partition classic remains relevant. Addressing the plight of Muslims who opted to stay back, shunning Pakistan’s one nation-one religion theory, Garm Hava — written by Kaifi Azmi and Shama Zaidi and based on an unpublished short story by Ismat Chughtai — explores the insecurities and anxieties of the minority, questioned as they are about their right to live in the country, gaining as much resonance in 2021 as it did in 1973.

That was precisely the reason the movie was held by the CBFC for eight months. Shiv Sena supremo Bal Thackeray threatened to burn down Bombay’s Regal Cinema for premiering what he called a “pro-Muslim, anti-India” film. It was Sathyu’s single-minded persuasiveness that won over the government that allowed it a limited release. Ironically, Garm Hava was India’s official entry to the Academy Award’s Best Foreign Film category, was nominated for the Palme d’Or at Cannes and won the National Award for the Best Film on National Integration.

Deepa Mehta courted controversy once again with Water. Set in 1938 and exploring the marginalised lives of widows at an ashram in Varanasi, the film starred John Abraham and Lisa Ray (after several cast changes). When the Canada-based film-maker was shooting on the ghats of Varanasi in the year 2000, right-wing mobs decimated the sets, labelling the film as ‘anti Hindu’.

The shoot had to be indefinitely postponed, and it took Mehta several years to reassemble her cast and crew and start shooting the film, this time in Sri Lanka, under the working title of ‘River Moon’. Notably, the controversy compelled the film’s music composer A.R. Rahman to bow out midway.

Water had a limited release in India eventually, with Hindu nationalists doing all they could to disrupt screenings and threatening to burn down shops that stocked the film’s DVDs. “The anguish, the death threats, the politics, the ugly face of religious fundamentalism — we experienced them all. Has it been worth it? I often wonder,” Mehta said in an interview years later.

Sanjay Leela Bhansali’s ambitious film was mired in controversy right from the start, with fringe elements landing up on the Rajasthan sets of Padmaavat (then called ‘Padmavati’) and not only vandalising it, but also roughing up the director and his crew.

Initially scheduled to release in December 2017, Padmaavat was delayed, with protests against the film escalating to many parts of the country. With unfounded rumours that the film showed queen Padmavati (played by Deepika Padukone) in a bad light and featured a “romantic dream sequence” between the queen and Alauddin Khilji (played by Ranveer Singh), the Rajput Karni Sena — backed by various other Hindu political groups — took to the streets, issuing death threats to Bhansali and threatening to chop off Deepika’s nose. Deepika took on the might of the fringe elements singlehandedly, daring them to stop the film from releasing.

Finally, after a few cuts and modifications, Padmaavat saw the light of day in theatres in end-January 2018, though it wasn’t allowed to release in some parts of the country. Despite that, the film grossed close to Rs 600-crore at the global box office.