Happy that hard work is paying off, says star of ‘Lust Stories’ and ‘Kabir Singh’ 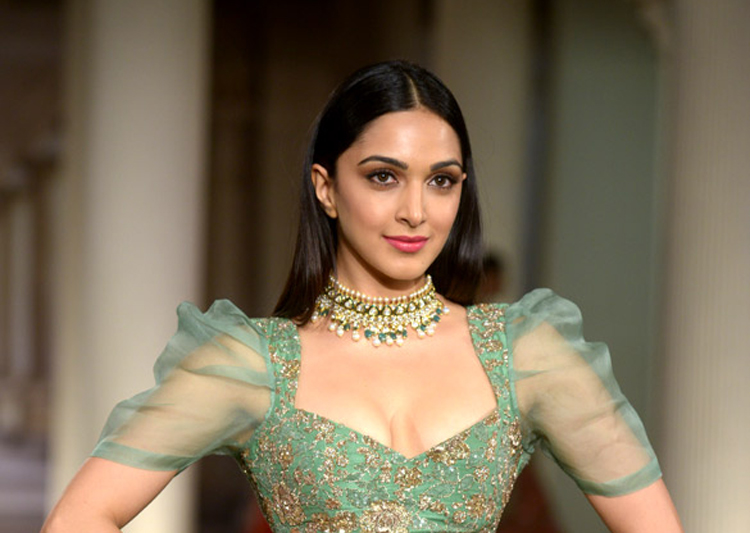 A good year coming to a close, actress Kiara Advani is looking forward to the new year with a lot of enthusiasm.

The actress, who will end 2019 with Good Newwz, said: “It’s like appearing for exams and waiting for the results in 2020. I have been here for five years. Someone asked me where do I see myself in five years. Now I can say this is where I see myself. When I look back I feel I have made the right decision and the hard work is paying off.”

Launched by Akshay Kumar in 2014’s Fugly, Kiara has two projects with the superstar now — one releasing later this week and the other (Laxmmi Bomb) releasing next year. “Yes, life has come full circle now that I am working with Akshay sir in both Good Newwz and Laxmmi Bomb.”

Besides Laxmmi Bomb, the actress has a host of films in hand for next year, including Guilty (Netflix original from Dharma Productions’ web arm), Indoo Ki Jawani, Bhool Bhulaiyaa 2 and Shershaah (again at Dharma).

Kiara, who shares the same first name with Dharma favourite Alia Bhatt, said she chose to change her name as the Student of the Year actress was already a star by the time she was launched.

“I didn’t want a mix-up, so I chose Kiara as my screen name. It’s inspired by Priyanka Chopra’s character in (2010 film) Anjaana Anjaani. I loved that name and decided that whenever I have children I will name my child Kiara. Then, since I wanted to change my name I decided to use Kiara… I will always find some other name when I have children.”

Admitting she did not have to struggle much in her career, Kiara said: “I come from a middle class background but my struggles were different. I didn’t have to bother about paying my bills but there has been a lull in my career. I was worried how my career would take off, was worried that some day everything will fall apart.

“Fortunately things are going right for me. I feel I haven’t yet reached there but I am just feeling the jump in my career. I still have to buy a home and give my parents the best in their lives. It’s my turn to do things for them now,” she added.

The turning point in her career, Kiara said, was bagging projects like the Netflix anthology Lust Stories and Kabir Singh.

“Lust Stories got me a lot of appreciation but Kabir Singh fetched me a lot of love from the audience. I am so overwhelmed that wherever I go, people chant my name Preeti from Kabir Singh. I am proud of all my films regardless whether they are hits or not. Each film has added to me as an actor and as a person.”

The Sandeep Reddy Vanga-directed film was mired in controversy for its storyline and Kiara said “it was a challenging role” for her. “In real life I would never tolerate such a relationship but I played a character and did my job. I am glad that I played my role with honesty and people have noticed me,” she said.

On her upcoming films, Kiara added: “Indoo Ki Jawani is an entertaining and sweet film. It’s the first film that’s completely on my shoulders. The film is about dating apps and I don’t know how it works. It’s like going on a blind date but that I have never done in my life. Then there’s Guilty and Shershaah, the shooting of which will start in February. I am working with Dharma Productions again.”