Gajraj Rao: ‘Ayushmann inspires me as a creative person’

Rao’s upcoming film Thai Massage, in which he plays a lonely 70-year-old man, is set to release on November 11 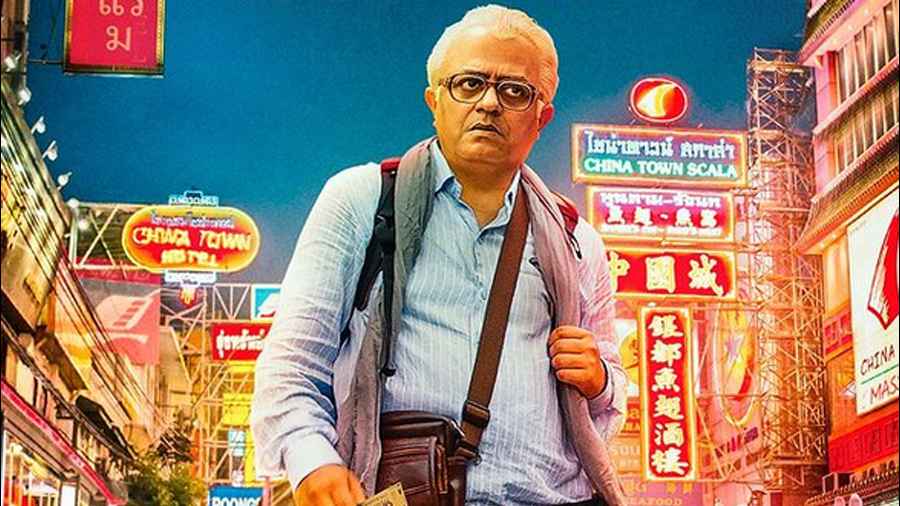 It's interesting how some of Gajraj Rao's recent films — Maja Ma, Shubh Mangal Zyada Saavdhan and Made In China — were all social comedies, a genre championed by his frequent co-star Ayushmann Khurrana.

The Dungarpur-born actor says whenever scripts of light-hearted films with an underlying message come his way, he often wonders how Ayushmann, his co-star from Badhaai Ho and Shubh Mangal Zyada Saavdhan, would think about it.

“Routine life is boring. One should try to do films that are away from that routine. I'm fortunate that films like Black Friday, Bandit Queen, Talvar and Aamir came my way. But post Badhaai Ho, Ayushmann as a creative person inspires me a lot,” said Rao.

“I may be a bit senior to him in terms of age and experience, but... whenever a script like this (social comedy) comes to me, I wonder how Ayushmann would visualise this one or what he will do with it. It's very inspirational,” he added.

The actor further praised Ayushmann for continuing down the “road less travelled”.

“He can easily go and do rom-coms. But he takes risks in every project. He knows that not every film of his will be super successful. There will be some stories that will not reach people, that they will perhaps not accept them. But he is not changing his path,” he added.

Rao's upcoming Hindi film Thai Massage, in which he plays a lonely 70-year-old man living in a small town, is yet another movie that falls in the space of social comedy genre.

Billed as a family entertainer set in Ujjain and Thailand, the movie presents the heartwarming tale of a traditional man named Atmaram Dubey (Rao) in the dusk of his life facing erectile dysfunction.

“I had watched his film Tingya and I was very impressed with his work. He is a remarkable writer and director. This is a progressive story, not your regular formula film in terms of the story,” he said.

The actor said his character is a man who musters the courage to go on a journey to Thailand to fulfil his wishes after spending his whole life repressing his desires.

“Atmaram Dubey spent all his life taking care of others. He never did anything for himself. His wife was bedridden for about two decades before she passed away. He is a simple man... This is the story of the loneliness of a 70-year-old man who hails from a small town."

Also a theatre actor and an ad-filmmaker, Rao credited the audience for making “space” for films like Thai Massage and 2018's Badhaai Ho, which saw a middle-aged couple (Neena Gupta and Rao) tackle the social stigma of an unplanned pregnancy.

“We are able to make such stories because the audience is accepting them. They are giving space to these movies. In the case of Thai Massage, I am happy to see that people are neither making fun of the story idea nor shying away from it,” he added.

For the longest time, Rao said the audience used to believe the cliche that “one must do things that suit their age”, but the trend is now changing.

“We have always viewed age like that and that's how we put the elderly in a mould. In other parts of the world, things are different. Today, even the younger audience members want to see a change, especially because they are exposed to global content,” he said.

“They also expect India to make different stories. The entertainment industry is changing. If people agree with (the story) it or not, that's secondary.”

The film is produced by Imtiaz Ali, T-Series Films and Reliance Entertainment.

Rao will also be seen in Badhaai Ho director Amit Sharma's sports drama Maidaan, headlined by Ajay Devgn, and the Kartik Aaryan-Kiara Advani starrer Satyaprem Ki Katha for which he is currently shooting in Ahmedabad.