Advertisement
Home / Entertainment / For our regional recco this week, we pick the sublime Utsab

For our regional recco this week, we pick the sublime Utsab

Mirroring reality, Rituparno Ghosh treats the background of Durga Puja in flashes. The real lives occupy more space and time, with the traditions existing in the background 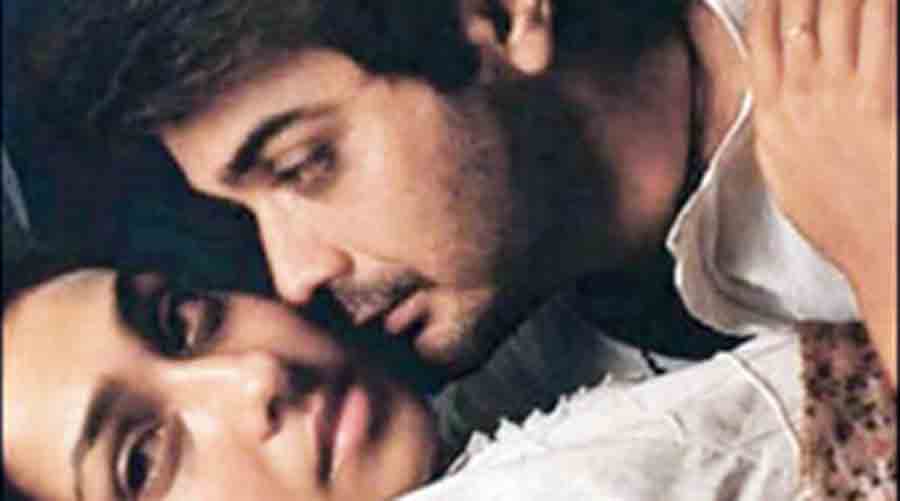 Durga Puja is over, and it’s that time of the year when there is a recognisable mix of grief and distraction. Going back to work and back to the humdrum of daily existence does not sit well at the back of the mind, stuck as we are in the euphoria of the festivities that arrived and then departed in a flash. The pictures and videos are the only saviours that remain, providing reminders that good things last for a short while, and they are worth the wait, every year.

This exact purity of emotion is captured in the last scene of Utsab, Rituparno Ghosh’s sixth feature film, which released two decades ago but feels as fresh as ever. It makes for the perfect post-Puja film, a triumphant cinematic ode to the paradigm of tradition and time.

Set in a raajbari, Utsab begins with the proceedings leading up to the annual Durga Puja in swift sequences. Ghosh introduces the family, now barely held together by the matriarch Bhagabati (Madhabi Mukherjee). The sons and daughters of the house — Parul (Mamata Shankar), Nishit (Bodhisattva Mazumdar) and Keya (Rituparna Sengupta) have come together after a long time.

Each of them is bound by tradition, yearning to break out of some sort of threshold. Parul’s long-standing marriage unravels an uncomfortable truth still hushed about. Nishit’s financial distress makes him rigid. Keya is on the verge of a divorce and requests her alcoholic husband Arun (Prosenjit) to give their relationship one last chance.

Once these multiple threads and dynamics fall into place with the quietest, most effective juxtaposition of characters, Ghosh masterfully unravels them in parallels. Mirroring reality, Ghosh treats the background of Durga Puja in flashes — it plays out without any semblance of the stereotypical or traditional. The real lives occupy more space and time, with the traditions existing in the background.

The characters yearn to make as much of these four days in their own ways, closeted in the hypocrisy of culture and tradition, but somehow holding on to the days as a vestige of passing-bys.
In fact, only the traditional sindoor khela finds adequate screen space (with a beautiful homage to Aparna Sen’s Parama), exquisitely designed to carve out a feminist alliance. Yet the silent, playful bond that develops between first cousins Joy (Ratul Shankar Ghosh) and Shompa (Arpita) gives the film its true breakthrough moments. Utsab is a film that breaks boundaries in the most subtly daring ways, unapologetic in its exploration of history that repeats itself in tender, unsophisticated ways.

Utsab also features some beautifully shot lovemaking sequences. It is important not only for the narrative thread involving Arun and Keya, but also for how it alludes to the thematic core of the feature. The deity of the locality is being taken out for immersion in a procession, and there are fireworks that light the dark interiors of the room, outlining their silhouettes together. The deity will return to clay and water, elements instrumental in its birth. Arun says that this immersion is a cycle of construction and deconstruction. So, even as history repeats itself through changing contextual settings, is there real evolutionary change?

Watching Utsab feels like it is the only thing in the world — that nothing else matters. Ghosh invites us into the physical and mental territories of these characters with such bracing poignancy and insight that the world outside ceases to exist. Isn’t living through Durga Puja the same way as well? As if the circumference of our cultural existence lies in these four days of potent celebration. Yet we know not how to unfold it in the way we want, every single year.

Before Utsab inches to its meta-climactic last scene, one is almost unprepared to feel the jolt of its catharsis. In the end, the pictures and videos hold the smallest of joys —  a perfect little synopsis breathing through the imperfections of everyday survival. Even if the festival is over, it still lives. Aschhe bochhor abar hobe!