Advertisement
Home / Entertainment / Films that sum up the idea of true freedom...

Films that sum up the idea of true freedom...

...In thought, word and action 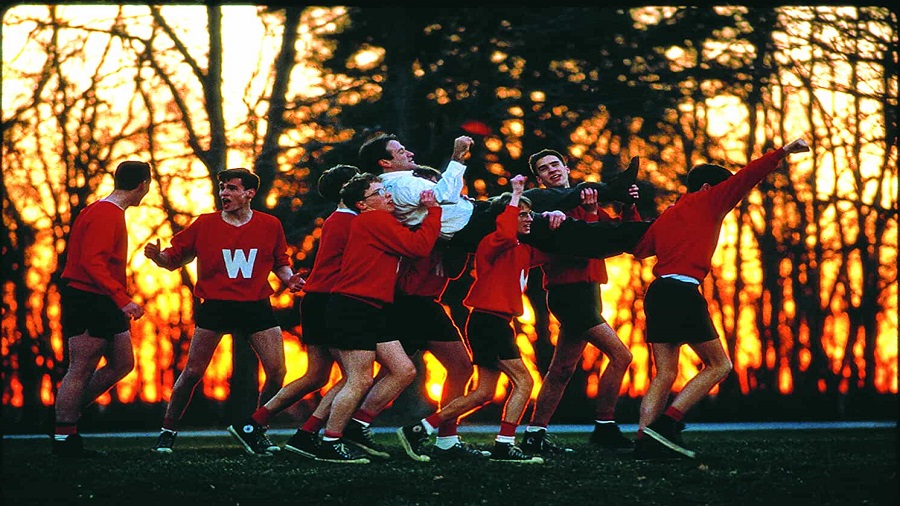 This Peter Weir-directed film, with an inspired central turn from Robin Williams, deals with the idea of freedom from a profound perspective. The critically acclaimed film follows seven young students in an authoritarian college, living by the principles of Tradition, Honour, Discipline and Excellence, and being encouraged by their new English teacher Mr Keating (Willliams) to learn through unorthodox methods that stimulate free thinking, the circulation of ideas and propagate resistance to any kind of indoctrination, through his teaching of poetry. That propels a journey of self-discovery among the students, with the film emphasising on the fact that we may all be free before law, but in truth, are perpetually handcuffed. Today, Dead Poets Society is a classic because it’s a film that tells us to think, to be much more than a cog in a wheel. A film that made us all scream, ‘Carpe Diem’ and, most importantly, believe in it. 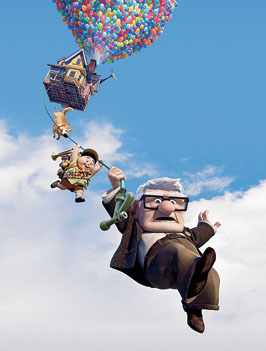 Up
Still from the film
2. Up

A visually rich Pixar treat, Up may have been a story about love and loss, but at its heart, it encapsulated the need to sometimes break away from life and go in search of the intangible, touching upon the acceptance of mortality and seamlessly blending stirring emotions and thrilling adventure. What makes the film worthy of this list is that it’s the story of an old man who decides that he still has life left to be lived. And that life is an adventure. Up teaches us that adventure may be about escaping death’s closure, but it’s also about clinging to life’s openness.The film brought together both humour and heart, with Carl and Russell’s carefree adventures making you the audience, too, feel like you are floating happily and freely away... up, up and away! 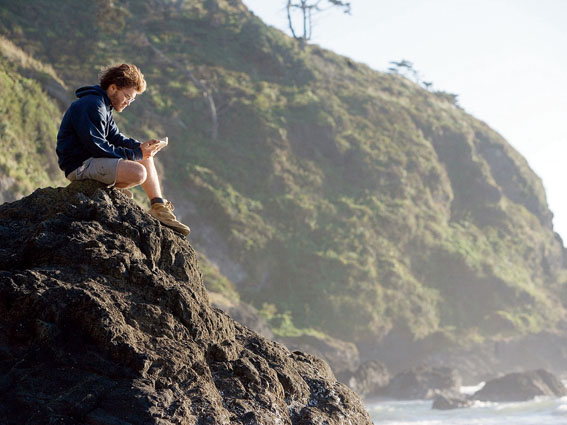 An inherent need to break free is the cornerstone of the real-life story of Christopher McCandless who gave up a life of privilege to hike across North America and into the Alaskan wilderness in the early 1990s. Actor Sean Penn, working skilfully behind the camera, brought to life McCandless’s unstoppable wanderlust, giving us beautiful frames of Emile Hirsch (playing McCandless) kayaking through the Colorado River, summiting snowy peaks and racing into the Pacific, in his unbridled quest to answer the call of the wild, and in the bargain, set himself free. McCandless may have met an end which is both poetic and poignant and largely open to criticism, but the film, on the whole, successfully captures the mindscape of a young man who yearned to reap the soulful benefits of solitude in the spirit of Thoreau. 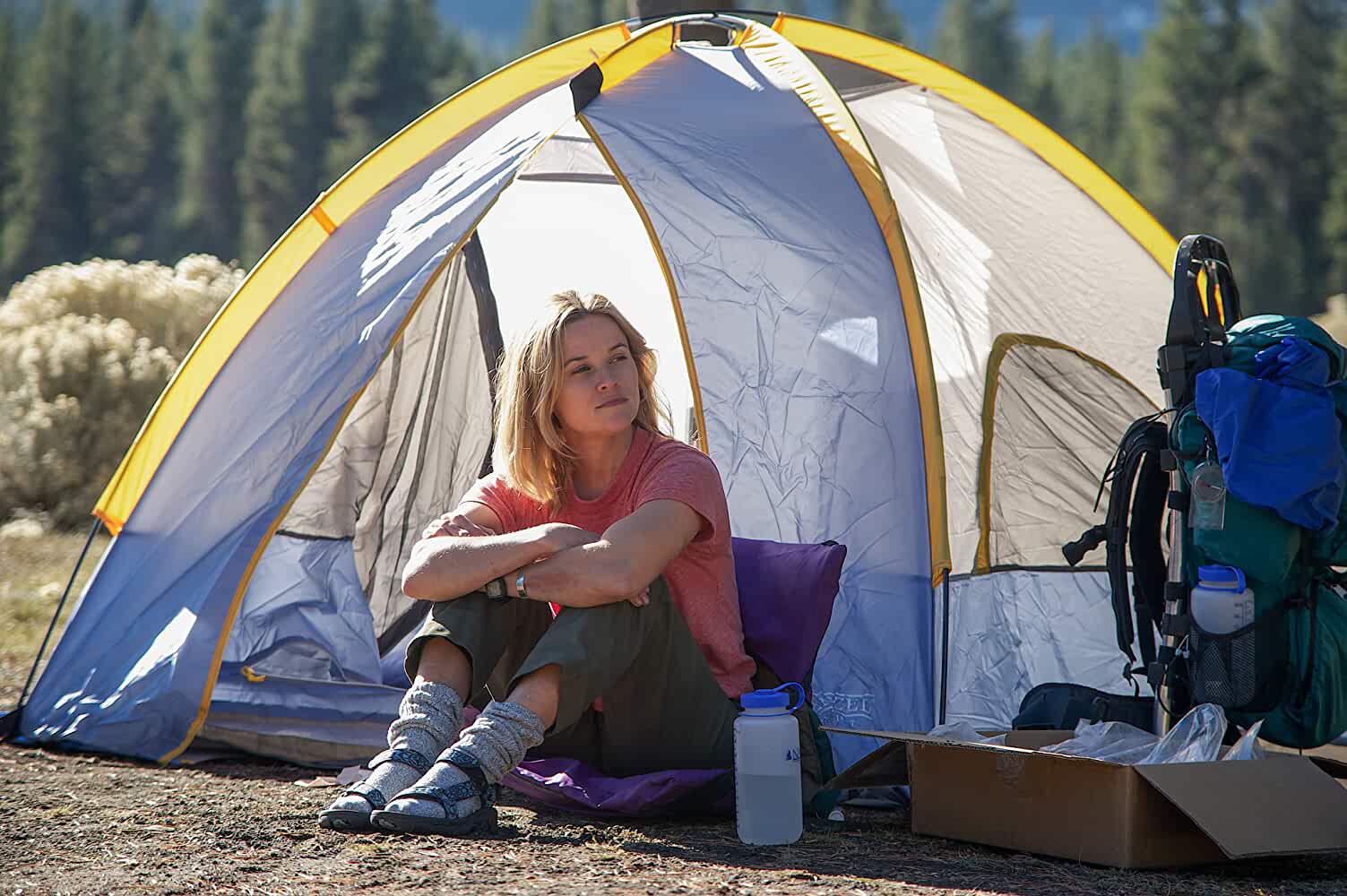 Wild
Still from the film
4. Wild

The real-life story of Carol Strayed, a writer who trekked 1,100 miles on the Pacific Crest Trail to cope with the devastating loss of her mother, is a textbook example of self-acceptance while undergoing a life-changing quest that’s both emotional and evocative and reiterates the power of a mind that gradually becomes free of all encumbrances. Strayed (played winningly by Reese Witherspoon) lost a few toenails along the way, but gained much more through her mini Odyssey, giving us a film rich on the importance of self-reliance. A story that heals through hardship, loneliness, silence, and beauty, and ultimately cruises towards freedom, Wild is evocatively conceived and personally realised. 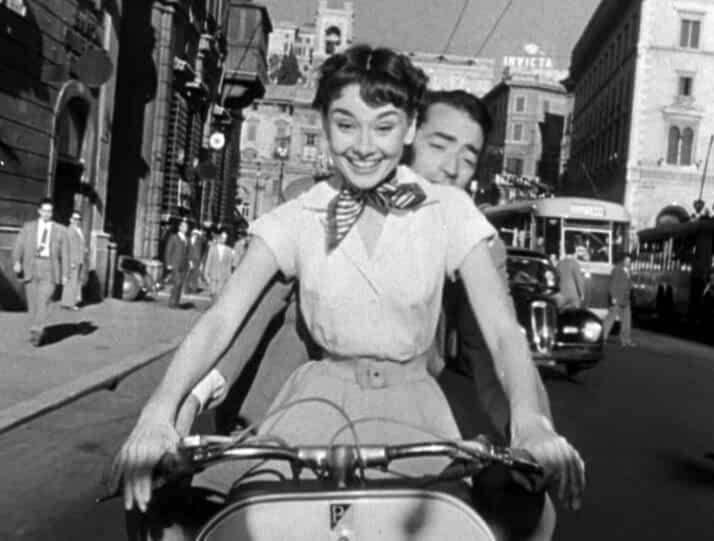 What is Roman Holiday if not a tale of unbridled freedom, even if shortlived? The 1953 classic, made beautiful and memorable by Audrey Hepburn and Gregory Peck, may be packaged as a classic romantic comedy, but it’s also about the freedom that a young princess (Ann, played by a luminous Hepburn who won an Oscar in what was her American debut) plunges headlong into for a few days, taking carefree rides through the streets of Rome on a Piaggio Vespa, snipping her hair short and delightfully tucking into ice cream. A never-to-be-forgotten brief holiday, with the glorious backdrop of Rome, becomes Anya aka Ann’s only way to break free and experience the simple joys of life, also finding love in the process, but only having to let go. 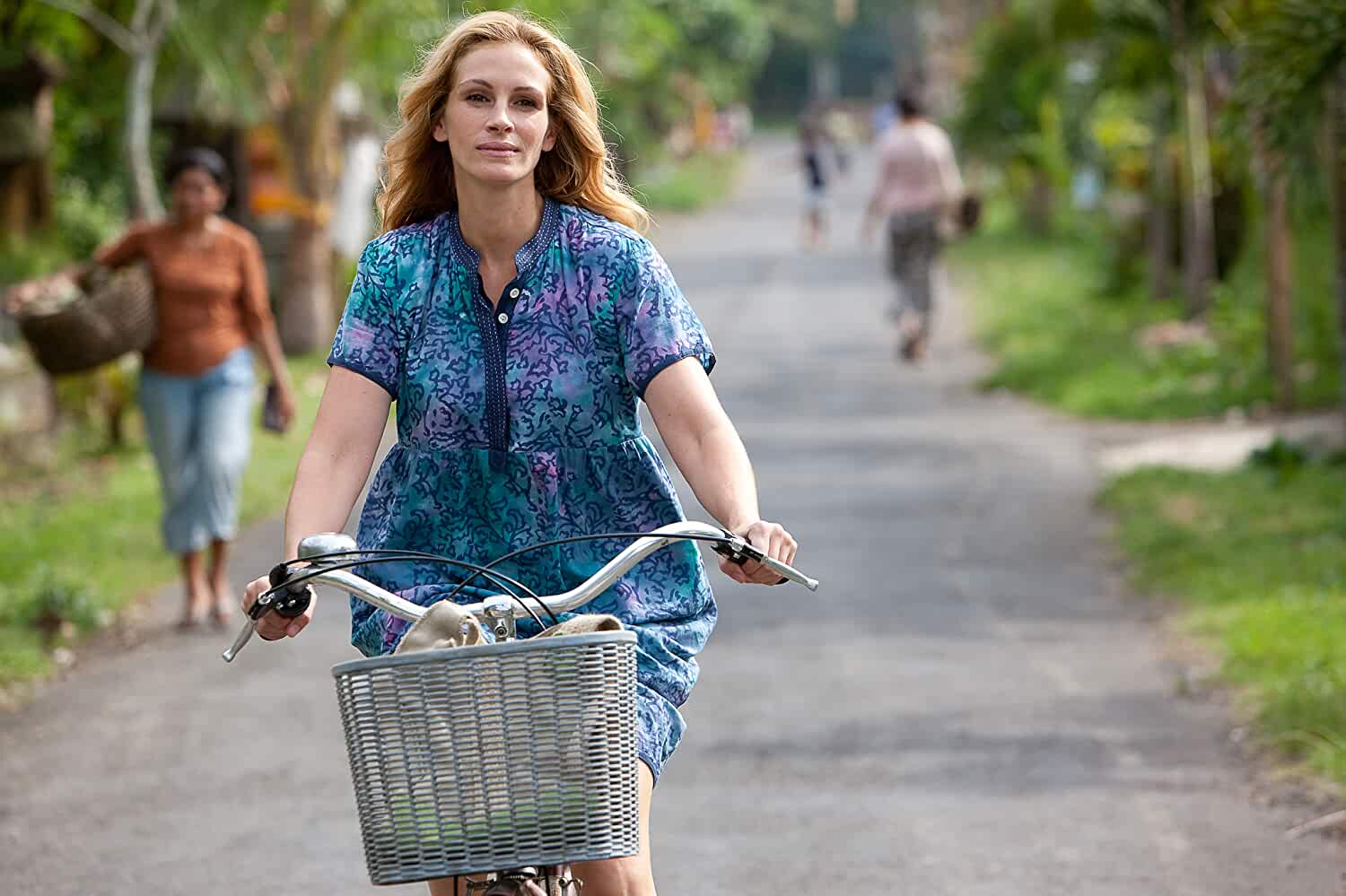 Elizabeth Gilbert’s moving and momentous memoir found its big-screen take in the 2010 Ryan Murphy directorial frontlined by Julia Roberts. The film may have lacked the emotional depth of the book, but as a piece of cinema that celebrates the freedom of choices, Eat Pray Love is right up there. It mirrored the lives of many, focusing on a woman lost and confused, emerging from a broken marriage to travel the world on a journey of self-discovery. She uncovered the pleasures of eating in Italy, the power of prayer in India, and, finally the balance of true love and inner peace in Indonesia. And you well and truly believe Liz when she says, “If you’re brave enough to leave behind everything familiar and comforting, which can be anything from your house to bitter, old resentments, and set out on a truth-seeking journey, either externally or internally, and if you are truly willing to regard everything that happens to you on that journey as a clue and if you accept everyone you meet along the way as a teacher and if you are prepared, most of all, to face and forgive some very difficult realities about yourself, then the truth will not be withheld from you.” 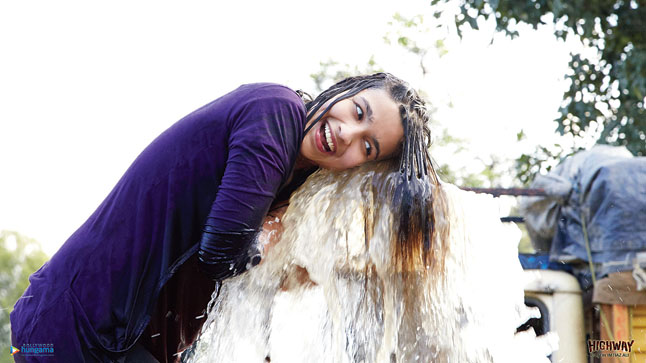 Highway
Still from the film
7. Highway

“Main jahaan se aayi hoon wahan waapas nahin jaana chahti. Jahaan main jaa rahi hoon wahan pahunchna nahin chahti. Par yeh raasta bahut achha hai… main chahti hoon yeh raasta kabhi khatam na ho”. Veera’s (Alia Bhatt) words to Mahabir (Randeep Hooda) best sum up this Imtiaz Ali film that succinctly and powerfully touched upon the idea of freedom, even when it came with fetters. Veera discovers the true meaning of life and the feeling of freedom only after she’s kidnapped by Mahabir, their two wounded souls journeying through the length and breadth of India but actually travelling many miles within themselves on a life-changing quest for self-discovery. Veera traipsing through the verdant fields and dancing uninhibitedly to ’90s hits in the middle of a desolate highway captured the spirit of freedom that the film strived to convey, even if it came at a cost. 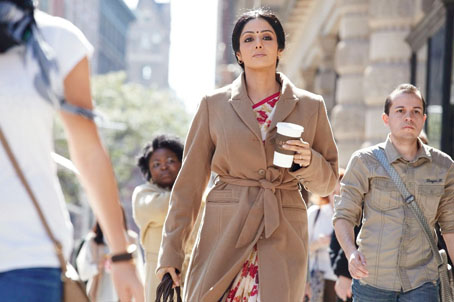 Shashi’s awakening of self-respect and her journey towards discovering her place in the world may have been courtesy a four-week English-speaking course, but Sridevi’s sparkling eyes and triumphant smile conveyed freedom in so many little ways... from managing to find her way through the ticket turnstile at the Tube to being hailed as an “entrepreneur”. English Vinglish was just not another film about a woman walking the road of self-empowerment, it was also a look at how freedom can mean different things to different people, and that respect and the freedom to put forth one’s opinions is non-negotiable. What crowned Shashi’s freedom tale? That winner of a speech towards the end. 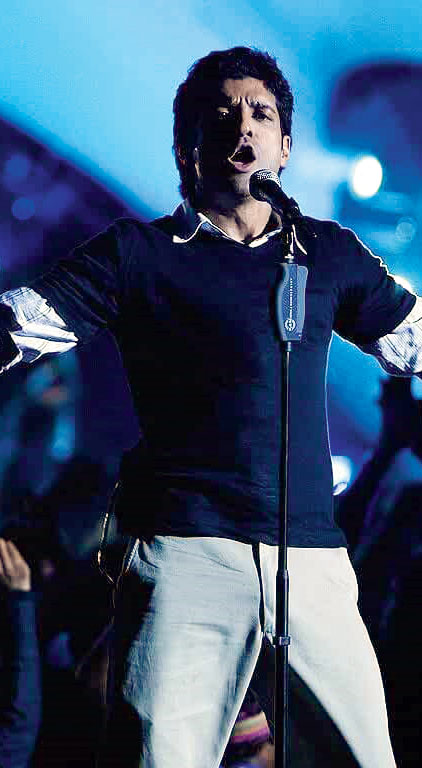 Rock On!! started off with four friends bound by circumstances, and life so to speak, and wanting to break free at every step. Their quest for freedom, in this Abhishek Kapoor-directed winner, was powered by friendship and driven by their common passion for music, with each of them — Adi (Farhan Akhtar) to Joe (Arjun Rampal), KD (Purab Kohli) to Rob (Luke Kenny) — discovering their own kinds of “freedom” (Rob saying, “Main marne se pehle ek raat poori tarah se jeena chahta hoon” still ring in our ears) as Rock On!! cruised on and made an indelible place in our hearts. And when they sang, Dil karta hai TV tower pe main chadd jaoon/ chilla chilla ke main yeh sabse keh doon/ Dil karta hai sadkon par zor se gaoon/ sab apne apne ghar ke khidki khole... our hearts sang too. 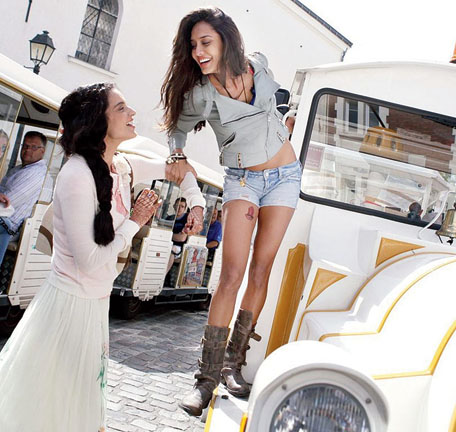 Queen
Still from the film
10. Queen

This Vikas Bahl film took the framework of what binds most women — marriage — and upended it to tell the story of a sheltered girl, who ditched at the altar, goes against the grain to take off on her honeymoon alone, travel the world and ultimately be confident enough to find her own corner in it. Powered by a winning Kangana Ranaut, the focus of Queen may have been mostly on Rani, but we also celebrated her ally Vijaylakshmi (Lisa Haydon), an epitome of freedom in many ways, rooting for every woman who has had the heart and guts to strike out on her own: unafraid, uninhibited, unapologetic. Rani’s journey of freedom and self-discovery was explored in many a moment, illustrated by that evening at a Paris nightclub where she gets piss drunk, climbs atop the bar counter and dances her heart out. And who can forget that final stride out of the gate? That uninhibited smile, that feeling of breaking out.... Freedom, hell yeah! 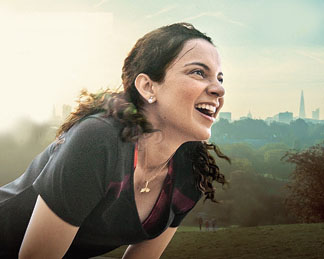 Panga
Still from the film
11. Panga

This affecting and feel-good tribute to the selflessness of mothers was also a freedom story in more ways than one. The Ashwiny Iyer Tiwari film focused on Jaya (Kangana Ranaut) giving up her career as a kabaddi champ for family, but powering back to the game after many, many years, in a move that is both physically and emotionally liberating. The potent mix of the emotionality of a mother and the steely resolve of a sportswoman was at the heart of Kangana’s performance, but what gave Panga — and her Jaya — the edge was the unending quest for freedom and the desire to make space for her herself even while operating within the traditional tenets of marriage and motherhood. 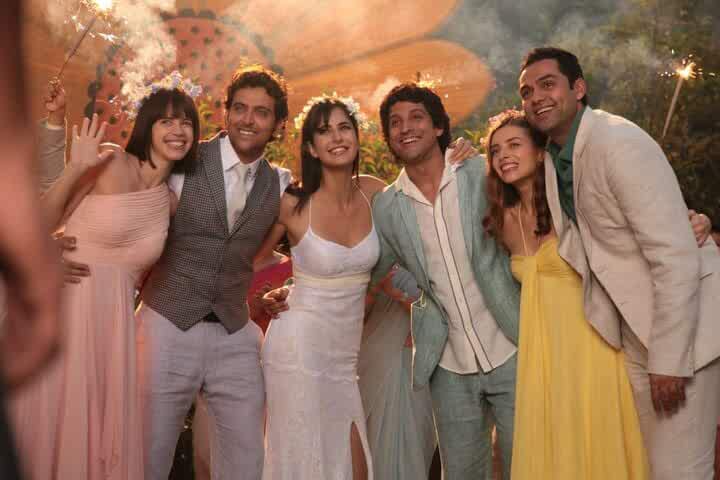 Directly encapsulating the idea of ‘Carpe Diem’ or ‘seize the day’ was this Zoya Akhtar film which, like Rock On!!, explored the themes of friendship and freedom, through a life-changing holiday in Spain undertaken by three college pals. Zindagi Na Milegi Dobara was as much a story of breaking free and acing our fears (from the more tangible ones like throwing oneself out of a plane and running before a pack of bulls to finally accepting love over career and meeting up with a father who was till then a stranger) as it was a delightful travelogue, each moment of Arjun (Hrithik Roshan), Kabir (Abhay Deol) and Imran’s (Farhan Akhtar) journey through life and love teaching us something about ourselves. “Hawa ke jhokon ke jaise aazad rehna seekho, tum ek dariya ke jaise lehron mein behna seekho....”