Advertisement
Home / Entertainment / Film on India's role in Battle of Haifa in the works, will be shot in real locations across Israel

Film on India's role in Battle of Haifa in the works, will be shot in real locations across Israel

Full authenticity of the project will be maintained 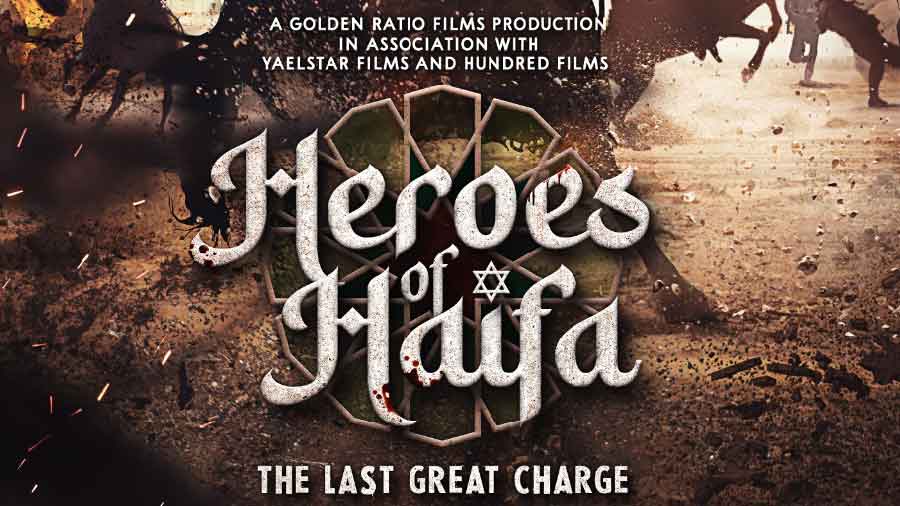 A feature film on Battle of Haifa, considered to be the "last great cavalry campaign in history", is being developed by Indian production banners Golden Ratio Films (GRF), Yaelstar Films and Hundred Films.

The project was announced as part of Haifa Day, marked by the Indian Army every year to pay respect to the three Indian Cavalry Regiments - Mysore, Hyderabad and Jodhpur Lancers - that helped liberate the Israeli coastal city Haifa following cavalry action by the 15th Imperial Service Cavalry Brigade.

The film, billed as a fast-paced war drama, will be co-produced by GRF, a digital content production of Vistas Media Capital; Yaelstar and Hundred Films. The makers are planning to rope in a global team for the project.

Major Dalpat Singh, widely popular as the Hero of Haifa, was awarded a military cross for his bravery.

Indian cavalry regiments armed with just spears and swords had displayed the highest tradition of valour and cleared the enemy from the rocky slopes of Mt. Carmel.

Addressing the gathering at the Indian cemetery in Haifa, India's Ambassador to Israel, Sanjeev Singla, described the daring cavalry charge as probably one of the last classical cavalry actions before the battlefields were transformed fully by modern warfare .

Singla also highlighted that the Teen Murti Memorial erected to commemorate this historic deed was renamed the Teen Murti- Haifa Chowk in recognition of this battle and as an affirmation of the historical link between India and Israel .

This cemetery and the Indian soldiers who fell here are one of many historical connections that India has to this land... As time passes it is important that their tales, courage and sacrifice remain a living memory," he said.

The story of the battle and it's legacy constitute an important chapter in Haifa's history. The Heroes of Haifa left us with a historical and heroic legacy and the residents of the city salute them for it , Rotem said.

Haifa municipality, along with the Indian mission in Israel, have been organising an event every year to pay tributes to the Indian soldiers since 2010.

The Indian film producers have been doing preliminary recce for the film in the country. They have met officials at various Israeli ministries who have "encouraged the production and invited them to shoot the film at actual locations in Israel, where the battle went down".

The team released a poster of the proposed project in Haifa soon after attending a ceremony to pay respects to the Indian soldiers.

" Heroes of Haifa' is a story about the courageous feat of Indian soldiers that the world needs to know. The heroic deed played a significant role in shaping the history of the region. It somehow has remained suppressed and not yet completely become the part of living memory it so well deserves , Piiyush Singh, the co-founder and group COO of Vistas Media Capital, told PTI.

We are honoured to make a film with such an exceptional storyline. After a lot of research on the minute details and considering the nuances of battle we are able to pin down this incredible narrative which the world should be aware of," Atul Pandey, co-founder of Hundred Films, added.

Following the meeting with the movie producers, the Israel Foreign Ministry in a tweet said it was a fruitful discussion on Indo-Israel films and media collaborations.

"Joint projects like this will help strengthen the close ties between the 2 countries as we celebrate 30 years of diplomatic relations," the post read.

The Mayor of Haifa assured the filmmakers of full support from the authorities.

"I'm positive that the movie will show proudly our beautiful city and its importance in the history of India. This large-scale production will showcase Haifa to millions of viewers, not only from India but from other countries, and will bring the city thousands of new tourists, she said.

About 900 Indian soldiers are interred in cemeteries across Israel in Jerusalem, Ramle and Haifa.

In a symbolic gesture of friendship with Israel, India renamed the iconic Teen Murti Chowk, a war memorial, during the visit of Israeli Prime Minister Benjamin Netanyahu to Delhi in January 2018 to Teen Murti Haifa Chowk.

Prime Minister Narendra Modi visited the Haifa cemetery during his visit to Israel in July 2017 and unveiled a plaque commemorating Major Dalpat Singh for his critical role in the liberation of the city.

The Israel Post had issued a commemorative stamp in 2018 in appreciation of Indian soldiers' role in liberating the city.

Israel to get variant-tailored jab