Whether you crack the clues in Srijato’s lyrics or just tap your feet to Joy Sarkar’s music, the title track of Srijit Mukherji’s web series is sure to have you hooked 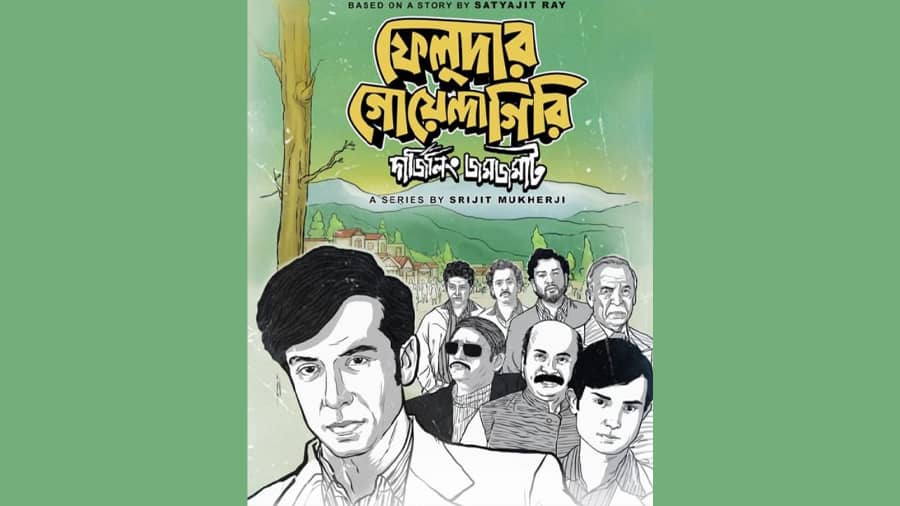 The foot-tapping music by Joy Sarkar and the catchy rendition by Anindya Chatterjee, Shilajit and Cactus-frontman Sidhu has everyone humming.

From Darjeeling to Hong Kong and Puri to London, Feluda’s mysteries took him around the world and all of them find mention in the title song. So do important clues like Amatir bhepu (Bosepukure Khunkharapi) and Kailasher pathar (Kailash Chowdhuryr Pathar).

Music has always been an integral part of Feluda films from Satayajit Ray’s Sonar Kella (who can forget the evergreen theme song) and Jai Baba Felunath to Sandip Ray’s Feluda films where he mostly stitched together music pieces from his father’s films to retain the mood. Music also often played an important role in the narrative of Ray’s films — be it the use of Rajasthani folk songs in Sonar Kella or Reba Muhuri’s thumri in Jai Baba Felunath.

The title track of Feludar Goyendagiri, which has Tota Roy Chowdhury playing the super sleuth, ticks all the right boxes with its catchy tune and lyrics. The use of original sketches by Satyajit Ray add just the right touch.

Watch the making of the title song here:

The singers, composer and director seem to have had as much fun recording the song as the audience has been having listening to it.