Advertisement
Home / Entertainment / Explore the incredible world of Pixar Animation Studios on the day of its latest release, ‘Lightyear’

Explore the incredible world of Pixar Animation Studios on the day of its latest release, ‘Lightyear’

From 1979 to today, Pixar has treated audiences of all ages to timeless tales such as ‘Toy Story’, ‘Monsters Inc.’, ‘Finding Nemo’, ‘Ratatouille’ and ‘The Incredibles’ 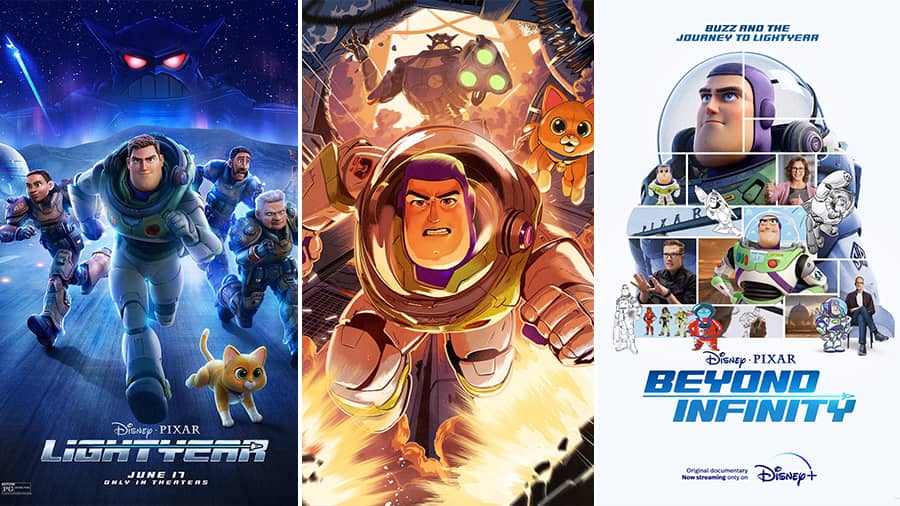 Pixar’s newest film, Lightyear, hit screens across the world this Friday and you may have already got your ticket for a weekend treat if not the first-day-first-show!

While you join space ranger Buzz Lightyear, voiced by Captain America actor Chris Evans, on his action-packed ride, here are some nuggets about Pixar Animation Studios that you may well not know about.

From Toy Story to Monsters Inc. to Finding Nemo to Inside Out to Ratatouille to WALL-E to The Incredibles, Pixar has treated not only children but people of all ages to classic after classic and embedded itself in our cinematic consciousness.

Some fascinating facts about Pixar, the creator of timeless tales of wonder:

Pixar started its journey in 1979 as part of the Lucasfilm computer division, known as the Graphics Group, before its spin-off as a corporation in 1986 with funding from Apple co-founder Steve Jobs, who became its majority shareholder.

It was Steve Jobs, who realised the business prospects of 3D animation and became one of the earliest and biggest investors in the company. It was his patience and business acumen that helped the small group of creative people work with conviction without compromising on their goals.

It is hard to believe now, but in the initial draft, the much-loved Woody was a ventriloquist's dummy. Executives at Disney, which co-produced the film, requested that he be replaced with something different because ventriloquist dummies are normally linked with horror films and they didn't want their sweet family flick to be frightening.

Woody was ideated to be the evil guy as well, but Tom Hanks was adamant about not doing so. His resistance along with Disney’s recommendation convinced the creators to alter the character and we're delighted to have the adorable Woody.

Andrew Stanton’s 2003 film Finding Nemo turned clownfish into quite the rage. The cute Nemo had almost everyone wanting a pet clownfish. The story, though, portrayed keeping fish as pets negatively and suggested that saltwater aquariums are notably tricky and expensive to maintain. The trend resulted in excessive capture and sale of clownfish and led to a dramatic drop in the species’ organic population in some natural settings, such as the waters near Vanuatu, where clownfish count dropped by almost 75 per cent.

The beautiful little girl we all loved in Monsters Inc. was originally a grown-up man! Boo was initially conceived as a grown guy who stumbles upon the monster world. For the original pitch, Monters Inc director Pete Docter drew a grown man like a child who gets transported to the world of monsters. But it soon became clear that Boo had to be a child for the story to carry the kind of impact the studio wanted to create. No one’s regretting!

Pixar changes movies to be relatable to different countries

Pixar often alters some details in movies to make them closer to different cultures. It goes with the studio’s motto of being culturally appropriate and inclusive.  Inside Out is the most well-known example of this. Riley's refusal to eat broccoli was modified in some Asian countries since Asian cultures do not have the same aversion to broccoli as some Western cultures. Pixar also replaced ice hockey with football in places where the skating sport is less popular.

The ‘Toy Story’ series is one of the most loved animated film series of all time.
@Pixar/Twitter

The gloom over Toy Story 2

The sequel of Pixar’s first feature film Toy Story 2 had some dark clouds hovering over it. A wayward computer instruction entered by an anonymous mischief-maker erased 90% of the work done on Toy Story 2 a year before its release. Fortunately, Galyn Susman, the film's supervising technical director, had a duplicate of the film she'd been working on from home and disaster was averted. With less than a year to release, John Lasseter took over the film as director and had to rework the story to accommodate an additional 12 minutes of content.

Watch these documentaries to learn more about Pixar:

Explore the revolutionary technology created by the founders of the legendary Pixar animation studios and how they first came up with 3D animation and produced the greatest animated films known today.

Follow the artists and scientists behind Pixar on their journey of technological advancements, despair, adversity and triumph.

Listen to Steve Jobs, John Lasseter, Ed Catmull, and Alvy Ray Smith, talk about how they helped build Pixar from.

Learn about the early battles with Disney Studio and the eventual merger.

Explore personal and cinematic stories that provide an inside look into the people, artistry, culture and operation of Pixar animation studios.

Take a closer look at what people working in various departments of Pixar do, from story to costume to animation to music.

Get transported into the world of Pixar animation and get a sneak peek at some upcoming Disney releases.

Find out why Pixar takes care to make its films culturally appropriate and inclusive.