Enter the world of Lee 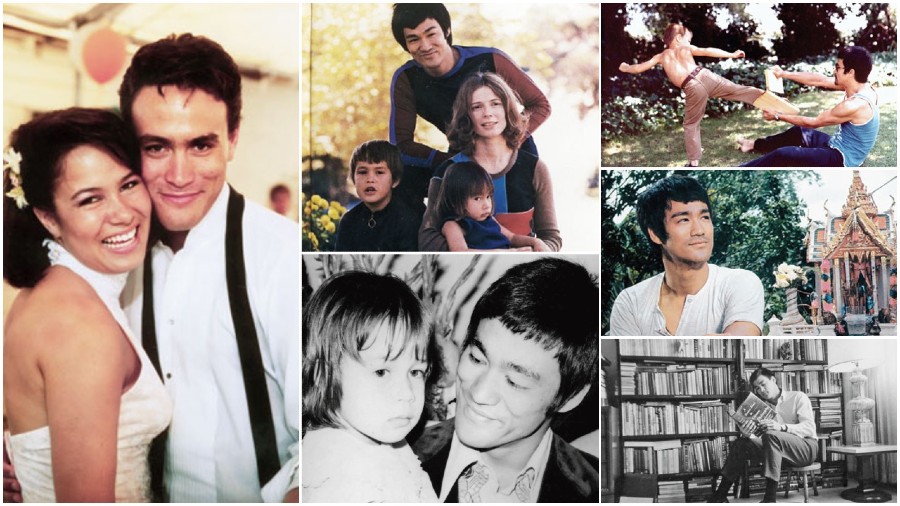 A lazy winter morning walking down a north Calcutta alley in the ’90s would mean an encounter with the local gymkhana where young men would discuss superlative techniques of nutrition and exercise, a rite of passage for any young boy, if you will. What would be constant on the wall would be a picture of the iconic Bruce Lee, whose kicks were fast enough to often be missed by the naked eye, as legend would have it. These gyms have faded and evolved over the years but the attraction for the actor, martial artist, director, producer, philosopher and writer that is Bruce Lee, continues to thrive. Be Water, My Friend: The True Teachings Of Bruce Lee (Penguin; Rs 699) is an attempt by his daughter Shannon Lee to put forward the philosophies of this cultural icon who has shaped and inspired millions of hearts worldwide.

While people are seen engrossed in the actor that was Bruce Lee, having acted in films like Way of Dragon, Enter the Dragon and The Game of Death among others, he is said to have changed the perception of Asians in international cinema. However, fans of this icon, who passed away at the tender age of 32 in 1973, rarely get a glimpse of the immense treasure of philosophies and ideas that Bruce Lee left behind, that his daughter is now putting forth to the world through the Bruce Lee Foundation. Working actively through podcasts, TV shows and more, the legacy of Bruce Lee lives on through Shannon Lee, who devastatingly lost her brother Brandon Lee in 1993. Speaking to t2oS from the US, where the actress currently resides, the author was all smiles reminiscing her father and the undeniable impact of his life around the world. Excerpts…

How did Be Water, My Friend come about?

I have been spending a lot of time with my father’s philosophies over my life, but certainly more so in the last few years because of the podcast that I host around it. I try to communicate how he used his philosophies and how I can apply them to their lives. I think a book was the next most natural step and I was encouraged to do it. My mission has always been to get my father’s philosophies out in the world in whichever way I can. I want people to know him as the meaningful philosopher that he was.

You lost your father at the tender age of four. How would you define your relationship with his legacy?

I wish I could define it easily. Even though I was four when my father died, I feel a strong connection to him, especially when it comes to living the most productive and joyful life that I can. This is the place where he and I really meet. My whole life, I have felt that I really know him very closely and my memory of him is very strong. The feeling of him — what it was like to be around him and be loved by him — is very deep. So, as a young child, when your brain is not as mature, what you have is an interpretation of the world through your senses. My sense memory of him is extremely strong. His words have guided me and helped me throughout my life. Even though I have struggled with ‘being the daughter of Bruce Lee’, all those were my own and had nothing to do with him. In fact, his philosophy would say ‘Don’t worry about self-image actualisation, worry about self actualisation’. Who are you and how can you be the best version of you? You don’t need to compare yourself with anyone else. Just be the best version of yourself. It’s not an easy thing to do by any means and even I have had a tendency to put pressure on myself that is unnecessary and I learnt from that too. I think my relationship with my father and his legacy is thus always changing and evolving.

You have written about this struggle of being Bruce Lee’s daughter in your book. Is there a similar pressure in maintaining his legacy?

I won’t deny that there is some pressure maintaining his legacy. It’s not real (laughs). There are many people who have their opinions on what the legacy is and how it should be managed that they feel free to express, but all I can do is to know that I am doing the best I can, by my father and by myself. And when I try with as much integrity as possible to help spread the message of his legacy, I feel okay about that. One of the things my father used to say is that “I am not in this world to live up to your expectations and you are not here to live up to mine”. We all have to live together and I do the best job I can and I have grown a lot through the mistakes I have made.

What was your research like, not just for the book but deep diving into his world?

It was a very special time quite frankly to sit with his works. I have always known about my father’s writings and phrases. But I would say that my real connection to the philosophy came in my mid-twenties, when my brother had died. I was really lost and in a lot of emotional pain and depression and I didn’t know how I was going to dig myself out of that hole or how I was ever going to feel good again. By some miracle, I was given by my mother a stack of photocopies of my father’s writing. It was a giant, three-volume set, containing his writings. I remember flipping through and coming across a quote I had never heard before. It really spoke to me at the moment. It said: “The medicine for my suffering, I had within me from the very beginning but I did not take it and now I see that if I am ever to find the light, I must be like a candle and be my own fuel.” Those words spoke to me and said that if I had to feel better, I had to attempt to feel better. One has to understand what ails within and one has to actively work towards eliminating it. Time heals things to a certain extent but to live a joyful life, one has to pursue. And so I did and it was from that time on that I became more and more engrossed with his work.

Tell us about your introduction to the world of his movies. What was your favourite film?

You know it’s funny because only today I was on a call with someone who happened to be a year older and they said, “We have grown up watching your father’s films. We didn’t see it on the first run in the theatre because we were too young but we saw him on TV”, and I thought to myself, I saw the first run in the theatre! (Laughs) In fact, I was on set for several of those movies!

We were never not allowed to watch his movies and we would go and visit him on set quite a bit when he would be shooting in Hong Kong. In those days, they filmed without the sound so you could be on set, making a noise. But as long as you didn’t come in front of the camera, it was a pretty free environment. His movies are actually one of my earliest memories.

The answer to my favourite movie of his changes over time and depends on what is going on in this world at the time. So I used to always say that my favourite film is Enter the Dragon and that’s because that was the last film he made and the one I was most closely associated with. I got to hear his real voice in this movie and I always loved and appreciated that. At the beginning of this lockdown, one of the things we did was host an online viewing of his Fist of Fury, which is the movie that takes place in a Japanese Dojo. My goodness! That is such a great movie and it had been a while since I had watched the film from beginning to end. And I have to say that’s one of my favourites. They all have their moments and are spectacular but these two are close to my heart. Forty-seven years after he passed away and he is still so fresh in people’s minds and still creates that excitement... that’s amazing.

You are a writer, an actor, a singer, a podcaster, a martial artist. Which role do you enjoy the most?

I thoroughly enjoyed writing this book and I am already noodling with what to write next. I do really enjoy that. I think the thing that speaks to me the most, or why I got involved in any of my father’s things is because I thoroughly enjoy trying to help heal inspire and motivate people. Not that I think of myself as some kind of a motivational person but my father’s words and message have so much value that I just love figuring out ways to get that out there. The film and TV projects that we have done, podcasting is a lot of fun, having conversations with people. I guess I would say that I enjoy acting and singing but they don’t inspire me as much as being able to be of service in some way.

What was your journey with martial arts like? How did you get initiated into the art form? Was it something that was a given or was it something you chose?

It was both! When my father was alive, there was martial arts happening all the time and there was no choice but to participate. It’s not like we didn’t want to, we did because it was a lot of fun but it was just something that we did as a family. But then he died when I was very young and it was at that time that Brandon and I stopped training. We missed him so much that we couldn’t think about doing it without him. So we didn’t train when we were kids but we both picked it up at different times and got back into it. For me, it was a way to know my father, the man who created his own form. I wanted to know what Jeet Kune Do (the mixed martial art form by Bruce Lee) was and what his process was. From there, I trained in other arts as well and I really value the training that I had. And I am glad that I was allowed to and was able to come to it on my own instead of being forced into it.

What next for the Bruce Lee Foundation?

We do have one TV series called Warrior, which released in 2019, based on his philosophies and principles. And then I have a handful of different projects — biographical, film and television series, and even an animated project. We are very much involved in their development.