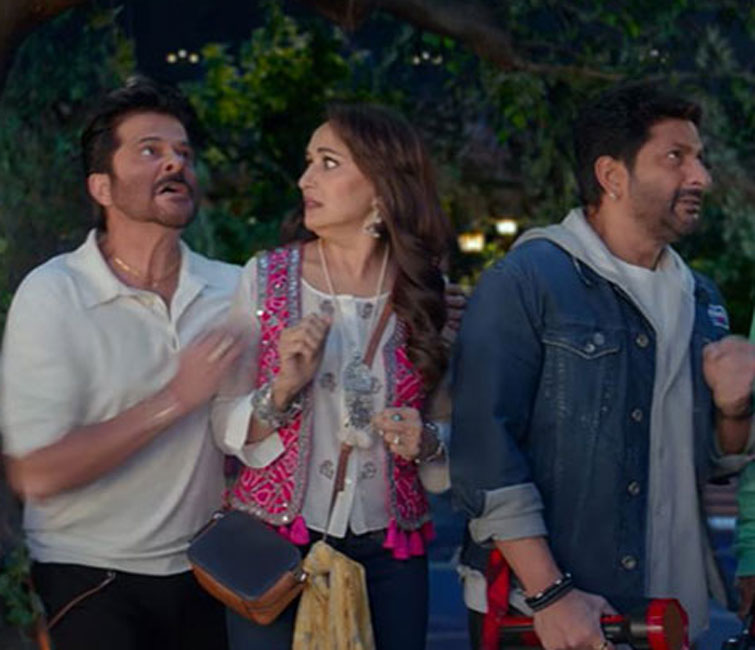 In Total Dhamaal, a motley group of dimwits try to outsmart one another in the race to get hold of a treasure buried in a zoo. Wait, wasn’t this the plot of Dhamaal, the first film in the comedy franchise, that released 12-odd years ago and which itself unashamedly copied from the ’60s comedy caper It’s A Mad, Mad, Mad, Mad World? Director Indra Kumar takes the trend of remixes a step further and ‘remixes’ his own film, peppering it with infantile jokes, brainless gags and CGI on steroids.

Total Dhamaal manages to assemble some big names — Ajay Devgn, Anil Kapoor and Madhuri Dixit — and brings back series staples Arshad Warsi, Riteish Deshmukh and Jaaved Jaaferi, but there seems to be no reason — apart from “Paisa yeh paisa” — why they would want to be a part of this buffoonery.

Having suffered the film on Friday morning, we’ve lined up 10 reasons why you shouldn’t waste your paisa on Total Dhamaal.