'Best foreign movie. No. Did this ever happen before?' 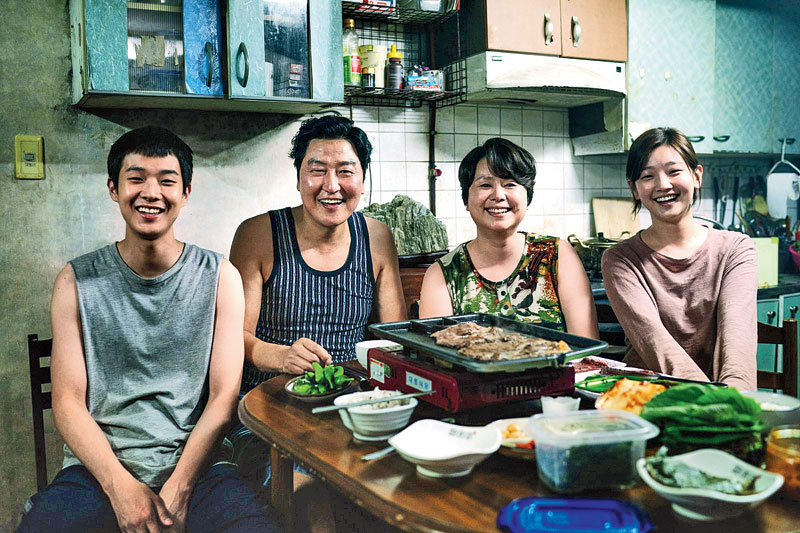 President Donald Trump veered off script at a rally in Colorado on Thursday night, when he attacked the Academy Awards for giving the best picture Oscar to Bong Joon-ho’s film Parasite.

“How bad were the Academy Awards this year?” the President said, throwing up his hands as the crowd roared at his rally in Colorado Springs. “Did you see? And the winner is a movie from South Korea. What the hell was that all about?”

Parasite, the acclaimed thriller from South Korean director Bong about class tensions boiling over in a wealthy family’s home, this month became the first film not in the English language to win the Oscar for best picture.

The film also won best director, original screenplay and international feature, marking a moment of pride for many Asian-Americans and a turning point in the Academy’s long history of embracing stories told by white filmmakers. But Trump was clearly not impressed.

“We’ve got enough problems with South Korea, with trade,” he said. “On top of it, they give them the best movie of the year? Was it good? I don’t know.”

He expressed nostalgia for Hollywood films from a bygone era.

“Let’s get Gone With the Wind. Can we get, like, Gone With the Wind back, please?” he said, lauding the 1939 romantic saga set in the South around the Civil War, which won a host of Academy Awards, including best picture. He also mentioned Sunset Boulevard, the 1950 Billy Wilder film noir.

“So many great movies,” said the President, who will be in India next week. “The winner is from South Korea. I thought it was best foreign film, right? Best foreign movie. No. Did this ever happen before?”

At the rally, Trump also singled out for particular criticism Brad Pitt, who had referred to the impeachment trial in the Senate when accepting his award for best supporting actor.

Firing back, Trump said he was “never a fan” of Pitt and added that the actor “got up and said a little wiseguy statement”.