Doctor Who surprises India with episode on Partition

The 6th episode, 'Demons of the Punjab', delves into a family's history and the idea of tolerance 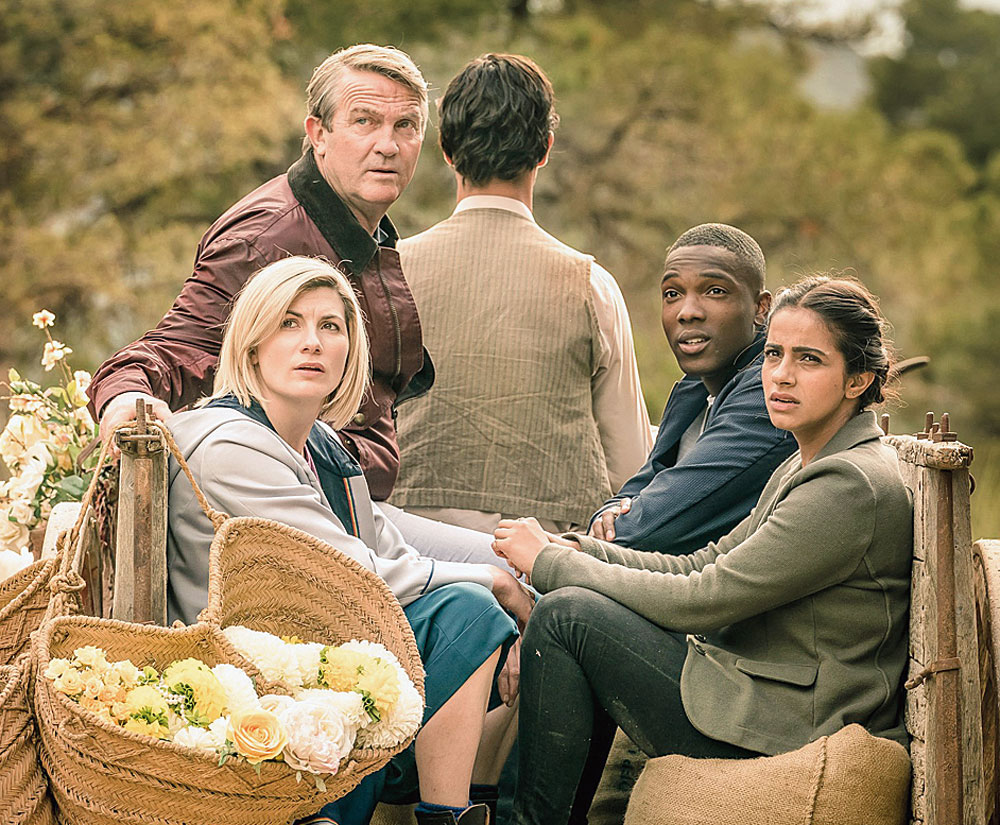 The sixth episode of the current series of Doctor Who, called Demons of the Punjab, will leave Indian viewers both mesmerised and troubled. Mesmerised because this is — at least from the Indian point of view — possibly the most gripping episode since the BBC’s most successful science fiction drama began in 1963. The current series stars the excellent Jodie Whittaker as the first female Doctor Who after 12 previous Time Lords.

But the episode is also very troubling because the Doctor’s time machine, the Tardis, has pitched her into India in 1947 where she has to travel by bullock cart. “We are in the middle of the partition of India,” she exclaims.

The horrific looking monsters stalking the land — the “Vajarians” were once notorious for being the worst assassins in the universe — are not the real demons in this tale, though. That role is taken by ordinary Hindus and Muslims seized by a blood lust after villages and communities, where people had lived harmoniously for a thousand years, are divided overnight by the imposition of the Radcliffe Line.

Though the tale is set ostensibly in 1947, more perceptive viewers will realise Vinay Patel, a British Indian who has written the story, is warning really about the intolerance apparently disfiguring sections of Indian society in 2018.

There is a Romeo and Juliet tragedy incorporated into this episode (which was filmed in Spain). Hindu boy marries Muslim girl though the former has to die almost immediately after the wedding. The Vajarians admit to the Doctor that they were indeed assassins once but have reformed and now wander the universe only to honour death. They have arrived in India to bear witness to the “casualties of partition” - “millions will perish unseen, unknown in the days to come…it cannot be stopped”.

The plot is as follows: at their home in Sheffield, one of the Doctor’s assistants, Yasmin Khan (Mandip Gill) is gifted a broken wrist watch by her grandmother, Nani Umbreen (Leena Dhingra) with instructions “it must never be fixed”.

Intrigued and keen to encounter her grandmother as a young woman, Yasmin persuades the Doctor to use the watch to take her to India in 1947. They arrive to find the young Umbreen (Amita Suman) is about to marry a local Hindu boy, Prem (Shane Zaza). This is much to the fury of his fanatical, Muslim-hating younger brother, Manish (Hamza Jeetooa), who kills a holy man (Bikramjit Singh Gurm) to stop him conducting the wedding ceremony.

Manish then leads a Hindu gang, swords drawn on black horses, against his own brother. But the Doctor manages quickly to marry Prem and Umbreen, telling the young couple: “Love in all its forms is the most powerful weapon we have….you are committing to it which make you right now the two strongest people on this planet - maybe in this universe”.

What the Doctor does not do (as in the 1985 movie, Back to the Future) is tamper with the future. She tells Yasmin, who is desperate for Prem to be saved: “For Umbreen to become your Nani, for you to exist, Prem has to die.” “Tread softly, you are treading on our own history,” she adds. “If something happens to Umbreen your whole timeline could be erased.”

Yasmin is not to know that Umbreen will escape to Lahore and that it will be her second husband, a Muslim, who will be her grandfather. The wrist watch, which cracked as it slipped out of Umbreen’s grasp, was Prem’s last gift to his bride. “This is perfect, this is us, for ever, our moment in time,” she whispers.

In what could be taken as a reference to contemporary India, Prem has already told the Doctor of his anguish: “We have lived together for decades - Hindu, Muslim and Sikh. And now are being told our differences are more important than what unites us.”