Spy stories are about keeping secrets up your sleeve and letting out little hints and Easter eggs to audiences and also to the characters, says the director 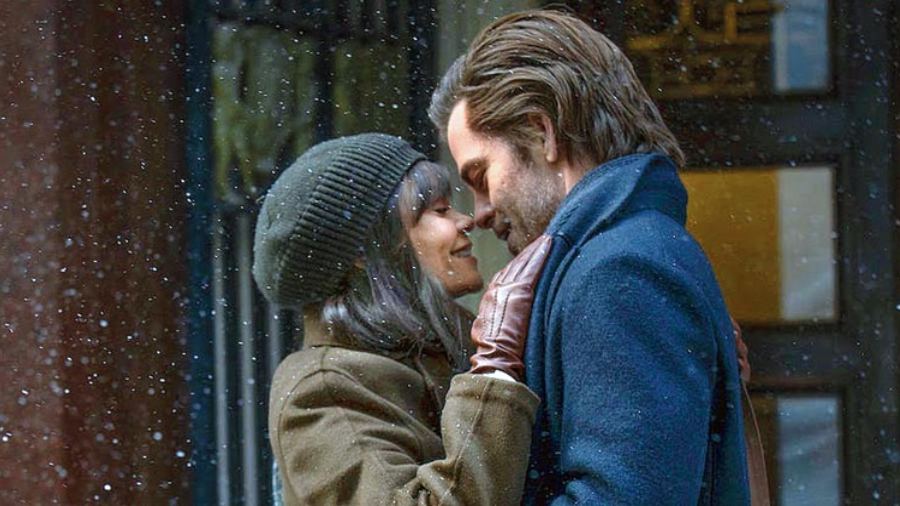 All The Old Knives — based on Olen Steinhauer’s eponymous bestseller and starring Chris Pine and Thandiwe Newton — is now streaming on Amazon Prime Video. The espionage thriller is directed by Janus Metz Pedersen, whose credits include the TV series True Detective and the film Borg vs McEnroe. Over a late night video call, shortly before the film’s release, The Telegraph chatted with the  Danish film-maker on his film, his process and the influence of Ingmar Bergman on All The Old Knives.

What was it about Olen Steinhauer’s book that you thought would be cinematic enough to adapt into a film?

Honestly, I read the script before I read the book. Olen Steinhauer also wrote the screenplay of the film and that was my first entry into the story. I subsequently read the book and I thought it had some interesting characters and backgrounds that we could use in improving the script and also informing some of the performances.

For me, the attraction of doing this was the fact that you have two people meeting over the course of a dinner, which is essentially an interrogation in a spy set-up where we have to figure out what went wrong in the past in this CIA office that they both worked in in Vienna. We learn that they (Henry, played by Chris Pine and Celia, played by Thandiwe Newton) are ex-lovers and this dynamic of two people in one room was really interesting in the sense that everything then becomes loaded with meaning. Every look, every hand movement, every lean back or front at the table... you are in such an intimate stage that small things become amplified. Working on a spy story is all about secrets and duplicity and double games. That, to me, was a really compelling way of approaching the story.

This is a film that blends many genres. What was the key to bringing it all together?

At the core of it, it’s a whodunit that should keep audiences at the tip of their seats. They worked in a little paranoid office in Vienna and they look back at that. At the same time, from a character perspective, it’s also a love story about two people who were the love of each others’ lives but who eventually couldn’t be together because of this terrible incident.

Spy stories are about keeping secrets up your sleeve and letting out little hints and Easter eggs to audiences and also to the characters. From a storytelling perspective, it becomes interesting how you bring your audience on to that journey. When do you let the coin drop, when do you deliberately mislead people.... That was exciting and fun and even difficult at times.

Thandiwe Newton told The Telegraph about how you brought in a lot of references on set, including the films of Ingmar Bergman. Can you tell us about that? How did you envision the palette of the film?

When you work with actors, you have to tickle the imagination and make the situations as real to them as you possibly can. One needs to describe to an actor a scene in such a way that the experience of being in that scene is not an intellectual experience but an emotional experience. If the director and actor can connect to something that they both recognise as the truth to a situation, then the performances acquire a refinement, depth and grounding that makes them relatable to other people.

When it comes to the Bergman reference, this was something that worked between me and the DoP (director of photography) Charlotte Bruus Christensen, who is a great lover of Bergman’s films. All The Old Knives is very much a film about close-ups. We go deeper and deeper into the heads of Celia and Henry during the course of this dinner and Bergman is a master, among other things, of the close-up. Sven Vilhem Nykvist, the DoP, was his longtime collaborator and they had this whole thing about how to create tension in close-ups, how to use the negative space behind a character to amplify the secret the character is carrying. Charlotte would compile all these reference images from Bergman’s movies and discuss them with Chris and Thandiwe and tell them that this is what we were trying to achieve with a scene.

There is a scene where they are making love and then they look in opposite directions and there is almost a religious undertone to that image. Bergman worked on the symbolism of that a lot and we used them too.

As a director, how do you bring in integrity and authenticity to a story like this which could be potentially horrifying in real life?

Research is the key. We researched every single aspect of this movie. In terms of depicting a plane hijacking, we went and spoke to a lot of airport officials about how hijacking would be dealt with inside an airport. While doing so, I actually learnt that most airports across the world have designated hijack areas within their premises where they not only take a hijacked plane and isolate it from the rest of the airport, but also ensure that they make things feasible for special forces to storm the plane. At Stansted Airport in the UK, they actually have tunnels below the runway so that they can send forces up from below the plane.

So a lot of our work was very research-based and we worked out scenarios as to how this could potentially be played out. Personally, I hate movies where you question the plotline and the choices of the characters in relation to reality. On this movie, we also collaborated very closely with an ex-CIA agent who walked us through some of the plotlines. We even designed the office spaces according to her notes. In the CIA office, they have a special room for debriefings which they refer to as the SCIF (Sensitive Compartmented Information Facility) room. You cannot spy into that room or get surveillance into it. We had to build that into our set.

How has your prolific career as a documentary film-maker informed and influenced the way you make films, especially an espionage thriller like All The Old Knives?

I excavate reality for all the truth and the information that I can get and I use that in the work of narrative features, so that it becomes as real and as relatable as I can make it. That’s where my background as a documentary film-maker comes in. I get into great detail and work on authenticating the things that I portray and the films that I make.