‘The film depicts much-needed family values in the present world’ 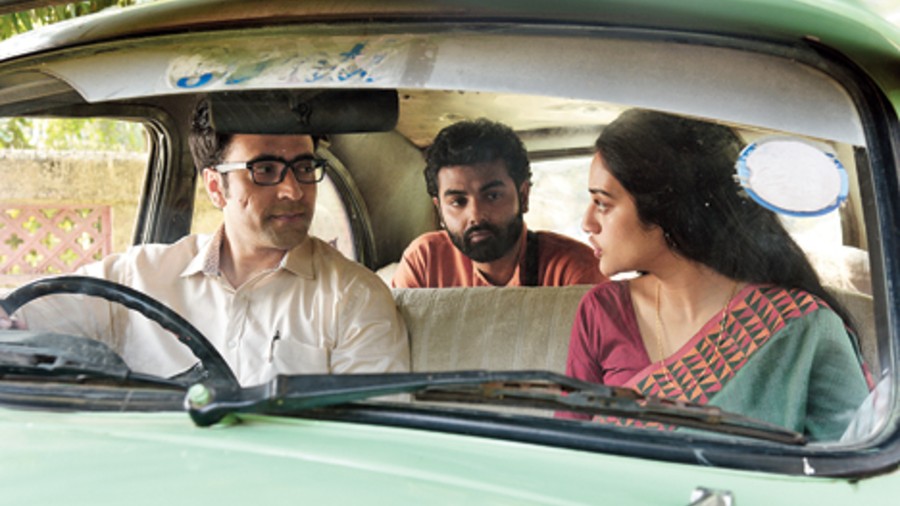 Each film must leave a message. It is not only the performances of its actors, its dialogue, scenic beauty, its music, directorial acumen and others, which make an imprint in the minds of the viewers but also the message it leaves for them and the value it propagates for the society are the most important factors of a movie.

The film Dictionary transmits two very important messages, which are highly relevant in today’s society. As the film has beautifully woven two different short stories of the eminent writer Buddhadeb Guha, one on being a father and the other on being a husband, the film definitely communicates two important values in respect of these two eternal relationships.

The movie tries to depict how a father needs to engage with his growing child in the contemporary situation and what role a husband can take in case of any problem cropping up in their marital relationship. The roles depicted are very conducive in projecting the family bonding.

The characterisations of all the actors were perfectly done to depict the inner crisis of relationships of each one of them.

However, the reconciliation part was handled very well and came as a natural corollary as the film progressed. The film showed what is good for a family in the contemporary world. When the modern society suffers from different kinds of break-up in the family, be it in the relationship of husband and wife or father and son, this movie brings forth the value of reconciliation by which all sorts of misunderstanding can be done away with and family life can progress and prosper. Apart from the relationships of husband-wife and father-son, another complex faced by a self-made man is that he wants to forget his past and prosper as an upcoming industrialist by any means. This has been depicted well in the movie.

Ultimately the film projected that the change in lifestyle to show off being a moneyed man is nothing in real life and it is the mental peace and family bonding that ensure peace in one’s mind. This is a common crisis faced by many, to disown the past, disconnect the roots and to be in a rat race to earn more money, which actually destroys peace of mind. The film also depicted very well how the behavioural changes that are artificially imposed if one becomes suddenly rich actually has no importance in life and makes one a laughing stock. This will definitely open the eyes for many.

“Compassion will cure more sins than condemnation,” said Henry Ward Beecher. This message comes true in the film. Understanding, patience and listening to all in a family is well portrayed. Forgotten values in families were well brought out in the film. Concern for one another and understanding the struggles which each one goes through is also well portrayed.

Director Bratya Basu made a mark in weaving two stories together and getting the essence of values through all the characters. The producer Firdausul Hasan and his production house Friends Communication deserve a compliment for producing this kind of a family film, which gives a very positive message in the society.

All the actors including Mosharraf Karim of Bangladesh, Abir Chatterjee, Nusrat Jahan made their roles lively and presented the crises and reconciliation very well. All the other main actors also did justice to their roles. Cinematography, editing and background music showed professional handling of their respective domains, which altogether made a major impact.