Darlings to Qala: Five film soundtracks of 2022 that kept us hooked

Amit Trivedi, Achint Thakkar and Vishal Bhardwaj are among those who have composed the music for these films 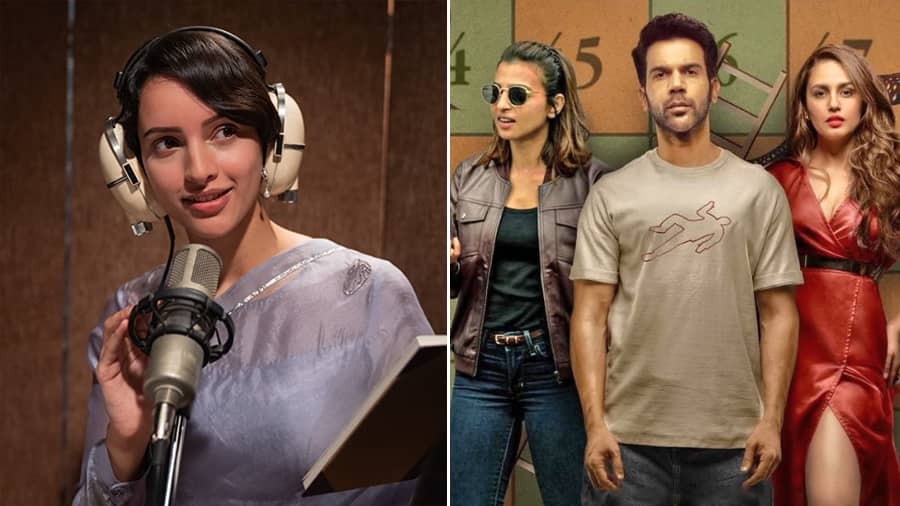 It’s difficult to recall soulful songs from the big-ticket Bollywood releases of 2022, apart from Kesariya and Deva Deva of Brahmastra. On the contrary, there has been no dearth of good music in Hindi web content, be it direct-to-digital films or web shows.

This year, the streaming platforms served up what the Hindi film audience has been waiting for the longest time — some good music to come back to. It also introduced us to a whole new set of talented music composers, singers and lyricists. Here’s our list of five films that were released on OTT, whose soundtracks have become earworms.

The popular online trend – ‘the art and the artist’ – fits the bill for Qala. Since the time Qala’s trailer dropped, we had our hopes pinned on composer Amit Trivedi strumming up a storm for the musical directed by Anvitaa Dutt, who has been writing dialogues, screenplays, scripts and lyrics for many years and stirred up conversations with her directorial Bulbbul. Starring Triptii Dimri, Swastika Mukherjee, Babil Khan and Amit Sial in the lead, Qala’s retro classical music underscores the emotional upheaval in the characters.

Composed by Achint Thakkar, the music of Vasan Bala’s Monica, O My Darling is refreshing and the comedy it evokes makes it special. The six songs, all diverse yet similar in mood and sentiment, are penned by lyricist-writer-poet-stand-up comedian Varun Grover and Achint. The music whips up a fun world as well as pushes the narrative forward. Yeh ek zindagi by Anupama Chakraborty Shrivastava is an ode to the popular cabaret numbers sung by none other than the maestro Asha Bhonsle.

Sarita Vaz’s Love you so much (I want to kill you) marks a hilarious moment between a couple in confrontation. Saud Khan’s Suno jaanejaan has ’70s Bollywood music written all over it. Sagnik Sen’s Farsh pe khade is an ode to Hemanta Mukhopadhyay’s singing. Bye bye adios, once again by Anupama Chakraborty Shrivastava, makes for a funeral party number. Vivienne Pocha’s Hills of Malabar holds a poignant mood.

The three songs of Gehrahiyaan — the Gehrahiyaan title track, Doobey and Beqaaboo — composed by an independent musical duo, Kabeer Kathpalia (OAFF) and Savera Mehta, delightfully encapsulate complexities in relationships more than the Shakun Batra directorial as a whole. Kausar Munir and Ankur Tewari wrote the Hindi lyrics. With the groovy Doobey track, we discovered Lothika Jha. Shalmali Kholgade collaborated with OAFF and Savera to create the headbanging number Beqaaboo, and Mohit Chauhan’s soft reprise of the Gehraiyaan track is relaxing to the core. From Instagram reels to long drives, the songs of the Deepika Padukone-starrer dominated our online and offline worlds for a long time.

The Amazon Original Series Modern Love Mumbai, an anthology of six stories around love and relationships, has beautiful songs composed by some of the best names in the music industry. Be it Nikhil D’Souza’s feel-good number Mausam hai pyaar or Nikhita Gandhi’s melodious Raat rani, composed by Ram Sampath.

That apart, there are a few songs that deserve a mention such as composer Shivam Sengupta’s recreated version of Anu Malik’s chartbuster Yeh kaali kaali ankhein (from Shah Rukh Khan’s Baazigar) for Netflix’s mystery drama Yeh Kaali Kaali Ankhein, followed by the two soulful numbers Kya hai duur tu and Manmohiya from Madhuri Dixit’s The Fame Game and Thehar from Vidya Balan’s Jalsha. The foot-tapping numbers like Boom padi from Maja Ma and Pipni from Mismatched are a few among many songs that treated us throughout the year.