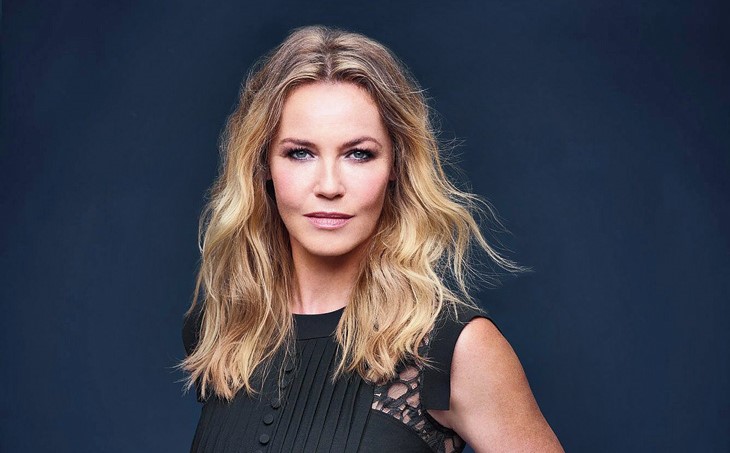 Starting from The Devil’s Advocate to Gladiator to Mission to Mars and Nymphomaniac, Connie Nielsen has packed in diverse turns in a career spanning over two decades. But it’s as Hippolyta — the celebrated queen of the Amazons in Themyscira and the mother of Wonder Woman — in Wonder Woman and then in Justice League, that the actress, who turns 55 today, has gained worldwide following with fans across generations. Nielsen, who was born in Denmark, is also a prolific advocate for women’s rights and one of the biggest voices in support of the #MeToo movement in Hollywood. 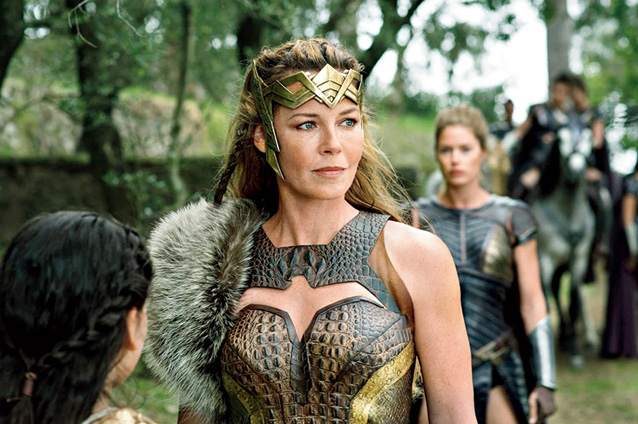 Connie Nielsen as Hippolyta in Wonder Woman
Still from the film

On her birthday today, Sony PIX will telecast both Wonder Woman and Justice League. The Telegraph caught up with Nielsen over a Zoom call to chat birthday plans, the changing roles for women in Hollywood and why she needs to make a Hindi film.

Happy birthday! Are you a birthday person?

When you were offered Wonder Woman, did you foresee the impact it would have on young women and the new grounds it would break in the superhero genre, especially in terms of having a female superhero?

When I first read the script, it was the same experience that I had when I read Gladiator. In Gladiator, there was this mythos which was really, really strong. It was the same with Wonder Woman. There were these inherent values that were there in both scripts, of what it means to be a good human and create successful societies. I love when a story does that, but I didn’t really foresee that it would make such a huge change, I just knew that I wanted to be a part of telling that story.

But I well and truly felt the impact of Wonder Woman when we were sitting at the premiere of the film in Los Angeles and my youngest son, who was 11 at that time, and his friend who are both big superhero fans, were responding to things that we were doing on screen as they would to any male superhero. They were open-mouthed, shocked, excited... and for them, there was no difference... they were watching a superhero, not male or female, period! This was a film that gave men the opportunity to admire women, which is generally so difficult for male culture to do.

It’s a known fact now that when many boys play video games, they use female avatars or skins, as they call them, as much as they use male skins. And there’s no fear of being branded effeminate. Wonder Woman has participated just a little in giving more depth, more equality and more agency to women in thinking, ‘What’s going to stop me from doing what these women are doing on screen?’

As Hippolyta, what was it like doing all those remarkable stunts yourself?

It was a lot of fun (smiles). We trained more than six hours a day. I did two hours of weight training, two hours of horseback riding, followed by two hours of sword fighting. There were some days when I couldn’t even turn in bed, it was that tough (laughs). And we did that for months together. But it was so spectacular, I loved every minute of it. They made me eat a lot, which I also loved! (Laughs) And then there was the camaraderie. We were 50 women on set together, all talented, incredible athletes and I got to learn so much from them.

Despite the fact that there were Amazons in the film, the focus in Gladiator was so much more on the men. Do you think Wonder Woman is representative of the shift in the changing roles for women in Hollywood?

I think all progress is two steps forward, one step back (smiles). It takes time for people to change their mindset. But it is important for everyone to realise, especially men, that they are half as good as they could be if they don’t truly embrace a world where everyone is equal. Equal opportunities for women doesn’t just benefit women, it benefits the whole country. That applies to Hollywood as well.

What do you attribute the longevity of a two decade-plus career to?

I really don’t know (laughs). I take a lot of time off to be with my kids, I have four sons and a foster son as well, and they have always been my priority. I guess because I don’t live in LA and I don’t live that kind of life, the only thing that people respond to is the work that I do. I don’t do any celebrity stuff. I think I just manage to disappear enough so that people don’t get tired of me! (Laughs)

So has consciously keeping away from the glitz and glamour of the profession kept you sane?

I mean as much as anyone would call me sane! (Laughs) I do a lot of work with an NGO that I founded that works for equal access for some of the poorest people on the planet. To me, making it possible for a person who lives in a slum to go out there and access all equal opportunities, is probably what keeps me sane.

Of all the roles you’ve done, which are you most proud of?

I’ve loved the films that talk about the world that we live in. Brothers, directed by Sussanne Bier, examined the psychic cost on society of waging war. I really loved the humanity of that story. Of course, I loved Gladiator, Wonder Woman was a lot of fun, the sequel of which is slated to be out soon, as well as the new Justice League film... I am excited because I get to do some great stunts again... I love doing crazy things like running up walls! (Laughs)

You wrote a powerful editorial piece when the #MeToo movement blew up in Hollywood. With Harvey Weinstein now indicted for his crimes and with so many women speaking out, do you see a tangible change in the industry?

The last time we had a feminist revolution, we didn’t have social media like we have today. And so, to be able to have a speedy conversation in real-time, has really helped the movement. What I wrote in that piece is that we always blame the girl... she shouldn’t have gone there, she shouldn’t have worn those clothes.... But she didn’t do it, it was the guy who did it. No woman makes a man lose his mind, it’s him who does it.

I think there is certainly more care in the industry now, and in the world in general, in terms of what we are saying and how we are saying it. I think it will take a long time for people at the top of corporations to not just have women, but have women who want to create change for women. We don’t have to worry about protecting male privilege, it is alive and well (laughs). We need more people who can relate to what women are writing and feeling to greenlight projects. Men usually don’t find subjects interesting unless women represent what men want them to be, which is usually a sexual object or an object of beauty or some kind of female ideal which is subjugated to a man. But it’s the amazing lives of women who are astronauts, civil rights fighters, lawyers, or women who have psychological and emotional situations that could make for a great film. We have some way to go before we get to that becoming a norm rather than an exception.

You speak seven languages. Were you always a linguist or did that develop as an offshoot of being an actor?

I do speak seven, and out of those, I can read and write in six (smiles). My language abilities have made it possible for me to work all over the world. I am from Denmark, and I would always joke that I come from such a small country that you can’t see it on the world map, and inside of that country, I come from such a small city (Frederikshavn) that you can’t see it on the country map! (Laughs) Being able to speak so many languages is something that the Danish government made it imperative for us. I learnt four languages even before I left Denmark and then I taught myself some more. So when people ask me if I want to do a film in Germany or France, I say ‘sure’ because I do speak those languages. It also suits my world view of looking at everything as a universal culture because I feel that people all over the world have more things in common than they don’t.

So time to teach yourself Hindi and make a film in India?

I would love that... it would be a dream come true! I always watch Bollywood movies, and I always cry! (Laughs)