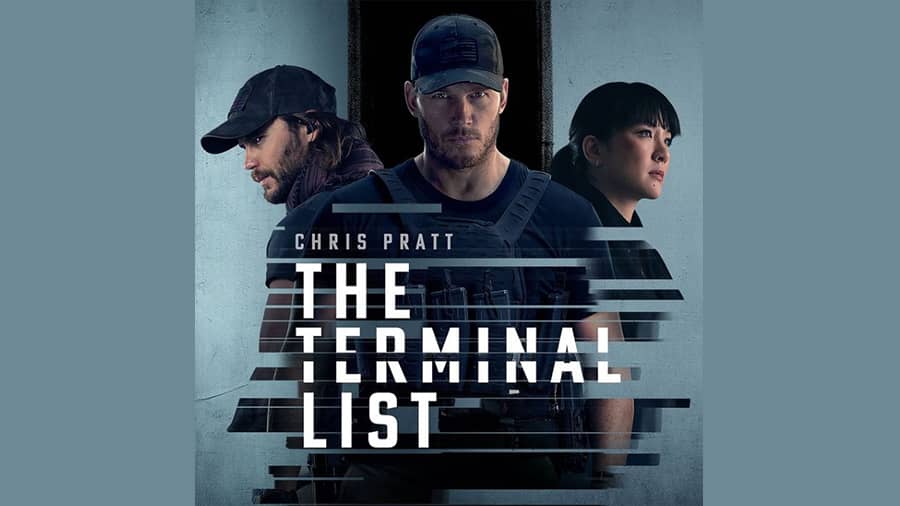 The Terminal List stars Chris Pratt and Taylor Kitsch say they are fascinated by the “extraordinary culture and food” of India and hope to visit the country one day.

While Pratt enjoys a massive fan following in India courtesy of Marvel Studios’ Guardians of the Galaxy films and popular TV show Parks and Recreation, Kitsch is well known for his performances in action movies John Carter and Battleship.

“To all our friends and fans in India, we love you. You were on our mind when we were making The Terminal List. We hope you enjoy this work of art, we worked very hard on it. We made it for you,” Pratt told PTI in a Zoom interview from Los Angeles.

The American actor said he hopes to come over to India soon. “We are eager to come and see you all very soon, and share your very extraordinary culture, your rich foods and fashions, your wonderful people,” he added.

Kitsch, who joined Pratt for the interview, has a similar wish. “I would love to come over to India, explore it and integrate myself into your culture. I’m fascinated by it. I hope one day that (wish) can come to fruition,” he said.

Based on the bestselling novel by Jack Carr, The Terminal List follows James Reece (Pratt) after his entire platoon of US Navy SEALs is ambushed during a high-stakes covert mission.

“Reece returns home to his family with conflicting memories of the event and questions about his culpability. However, as new evidence comes to light, Reece discovers dark forces working against him, endangering not only his life but the lives of those he loves,” reads the official plotline of the series.

Kitsch plays the role of Ben Edwards, a former US Navy SEAL who now works for the CIA. He uses his intelligence access to help Reece.

Both Pratt and Kitsch have played men in uniform in several films previously, but it was the originality of the source material that attracted them to the project.

Pratt, who also serves as a producer on The Terminal List, said author Carr’s experience as a US Navy SEAL gave the show a realistic edge.

“I loved the originality of the book, the authenticity of the point of view of the author who himself is a former Navy SEAL.”

“I was really intrigued at the opportunity to try something that would be a little surprising to audiences, something different that I had done before. I looked at it as an opportunity to challenge myself as an actor but also step into the world of being a producer and bring a book to screen. That was a big challenge,” the actor, whose last release was Jurassic World Dominion, said.

It is always “flattering” to be involved with the community of the armed forces in any manner, added Kitsch.

“I loved Jack Carr’s novel... These characters and the storyline in this psychological thriller, it’s very original. Going to work with him (Pratt), breathe into this brotherhood relationship that really is a driving force to the whole show all the way to the last beat (was the reason) I jumped at the opportunity,” he said.

Once back home, James Reece, Pratt’s character, is seen struggling with survivor’s guilt as he tries to piece together what went wrong during the mission.

While there has been a “heightened awareness” around the issues regarding mental health, one is often used to seeing the topic featured more in movies, noted Pratt.

“I hope to think that our understanding is raised. But I feel oftentimes it’s a simple thing to add to a character who’s come home from war without actually addressing the realities of the situations.”

“Often what we learn about post-traumatic stress disorder, traumatic brain injury or resonating trauma of war is through television and films,” he said.

This is where, Pratt said, the series benefited immensely from real-life war veterans Carr, co-producer and ex-US Navy SEAL Jerrod Shaw, and Max Adams, a former US Army ranger, being part of the writing room.

“What I really loved about The Terminal List is we have brought, both in front of the screen and behind the screen, a multitude of men who have been to war. These men have been overseas to war, so their points of view have been told from an honest place and in a much more human manner that I think they are portrayed in films simply by people who are writing from the experience of having seen war on TV, not in real life,” he added.

“Trying to numb it with pills is not the greatest way to go about it. So, I love that there is a progressive stand to it,” the Canadian actor said.

It is executive produced by Pratt and Jon Schumacher through Indivisible Productions, Antoine Fuqua through Fuqua Films, and writer-showrunner David DiGilio.

Carr serves as executive producer along with writer Daniel Shattuck.

The Terminal List is a co-production from Amazon Studios and Civic Center Media in association with MRC Television.

The series is set to premiere on Prime Video on July 1.